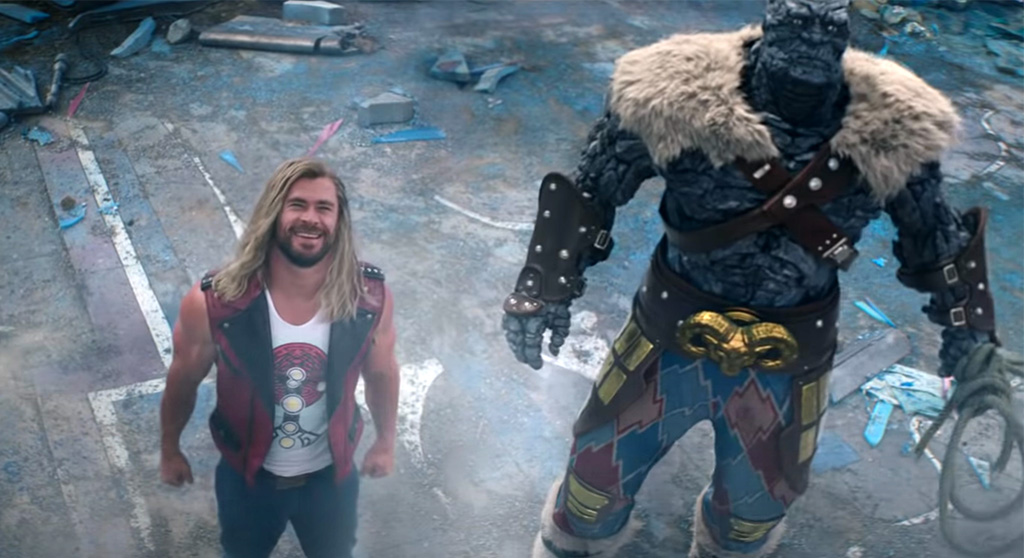 The hits just keep on coming. Hollywood lost a true icon when James Caan passed away Wednesday. Best known for his performance as Sonny Corleone in Francis Ford Coppola’s mafia saga “The Godfather” (1972), Caan played tough guys such as the rebellious Jonathan E. in the futuristic gladiator pic “Rollerball” (1975) but also had an eclectic career that put him in the company of cinematic titans. He made his big-screen debut in Billy Wilder’s “Irma La Douce” in 1963, starred opposite John Wayne and Robert Mitchum in the Howard Hawks’ western “El Dorado” (1966) and appeared in Wes Anderson’s directorial debut, “Bottle Rocket” (1996). Playing against brooding type, Caan made rom-coms with leading ladies of the time, including Barbara Streisand (“Funny Lady”), Bette Midler (“For the Boys”) and Marsha Mason (Neil Simon’s “Chapter Two”). He joined with Nic Cage and Sarah Jessica Parker for the comedic “Honeymoon in Vegas” (1992) and, of course, the instant Christmas classic “Elf” (2003).

Caan would make three films with Coppola – “The Rain People” (1969) with Shirley Knight and Robert Duvall, “The Godfather,” for which Caan would be Oscar-nominated for his Supporting Actor turn, and the Vietnam vet saga “Gardens of Stone” (1987), a comeback for actor and director. Caan would also be notable for his part in Rob Reiner’s adaptation of the Stephen King novel “Misery” (1990) as a hobbled author taken hostage by a crazed fan (Kathy Bates, who would win an Oscar). Caan even directed one film, “Hide in Plain Sight” (1980), based on the true story of a man who goes on a quest to find his ex-wife and children after she gets involved with a low-level mobster.

Other classic Caan turns that get overlooked are the World War II epic “A Bridge Too Far” (1977), road comedies “Slither” (1973) and “Freebie and the Bean” (1974), “The Gambler” (1974), “Dick Tracy” (1990) and the race track flick “Red Line 7000” (1965, also directed by Hawks). My personal Caan favorites remain “Brian’s Song” (1971), the heartbreaking tale of terminally ill Chicago Bears running back Brian Piccolo trying to get through one more season with the help of teammate, friend and NFL great Gale Sayers (Billy Dee Williams); the Sam Peckinpah espionage thriller “The Killer Elite” (1975); and Michael Mann’s electric feature debut, “Thief” (1981), with Caan playing a very private master safecracker who runs a car dealership as a front. The heist scenes and the score by Tangerine Dream are perfectly frenetic, and the unlikely ensemble of Jim Belushi and Willie Nelson as Caan’s crew, Tuesday Weld as his love interest and Robert Prosky as the local heavy who wants in on Caan’s take couldn’t be more inspired. (Tom Meek)

The Brattle’s “Lost in America” program wraps up Monday with Gregg Araki’s bold and edgy redefinition of gay cinema, “The Living End” (1992), which has two HIV-positive lovers – remember, this was before there was a mass-produced cocktail treatment, and AIDS was just a “gay problem” – say “screw it” and take off on a go-for-broke spree across America. “Ziegfeld Girl” (1941) plays Tuesday for a Judy Garland centennial celebration. A screening of Albert Birney and Kentucker Audley’s trippy futuristic neo-noir “Strawberry Mansion” is Wednesday, with the filmmakers in attendance virtually. And speaking of cool, culty quirks, on Thursday there’s a screening of John Boorman’s “Zardoz” (1974), the gonzo sci-fi adventure featuring Sean Connery in a Borat-styled unitard that would make a perfect triple bill with “Logan’s Run” (1976) and Alex Garland’s “Men” (2022), plus Friday area premieres of Apichatpong Weerasethakul’s “Memoria” (2021), starring Tilda Swinton as a woman who hears weird noises in the jungle at night, and “Flux Gourmet” from art house horror auteur Peter Strickland, who does here to food what he did to fashion in “In Fabric” (2018). (Tom Meek)

The “Complete Federico Fellini” program at the Harvard Film Archive – which I am told is the only archive playing the full library of Fellini’s work around the country – continues with replays of collaborations with Roberto Rossellini “The Miracle” (1948), which starred Fellini, and the neorealist-defining film “Rome, Open City” (1945), to which Fellini contributed to the script. “Open City” plays Monday; “The Miracle” plays Saturday with “The White Sheik” (1952). Also playing are “Variety Lights” (1950) on Friday and Fellini’s take on the notorious libertine “Casanova” (1976) on Sunday. (Tom Meek)

Big-screen repertory at Somerville Theatre shifts this week to blaxploitation and other classics homing in on issues of race, with several screenings of classics “Coffy” (1973) starring era icon Pam Grier and “Shaft” (1971), with one of the coolest theme songs ever. Then there’s a second shot of Grier as the title character in Quentin Tarantino’s subtly affecting “Jackie Brown” (1997), with an all-star cast that includes Robert Forster, Bridget Fonda, Samuel L. Jackson, Robert De Niro, Chris Tucker and Sid Haig. It plays Thursday. Then there’s a smattering of showings of “To Kill a Mockingbird” (1962) and Norman Jewison’s searing indictment of racism in the South, “In the Heat of the Night” (1967), which won five Academy Awards, including Best Picture – sadly, none for Sidney Poitier, who carries that film, but rightfully so for Rod Steiger as the Mississippi sheriff who comes to eventually take Poitier’s Philadelphia detective for a human and not a skin color. (Tom Meek)

This week’s #RoadLife Retro Replay at the Landmark Cinemas Kendall Square is that boozy bachelor party aftermath in Vegas, “The Hangover” (2009), which made Bradley Cooper a Hollywood it guy, spurred two sequels and underscored the comedic talents of Zach Galifianakis (“Between Two Ferns”) and Ken Jeong, whose brand of gonzo relentlessness practically steals the film. (Tom Meek)

Writer, director and cheeky onscreen presence Taika Waititi (“Jojo Rabbit,” “What We Do in the Shadows”), who helped make “Thor: Ragnarok” (2017) one of the more merry and enjoyable Marvel chapters (“Guardians of the Galaxy” is in that convo too) returns to helm this next chapter to lesser effect. Our catalyst for hammer-wielding antics is Gorr the God Butcher (Christian Bale), introduced as a sympathetic, once-faithful follower who beseeches his god for help. Happenstance and a cursed sword (think the ring from “Lord of the Rings”) sets Gorr on a quest for revenge and divine genocide of his once-beloved idols. Thor (Chris Hemsworth), one of many Asgardians in Gorr’s path and focused on saving his kin, gets sidetracked some by a chance reunion with old flame, Dr. Jane Foster (Natalie Portman), now empowered and reminted as “The Mighty Thor.” The sumptuous visual palette alternates from godly vibrance to the doomed and drained, practically black-and-white framings of Gorr. Nods to “Mad Max Beyond Thunderdome” (1985) and the Muppets add comic touches. In a deft twist on class war – the gods bleed gold – Thor must confront his privilege and make amends for other gods’ failures to keep promises. (Sarah Vincent) At Landmark Kendall Square Cinema, 355 Binney St., Kendall Square; Apple Cinemas Cambridge, 168 Alewife Brook Parkway, Cambridge Highlands near Alewife and Fresh Pond; and AMC Assembly Row 12, 395 Artisan Way, Assembly Square, Somerville.

Grad student Alice (Portia Chellelynn) hides from an abusive ex at a new locale. The attic digs, however, provide little reprieve as Alice is harried by a hostile landlady, an alcoholic Christian, waking dreams of human sacrifice, sudden illness and a Lynchian rat humanoid. They’re the lesser of two evils and, Alice believes, the key to proving that interdimensional travel exists. Referring to Lovecraft in the title evokes nostalgia for other big-screen adaptations of the celebrated fantasy and horror author’s works, such as “Banshee Chapter” (2013), “Color Out of Space” (2019) and “From Beyond” (1986). That said, the film relies on stale Satanic and witch-coven horror tropes borrowed heavily from Roman Polanski’s “Rosemary’s Baby” (1968) and Robert Eggers’ “The Witch” (2015). Real grad students will be even more horrified when Alice examines historical documents without wearing gloves while drinking wine. The film slackly (and sloppily) also borrows the visual sheen of 1970s Italian giallo films. For those looking to sate prurient desires, the sex scenes with a buxom female subject and demonic figure equipped with multiple members should satisfy. The more bloodthirsty will have to wait until the end for heads to roll and bowels to be spilled. (Sarah Vincent) On Amazon Prime Video.