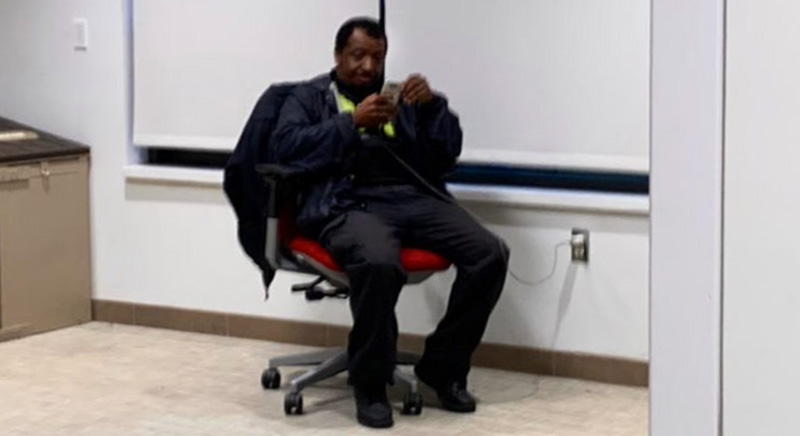 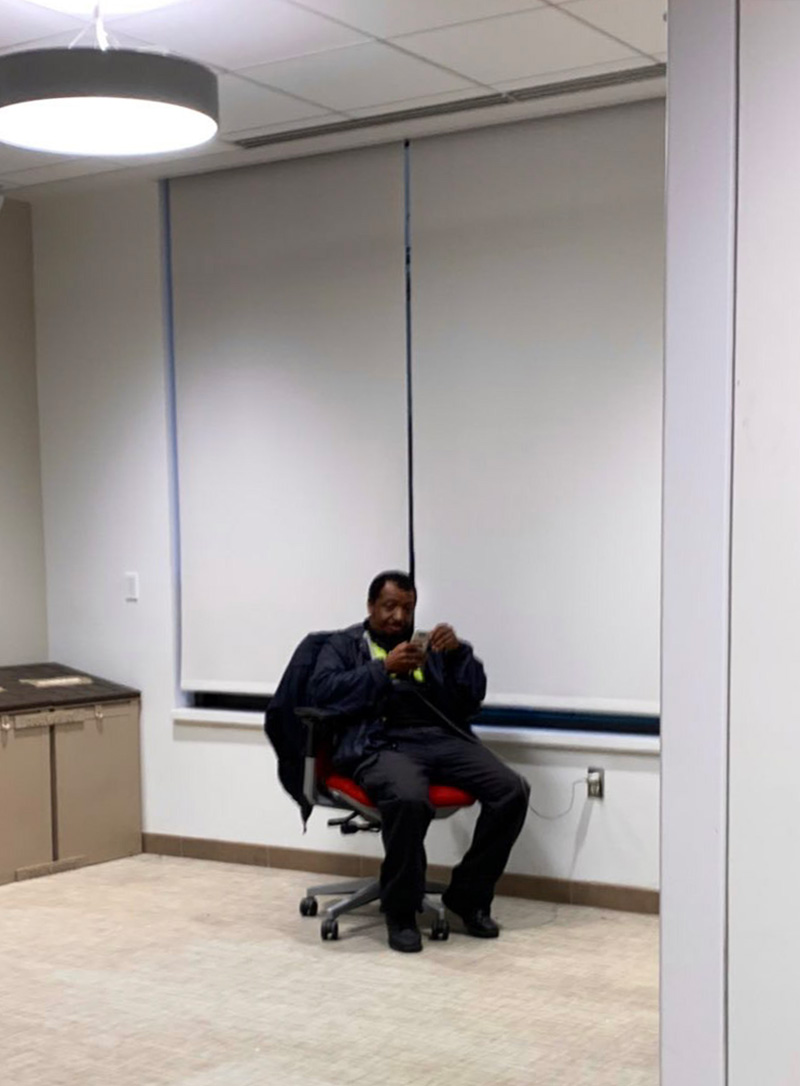 A 1st Armored security guard at the Manning Apartments in Central Square is seen June 9. Residents say the company did little to prevent hazards to their safety. (Photo: Tyler Motes)

The Cambridge Housing Authority is hiring a new company to provide security at Central Square’s Manning Apartments, a public housing complex serving seniors and disabled residents, after announcing the termination of a contract with 1st Armor Protection Services.

The announcement came in a CHA board of commissioners meeting Wednesday from Michael Johnston, executive director. Though a two-year contract was signed in July 2021 with the potential for an additional three extensions of one year each, the company has since “run amok,” he said.

Manning residents have complained of issues from finding blood and urine on the floors of public areas to being threatened with violence – the outcome of illegal activity around the apartment complex and entry by unwanted guests, often to sell or use drugs. Residents said 1st Armor guards did little to stop the activity and, sometimes, never showed up for their shifts. In a July 13 board meeting, Johnston described one guard stationed at Manning that was particularly ineffective, wanting only to sit in the guard’s room.

After the situation worsened in the spring, Johnston said he “had a frank conversation” with 1st Armor executives and ran through a list of complaints. The company’s response June 24 was to say it would withdraw from Cambridge public housing when its contract ended.

“Irreconcilable differences” since then resulted in the termination and may spark legal action, Johnston said in a Tuesday email.

In its search for a security company to contract with for at least a year, the housing authority released a request for proposals Aug. 8. It is accepting proposals until 11 a.m. Aug. 25.

As a temporary solution, MDS Security will work at Manning until October. The company was hired by the housing authority in 2019 with a two-year contract that expired in 2021, when 1st Armor was contracted to replace it.

CHA held an Aug. 4 meeting for residents to meet representatives of the new company and voice concerns. Johnston said that at this meeting, residents reported improvements in conditions around the complex since the Cambridge Police Department stepped up its presence in the area.