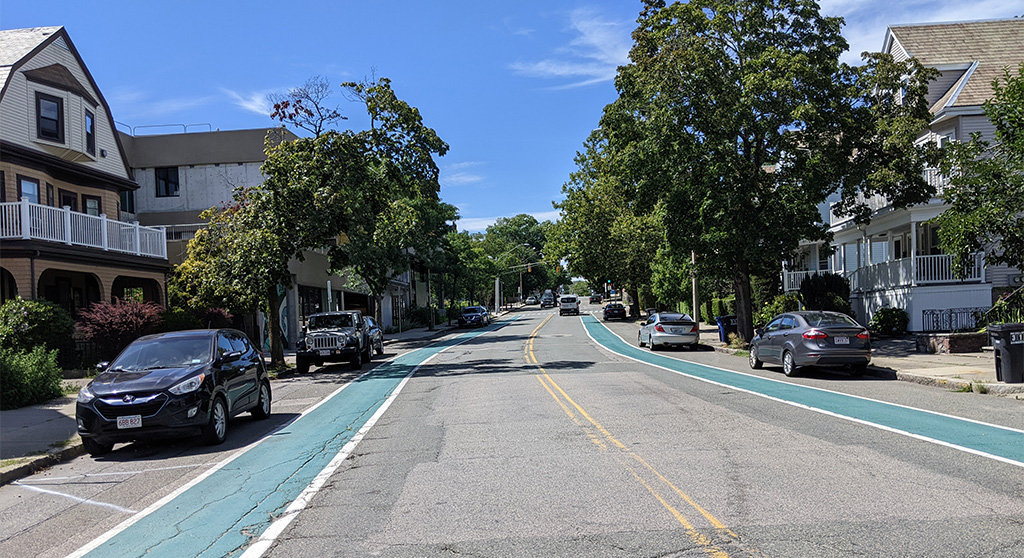 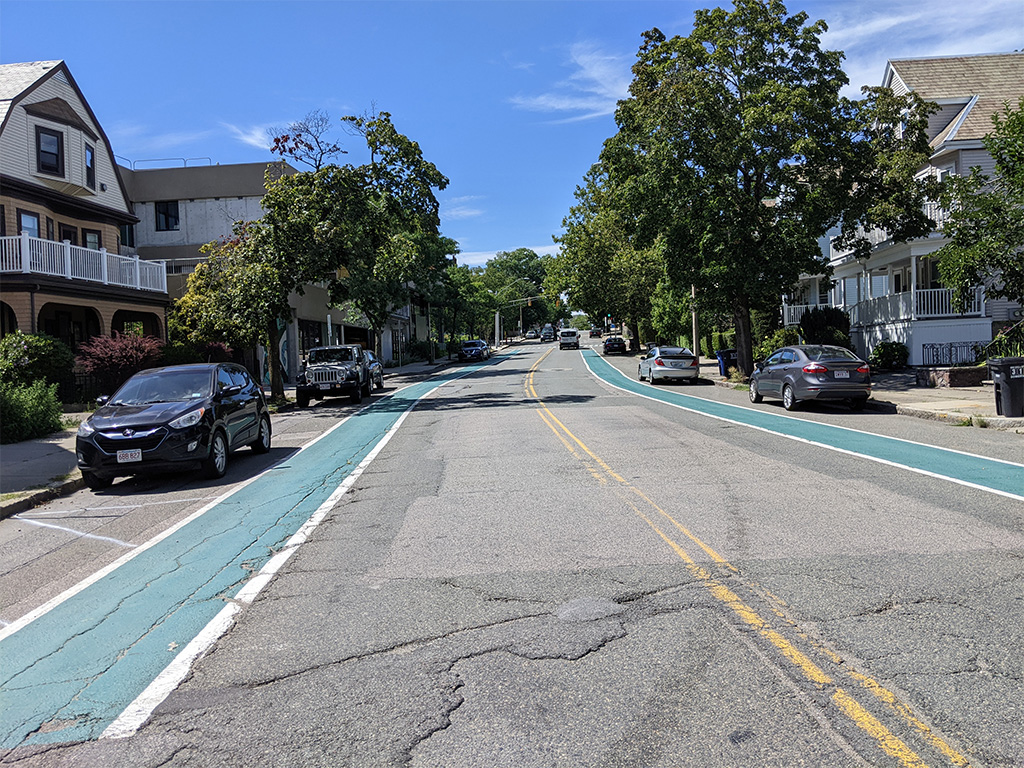 A stretch of Broadway in Somerville near where a bicyclist was fatally injured Friday. (Photo: Arah Schuur/Somerville Bicycle Safety)

Somerville will add protected bike lanes on each side of Holland Street, where a bicyclist was killed Aug. 12, said the city’s mayor, Katjana Ballantyne, said in a statement posted Thursday.

“I inherited a design that did not include protected bike lanes for the full length of Holland Street. As mayor, I have a unique opportunity to save lives by changing the design. I am determined to take that opportunity,” Ballantyne said. ‘I have directed city staff to prepare a new plan.”

Stephen Conley, 72, was riding west at 1055 Broadway near Somerville’s Teele Square at approximately 11:20 a.m. Aug. 12 when the driver of a Land Rover opened the driver-side door into him, according to the Middlesex District Attorney’s Office – a form of injuring cyclists call “dooring.” Conley was taken to Massachusetts General Hospital, where he died from his injuries the next day.

The stretch of road where died has bike lanes marked off by paint, but not protected by physical infrastructure or engineered to avoid dooring incidents.

The new bike lanes would stretch from Teele Square to Buena Vista Road, including the west section of Broadway. and be implemented this fall to accompany “long-scheduled paving” of Holland Street, Ballantyne said. But the move will need formal approval from the city’s Traffic Commission; a public meeting was promised for late September with opportunity for public comment.

Bike advocates supported the proposal of lanes as “practical,” considering the repaving of Holland Street this month and roadwork scheduled for Broadway in 2024.

“We appreciate Mayor Ballantyne’s thoughtfulness on this issue. The mayor’s decision prioritizes people’s lives while accommodating the practicalities of implementing streetscape changes,” said Arah Schuur and George Schneeloch of the Somerville Bike Safety group. “Protected bike lanes would have prevented the fatal crash which occurred last month when a driver opened their door into the unprotected bike lane, striking a person riding by.”

The group encouraged Somerville’s City Council and Mayor’s Office to go further and pass a “safe streets” law ensuring the implementation of a network of protected bike lanes according to a timeline – similar to one passed in Cambridge in 2019 and 2020 but embroiled in legal actions over the loss of parking spaces – and to “make needed pedestrian and [Americans with Disabilities Act] safety improvements in our city.”