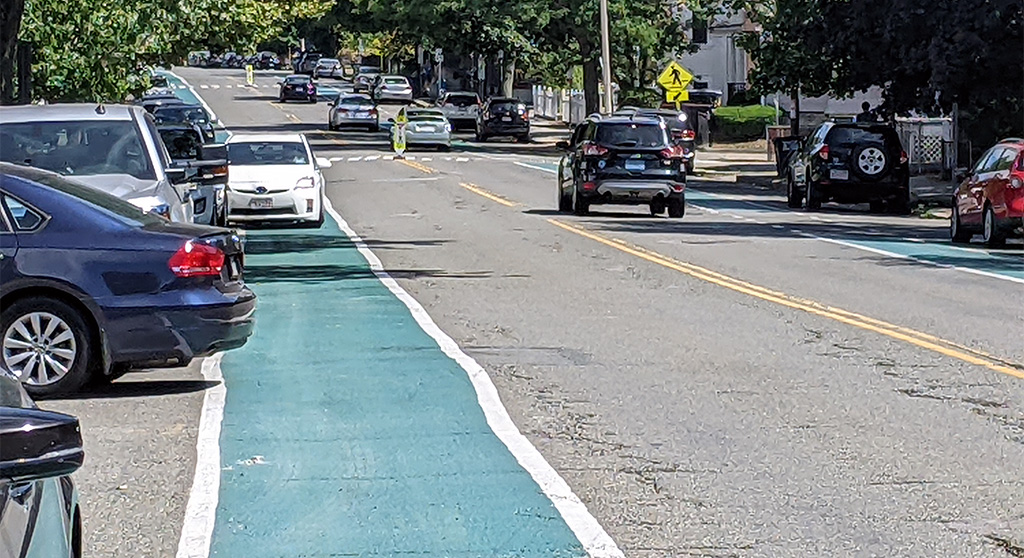 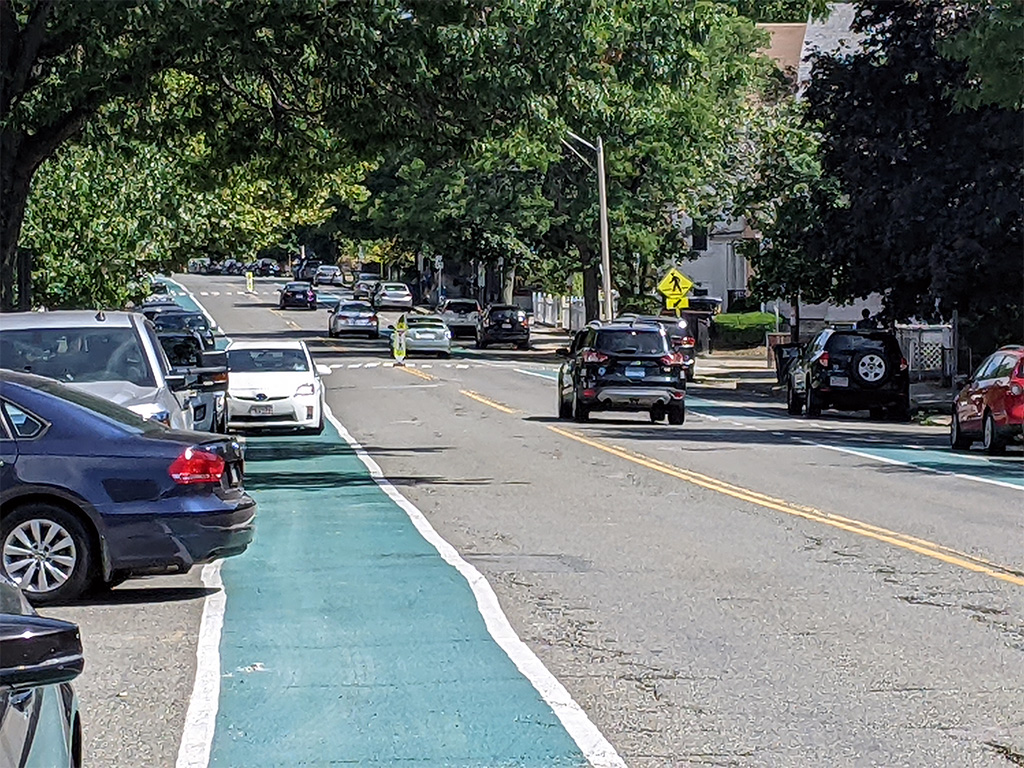 A stretch of Broadway in Somerville near where a bicyclist was fatally injured Friday. (Photo: Arah Schuur/Somerville Bicycle Safety)

A Somerville bicyclist was killed Friday after the driver of an SUV opened a car door and hit him, according to the City of Somerville and Middlesex District Attorney’s Office.

Stephen Conley, 72, was riding west at 1055 Broadway near Somerville’s Teele Square at approximately 11:20 a.m. Friday when the driver of a Land Rover opened the driver-side door into him, the DA’s Office said – a form of injuring cyclists call “dooring.” Conley was taken to Massachusetts General Hospital, where he died from his injuries the next day.

The driver stayed on the scene and is cooperating with the investigation, police said. No charges have been filed.

Conley was riding in the bike lane, which is unprotected from car traffic on this stretch of Broadway. Somerville’s Bicycle Network Plan would remove the existing unprotected bike lanes on Broadway and add a protected lane in only one direction, according to the Bicycle Network Plan Draft. In a Monday press release, Somerville Bike Safety called on the city to add protected bike lanes in both directions on Broadway between Alewife Brook Parkway and Powder House Circle.

“We are angry that we have to mourn another unacceptable, preventable loss of life on our streets,” Somerville Bike Safety leaders said in an email. “Somerville is a city that has been committed to Vision Zero for the last five years, but we continue to see people walking, rolling, and biking struck, injured, and killed by drivers.”

“Paint isn’t protection,” said Arah Schuur, one of the founders of Somerville Bicycle Safety. “I live about three blocks from where this happened. I ride my bicycle on Broadway all the time. There is no safe way for people in West Somerville to get to and from places in the city safely by bicycle, and that needs to be remedied immediately.”

It’s a city goal to give cyclists of all ages a way to ride a bike anywhere in the city, Mayor Katjana Ballantyne has said.

Conley was the sixth person over the age of 60 killed in the past decade while biking in Boston, Cambridge, and Somerville, according to data from MassBike and other safety advocates. He was killed only a month after Cambridge cyclist George Clemmer, 71, was hit by a truck.

“No words can ease the pain of the victim’s family, friends and loved ones,” Ballantyne said in a press release Monday. “And now is a time to grieve, but we must also commit to action. Our full community must commit to saving lives by challenging the status quo.”