New ‘Pinocchio’ about which we cannot tell a lie, and playing in repertory, ‘Cemetery of Splendor’ 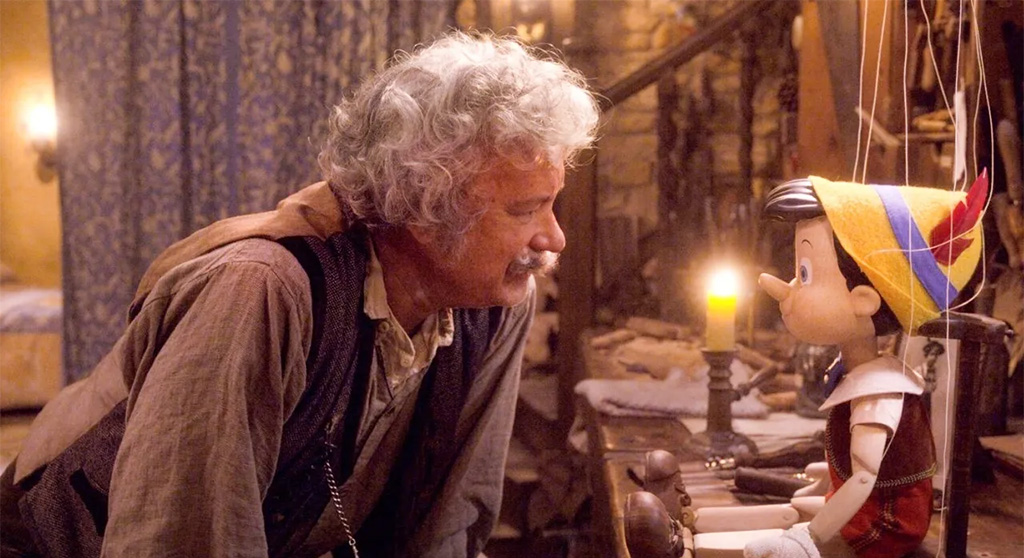 New ‘Pinocchio’ about which we cannot tell a lie, and playing in repertory, ‘Cemetery of Splendor’

“The Story of Film: A New Generation” sidebar presentations continue at The Brattle Theater this week with “Cemetery of Splendor” (2015) by Thai filmmaker Apichatpong Weerasethakul (“Memoria,” “Uncle Boonmee Who Can Recall His Past Lives”), about soldiers encountering a strange sleeping sickness; the trawler boat documentary “Leviathan” (2012) from local filmmakers Lucien Castaing-Taylor and Véréna Paravel, with its magnificently pure mise en scène; “Moonlight” (2016), Barry Jenkins’ Oscar-winning contemplative drama about race and sexuality; and the what-lurks-in-the-shadows chiller “It Follows” (2014) from David Robert Mitchell. On Friday, The Brattle begins its “Taking the Bleak with the Sweet: The Films of Mike Leigh” program, showcasing eight masterworks by the revered British sociologist and filmmaker. On this week’s docket are “High Hopes” (1989), a darkly comic portrait of late Thatcher-era London; “Life is Sweet” (1990); “Meantime” (1983), another poke at Thatcher starring Alfred Molina and Gary Oldman in his first major role, with the two teaming up again in four years for “Prick Up Your Ears”; Leigh’s take on Gilbert and Sullivan, “Topsy-Turvy” (1999); and “Career Girls” (1997), in which college roommates (Katrin Cartlidge and Lynda Steadman) reunite in the real world. Also beginning Friday is the area premiere of Jean Luc Herbulot’s “Saloum” (2021), a horror thriller tagged as “Once Upon a Time … in Africa.”

At the Harvard Film Archive, the “Early Kiarostami” program continues with the Iranian director’s first feature, “The Traveler” (1974), about a boy who cons his classmates to get bus fare to a soccer match; the third installment of Abbas Kiarostami’s “Koker Trilogy,” “Through the Olive Trees”; two documentaries about the classroom, “Homework” (1989) and “First Case, Second Case” (1979); and one about municipal policy and folly, “Fellow Citizen” (1983). The documentaries are each accompanied by a Kiarostami short.

Just a few doors down on Quincy Street, the Harvard Art Museums begin a fall program of “Screens for Teens,” an eclectic lineup of films for kids and mainly about kids. Attendance is free, but registration is suggested, as seating is limited. Today the museum cues up “Clueless” (1995), the valley-girl spin on Jane Austen’s “Emma.” Next Sunday – and this is what I mean by eclectic and broad-ranging in subject and relevance – is Eliza Hitman’s “Never Rarely Sometimes Always” (2020), dealing with teen abortion in tender and immersive fashion. The nuanced performance by lead Sidney Flanigan, a relative newcomer, feels veteran and lived-in. Other films on the fall slate include the Korean zombie-apocalypse thriller “Train to Busan” (2016), the travails of indigenous teens in “Portraits from a Fire” (2021) and “The Muppets Christmas Carol” (1992).

The “Back to School” Retro Replay Tuesdays at the Landmark Kendall Square Cinema continue with “Fame” (1980), about the hopes and travails of aspiring dancers, performers and artists attending the New York’s High School of Performing Arts. Directed by the recently passed Alan Parker (“The Wall,” “Evita,” “Midnight Express”), the film’s a compendium of high drama and infectious impromptu hallway performances that’ll have your foot tapping in the aisle.

The latest Disney animated classic to get the live-action treatment (like “Mulan,” with “Little Mermaid” coming). The talent behind it is incredible – it’s directed by Robert Zemeckis (“Who Framed Roger Rabbit,” the “Back to the Future” movies, “Forrest Gump,”) and stars Tom Hanks, who worked with Zemeckis on “Gump” (1994), “The Polar Express” (2004) and “Cast Away” (2000), Joseph Gordon-Levitt, Cynthia Erivo and Keegan-Michael Key. You know the deal: Geppetto (Hanks), the old Italian woodworker and clockmaker with a hole in his heart, yearns for a son and gets his wish granted by a fairy (Erivo, singing “If You Wish Upon a Star”) who animates the wooden boy marionette of the title. Benjamin Evan Ainsworth’s voice imbues Pinocchio with genuine boyish wonderment, especially when caught up in a scheme by Honest John, a conniving fox (Key), to gain fame. But somehow the film feels inert compared with the 1940 animated classic, like it’s assembled by an AI program and just going through the motions. Some of the set pieces (such as the unwise venture to Pleasure Island) and FX impress, but there’s not enough of Hank’s avuncular charm or Gordon-Levitt’s cheerful zest as Jiminy Cricket. Know too there’s another live-action “Pinocchio” on the way from Guillermo del Toro for Netflix this year with the voices of Ewan McGregor, Ron Perlman, Tilda Swinton and Cate Blanchett, and there was a 2019 version too that starred Roberto Benigni. On Disney+.