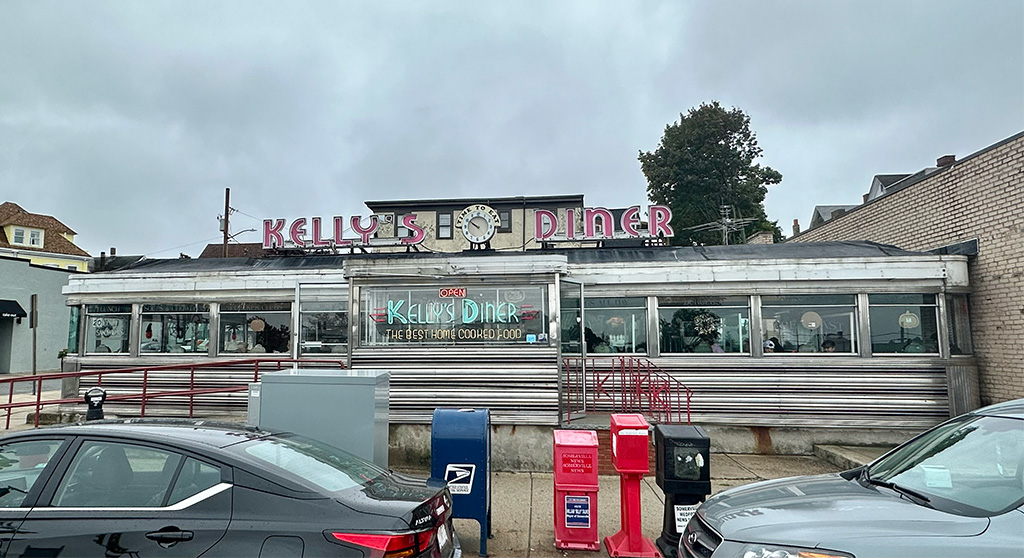 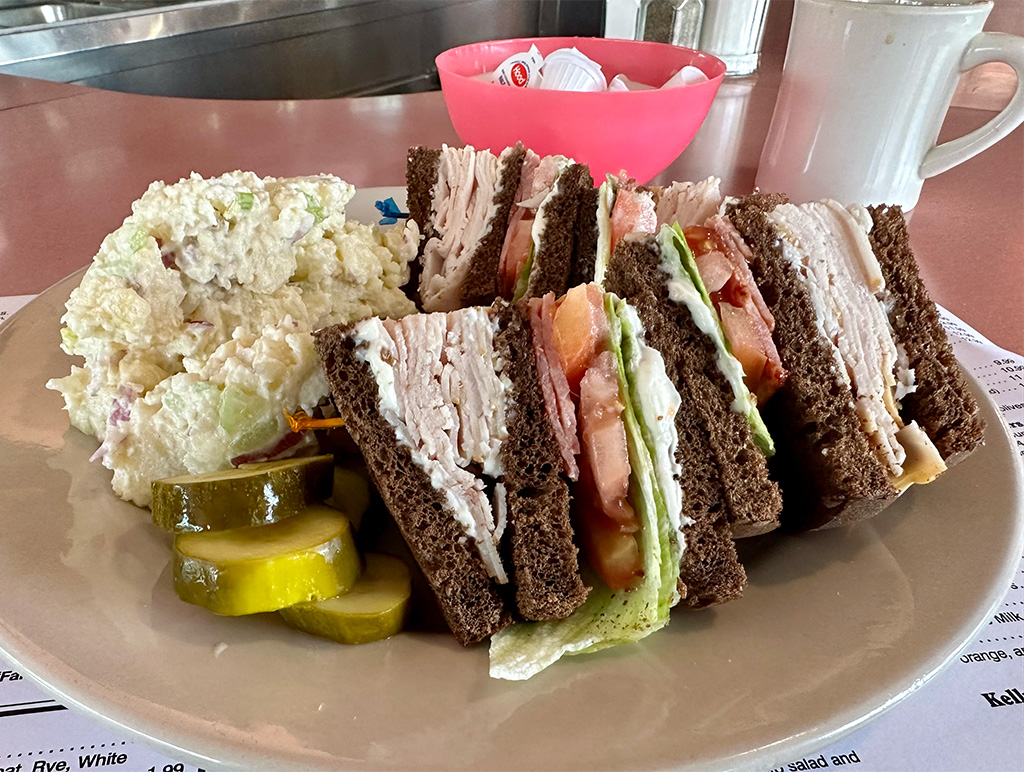 We wrote about the merits of Buddy’s Truck Stop on Washington Street a few weeks ago and listed some of the area’s remaining old-school diners. One we left off was Kelly’s in Ball Square, which, along with Sound Bites, the Ball Square Cafe and True Grounds, makes the area something of brunch central. Before we fully ordain Kelly’s as retro, though, its been there only since 1996, when the Holmes family, wanting to open an eatery, bought a 55-foot, 1953 Jerry O’Mahony rail-style diner from a dealer in Delaware and had it shipped here in two pieces.

The feel inside and out is classic, with rotating bar stools, Betty Boop and James Dean statues and linoleum as far as the eye can see. The menu is nuts and bolts: eggs and omelets, deli sandwiches and burgers. Where it stands out is on the New England classic meatloaf, turkey and grilled steak (or steak tips) dinners that come with mashed potatoes and veggie, not to mention the homey comfort of liver and onions and franks and beans. But Kelly’s is also spot on for its triple-decker clubs, which are stacked high, cut neat and best had with a side of the housemade potato salad. Like those dinners, it’s very New England: red bliss potatoes, finely chopped celery, onion and egg – gotta have the egg. I had the roast turkey club on rye with well-cooked bacon (not fatty and not dry, crispy or burned), fresh tomato and lettuce and not too much and not too little mayo. It made for a satisfying, hearty eat, each thick triangle pierced through with a decorative toothpick and coming, of course, with a pickle spear.

Kelly’s has an old-school feel outside … 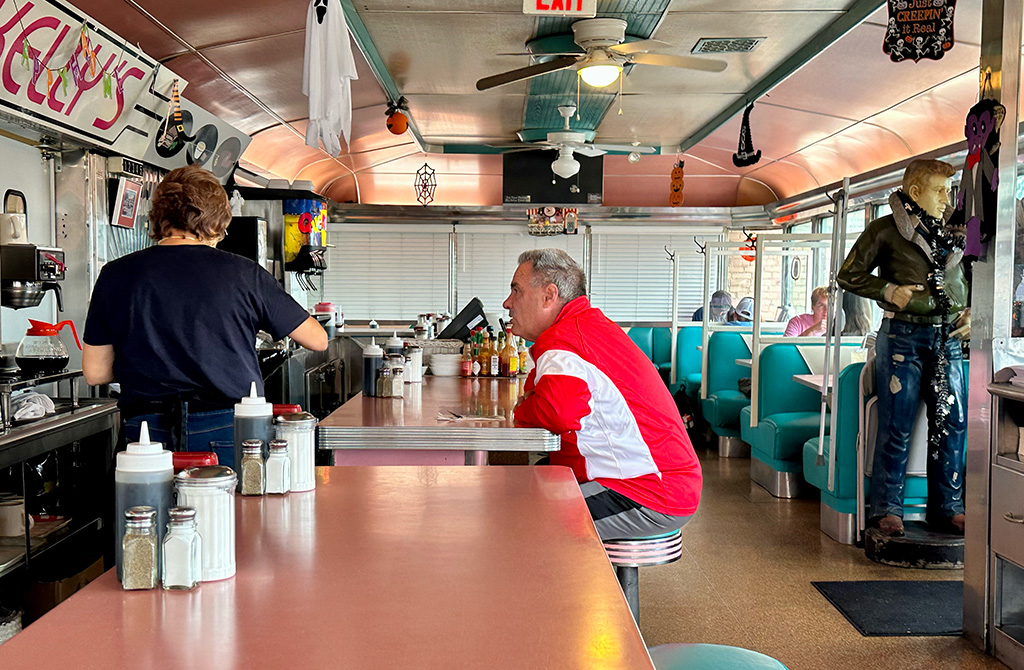 There are rotating daily specials each week – more regional classics such as boiled dinner (Thursday), baked haddock (Friday) and chicken pot pie (Tuesday), and you can get a bottomless cup of coffee for less than $2. Kelly’s opens at 6 am. and closes at 3 p.m., and for breakfast or lunch you get a good, homestyle meal with throwback charm and waitstaff that reminds me of those at Nick’s Beef and Beer House, but without the gruff impatience. How Kelly’s stacks up to its neighbors as far as old-school goes: It and Sound Bites opened in the same year, 1996; True Grounds in 2004; and the Ball Square Cafe in 2007. All will benefit from the square’s soon-to-open T stop, right across the street from Kelly’s.