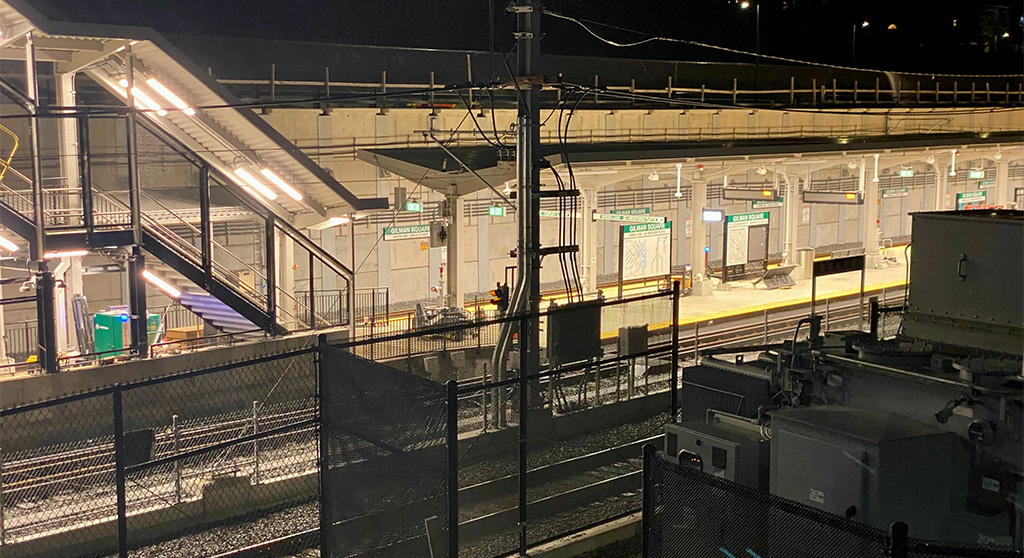 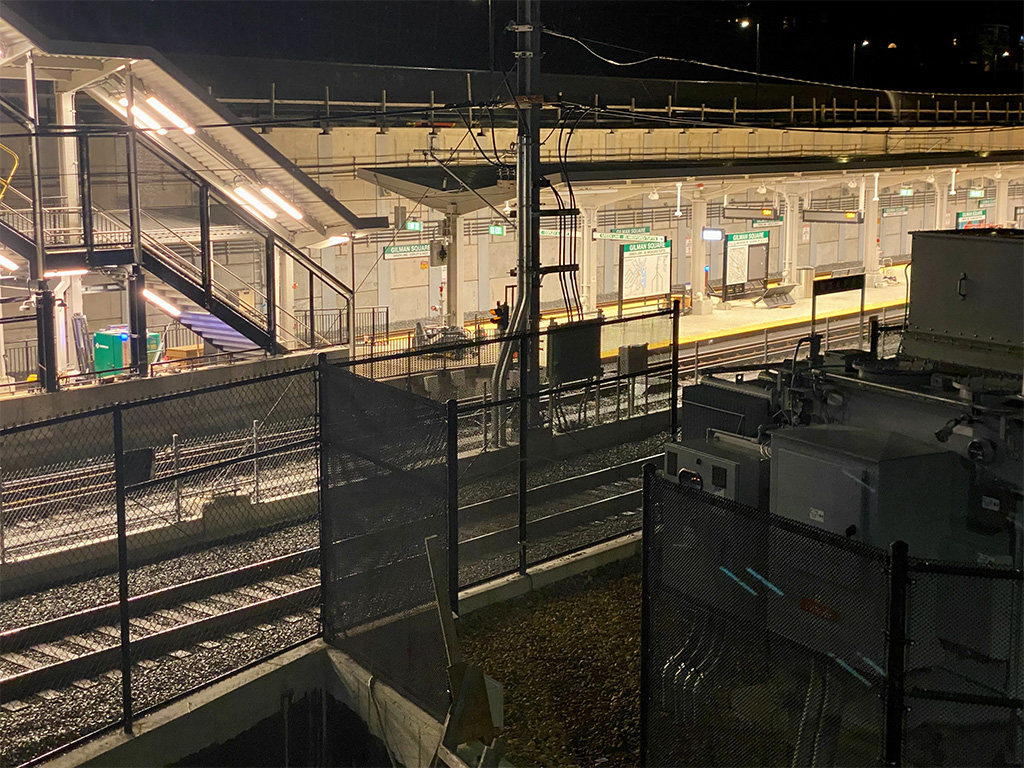 The Gilman Street T stop seen Oct. 10. When it opens next month, it will serve the high school, City Hall and public library. (Photo: Marc Levy)

The five stops along the Medford branch of the MBTA’s green line extension through Somerville will open Dec. 12, the transit agency said at a Thursday meeting of its board of directors.

Their opening was a moving target: In March, as service restarted at a relocated Lechmere MBTA station and launched a one-stop spur to a new Union Square station in Somerville, the Medford branch was announced by transit officials as starting in May or June. That became late summer; in August, it was expected to be “late November.”

“We had some additional work we wanted to get done,” MBTA general manager Steve Poftak said during a Thursday presentation, calling the branch – the culmination of the project, which was once expected to extend to Route 16 – something the agency had been “eagerly awaiting.”

The delay was caused not just by Medford branch construction, but by work “across our system,.” Poftak said. “We wanted to make sure we did it safely and did it properly.”

Much of Thursday’s meeting was about the agency’s bus network redesign, which has caused concern as city officials and residents worry about changes that will hurt students and the network’s most frequent riders.

There’s even another problem, state Rep. Mike Connolly noted as he monitored the meeting: “The T is currently short about 300-plus bus drivers, and to implement the vision of the Bus Network Redesign, an additional 400-plus bus drivers are going to be needed – so the T will need to hire a total of well over 700 additional bus drivers in the coming years.”