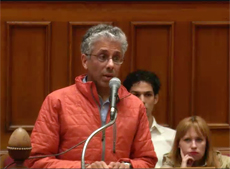 Another barrier to opening a medical marijuana dispensary has fallen with a city legal opinion set to be heard Monday by city councillors.

Councillors asked for the legal opinion April 11, after some members of the council and the public worried that a one-block change in zoning to allow a dispensary at 1001 Massachusetts Ave. in the Mid-Cambridge neighborhood seemed like “spot zoning” that was unfair to other pot businesses and possibly illegal.

“Although the existing zoning district is very small, consisting of just one city block, the [approach being taken] could be viewed as providing support for a conclusion by the courts that the proposed zoning amendment would not be considered impermissible spot zoning or reverse spot zoning,” city solicitor Nancy Glowa said in her memo to the council.

A company called Sage Cannabis is seeking a medical marijuana district on a block between Central and Harvard squares despite the city having two official districts for dispensaries in the farther-flung Alewife and NorthPoint neighborhoods. Despite Cambridge voters endorsing dispensaries enthusiastically in a statewide vote in November 2012, no such businesses have managed to find a home in either existing zone.

The Planning Board approved Sage’s petition to change the zoning in an existing business district in a letter to the council March 22; the city’s Law Department is following suit.

The request came in a late policy order led by councillor David Maher, who has described the zoning as affecting “one half of the street for one block.” He noted that the spot-zoning concern had been raised several times – vice mayor Marc McGovern said in November that he would welcome a legal opinion on the issue, and the issue had been around long enough that on April 11 some councillors thought they’d already heard a response.

“On several occasions people have talked about this, but I don’t think we’ve gotten” an official response, said Maher, who sought an official opinion over informal answers by other councillors who felt they voted on “spot zoning” for real estate developers as a matter of course.

“It is a good issue to raise, but quite frankly we approved something last year that, if that passed, this is going to pass,” councillor Dennis Carlone said, referring to developer’s zoning proposal for Central Square. “The only thing I can think of is that because this is medical marijuana, it’s special.”

McGovern also said two weeks ago that he felt he knew what Glowa’s answer would be, but was happy to get official word. “If that will help councillor Maher vote in favor of this, that would be great. It’s worth asking,” he said. 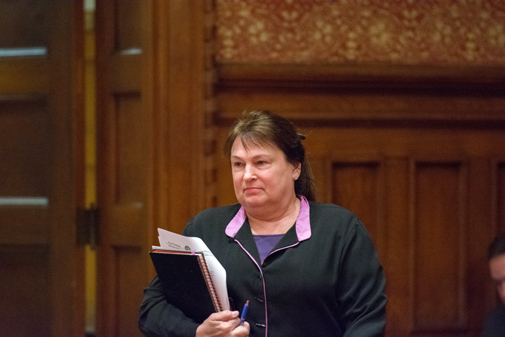 In Glowa’s words, since the entire “BB-2 district” by Harvard Square would be rezoned in the Sage petition, “a court could conclude if the Sage petition is enacted that there has not been a singling out of one lot or a small area” for special treatment – even though the district is small.

While public testimony in past weeks suggest many residents will be happy to hear the legal opinion, there are a few who have worried that the presence of a medical marijuana dispensary send a bad “message” to kids.

Sanjoy Mahajan, a lecturer at the Massachusetts Institute of Technology who lives near the location for the proposed dispensary, said April 11 during the council’s public comment that the Sage petition bordered on illegal spot zoning and was “very much a special case. It’s too bad they couldn’t find a landlord in one of the target districts, but until Bernie Sanders becomes president, that’s capitalism.”

Councillor Craig Kelley, who has spoken in support of finding reasonable spots for dispensaries citywide through an “overlay” district as an alternative to approving the Sage petition zoning, had a new suggestion in a letter to fellow councillors dated Thursday: researching “before the council takes action” what agreements other cities with dispensaries extract from those businesses.

Worcester, for instance, got an agreement with a dispensary to: donate $100,000 per year to the city, increasing to $200,000 after 36 months of operation and rising with inflation; pay 1.5 percent of gross sales revenue during the first year, increasing to 2.5 percent after 36 months; and contribute $10,000 annually to a local charity “in the immediate vicinity.”

“Other cities have taken similar steps,” Kelley said. “Prior to approving the rezoning proposal … we should at the very least have an intentional conversation about the terms and expectations we might place on [Sage] should it open in the heart of the Central and Harvard Square neighborhoods.”