Expect to see rise in parking meter rates citywide to $1.25, and higher in Harvard 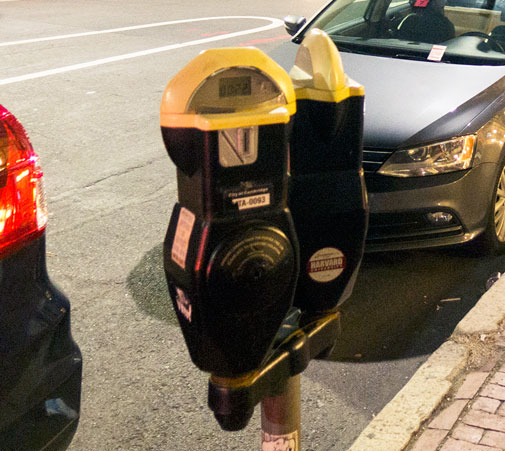 Expect to see rise in parking meter rates citywide to $1.25, and higher in Harvard

Busy blocks in Harvard Square will hit $1.50, slowest stay at $1
By Marc Levy

After eight years of parking meter changes applied to only targeted parts of the city, prices will begin rising citywide starting Monday – to $1.25 an hour, except in Harvard Square, where prices along high-demand blocks will hit $1.50. (Outlying areas of Harvard Square where there’s lower demand will stay at $1 per hour.)

The new rates will be phased in over the next month, starting in Harvard Square, city officials said in a Friday email, stressing that metered spaces are meant to be short-term parking for visitors and patrons of Cambridge businesses.

Vision Zero is a program adopted by cities with the goal of changing streets to eliminate traffic injuries and fatalities.

The new parking meter rates are estimated to bring in between $850,000 and $900,000 in additional revenue annually, Barr said Friday.

The difference in pricing seen between high- and low-traffic parts of Harvard Square is something of an experiment. “I think we’re just dipping our toe in the water to get people comfortable with the idea of some differentiation in pricing, and then build from there,” Barr said.

Though it’s the first increase in baseline parking meter rates since 2008, rates and metered parking hours have been on the rise in neighborhoods and squares throughout the city: Two hours of metering were added in 2015 in the Agassiz neighborhood between Harvard and Porter squares, conservatively estimated to bring $58,000 more per year to city coffers; the year before it was two more hours of metering in Kendall Square for an additional $110,000 per year in revenue. In 2012, paid hours in municipal lots were extended to 10 p.m. from 6 p.m. and rates doubled to $1 in Central Square with the convenience of paying by credit card – the other shoe dropping from identical changes at a first set of city lots there in 2010. Earlier in 2010, the city extended paid-parking hours by two, to 8 p.m., in Harvard Square.

Last year Harvard Square drivers saw the introduction of payments by smartphone using a system called Passport, which is also used by Boston.

When Passport is fully deployed and more data are available from higher-tech city meters, Barr’s department should be able to do a detailed analysis on “elastic” pricing that varies based on demand, he said. “For the time being, we will be tracking how customers respond to these changes, so that we start to have a better understanding of the elasticity at different price and demand points.”