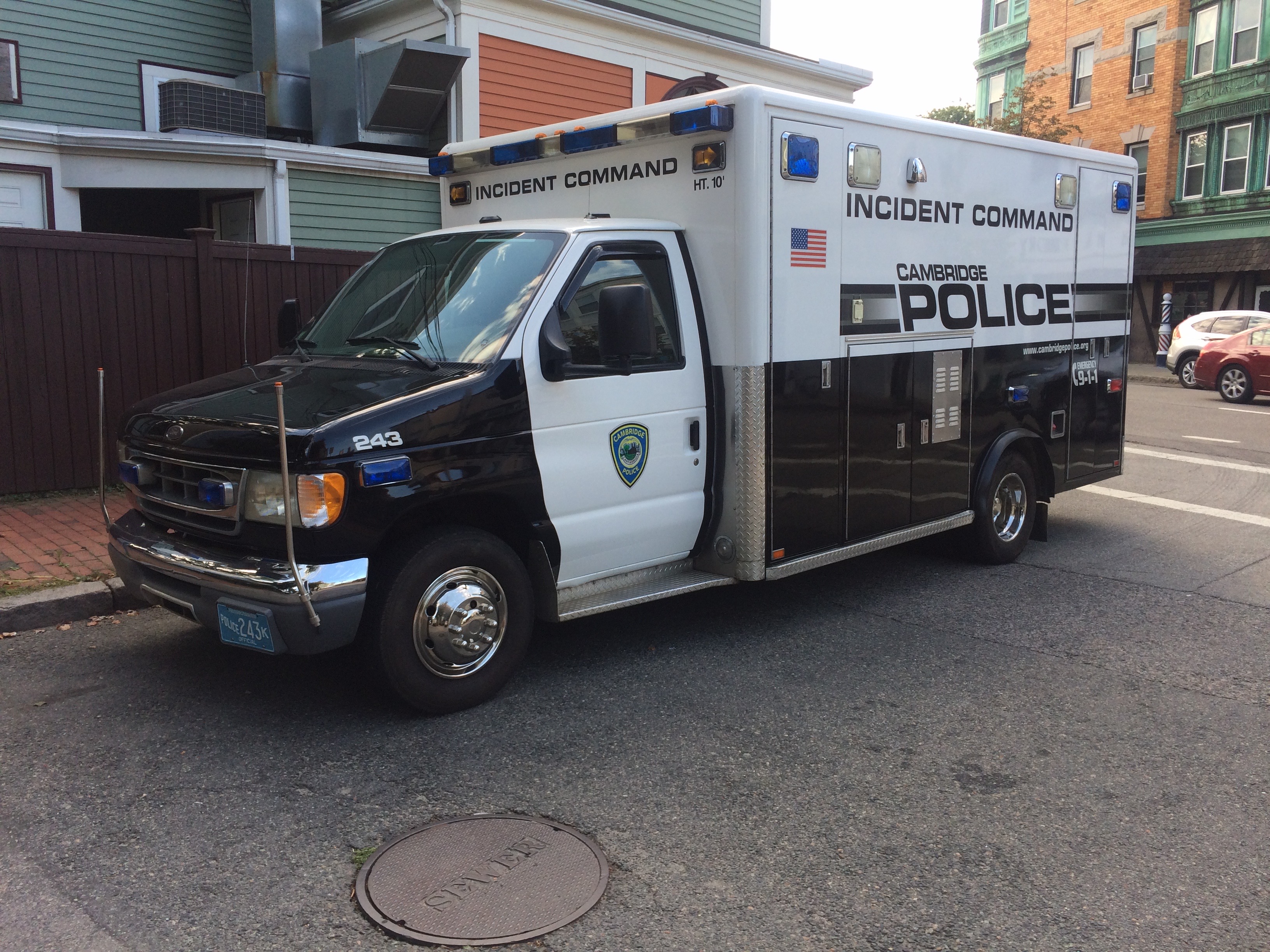 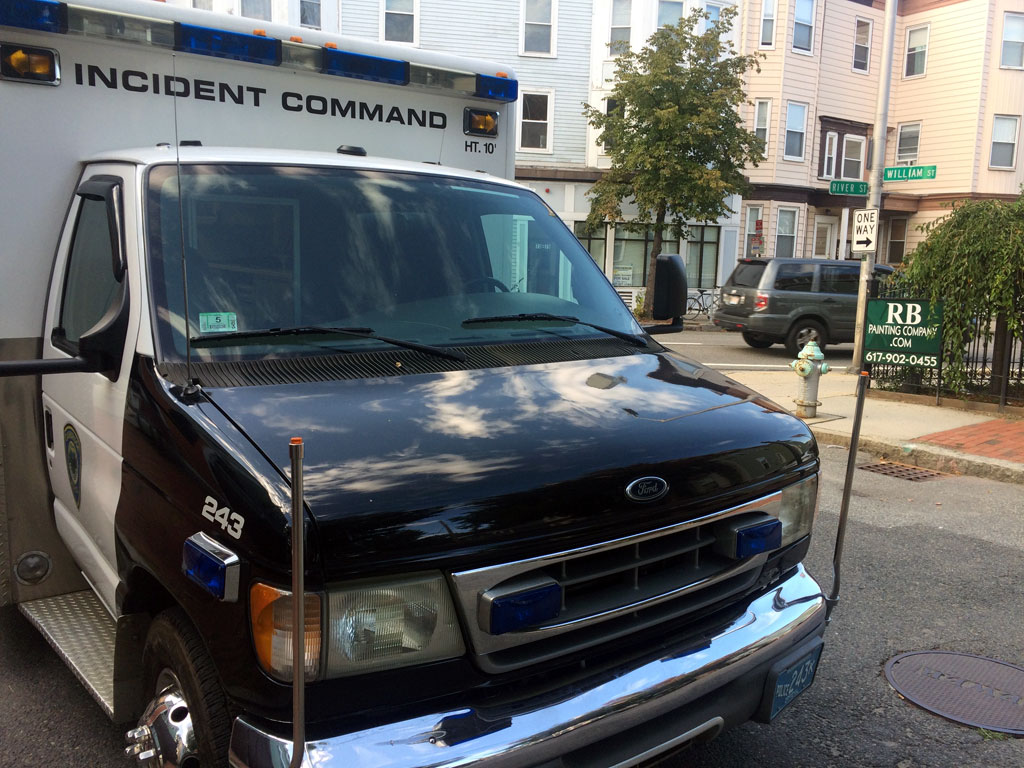 A police van being used as a mobile command post is parked Wednesday at River and William streets in the Riverside neighborhood, the scene of two recent shooting incidents. (Photo: Marc Levy)

With a classic mistake – returning to the scene of the crime – a suspect in Sunday’s non-fatal shooting in the Riverside neighborhood has been arrested.

Police have taken into custody Lamaree Wallace, 20, of Washington Street in Boston, who will face multiple charges, including firearm offenses and possession of drugs in dealer quantities, said Jeremy Warnick, director of communications and media relations for Cambridge police. 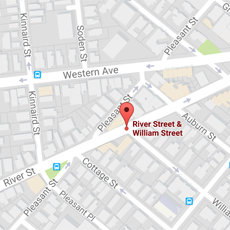 Wallace and another man – Frantz Teneus, 21, of North Hampton Street in Boston, arrested on the similar drug charges – were seen walking near River and William streets this morning, Warnick said. Upon seeing Wallace, officers approached and took him and Teneus into custody.

Officers were in the vicinity when a tip came in from a resident, Warnick said.

A neighbor described “enormous but low-key police presence” that included new Police Commissioner Branville G. Bard, as well as gloved officers searching the area and a nearby minivan. Neighbors speculated that the suspects returned to the area to do their own search for something dropped during the Sunday violence.

According to neighbor accounts given Monday during a complaint to city councillors, six or seven young men were walked down River Street away from the square on Sunday when a white SUV driving toward them slowed. Someone inside took aim and began shooting at the group – getting off three or four shots as the men on foot fled down William Street. As the SUV continued north,  the men who ran from it apparently returned fire.

Neighbors have been rattled by a recent spate of violence in the area. A meeting to address Riverside and Cambridgeport community concerns is planned for 7:30 tonight at the Morse School, 40 Granite St., with another meeting planned for a week later.

A mobile command post has been set up near where the shootings too place and will stay until the investigation “is at a satisfactory stage and/or those resources are needed elsewhere,” Warnick said in an email.

“I am real proud of the professional and around-the-clock investigation conducted by our officers and the cooperation we received from our residents,” Bard said. “As a result of this invaluable teamwork, we were able to apprehend and take a dangerous suspect off of our streets. We still have more work to do, but these arrests speak to the progress that has been made by our hard-working officers, who are fully committed to resolving the recent spate of violence in our community.”