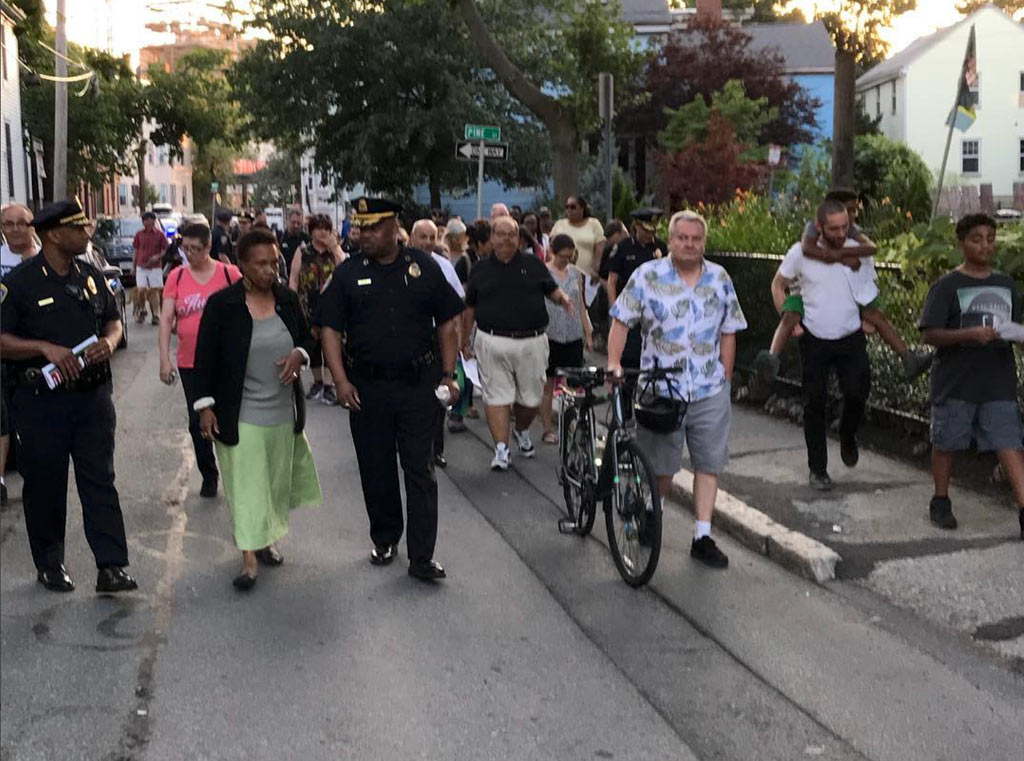 A police task force put together after a series of gunfire incidents in The Port neighborhood cut reports of shots fired by 78 percent from its start June 19 to its disbanding Sept. 1, along with making 46 arrests and issuing more than 200 warnings for illegal behaviors such as drug possession, causing “significant disruption to drug markets,” the City Council learned Monday.

The council had requested an “aggressive new strategy” in June to take on the string of gunfire incidents – almost all of which were reports of shots being fired, but with no victims found – and at the first meeting back from a two-month summer break, members congratulated police Commissioner Branville G. Bard Jr. for its success keeping the peace in The Port and at the Caribbean Carnival and parade, held Sept. 9. The carnival, which marches from Central Square to a daylong party in Kendall Square, has a history of violence but this year took place without major incident.

“Whatever came together for this year’s Carnival, let’s do that again,” councillor E. Denise Simmons told Bard. “Lots and lots and lots of accolades over how well Carnival was run.”

Bard was modest about the successes and quick to share credit with his Port team of 11 police officers and detectives, two sergeants and the lieutenant who were on the streets for an intensive 11 weeks. He also credited the communities that innovated efforts his task force borrowed, such as youth basketball leagues and jail visits to offer help and resources to offenders about to be released back into the community.

“We kind of do whatever it takes,” Bard said.

In all, the task force cost $108,000 but succeeded in cutting gunfire incidents to two, Bard said, down from nine in the 11 weeks before it was formed.

What approach police would take when told to be “aggressive” had been a concern of councillor Craig Kelley’s beforehand, and Simmons and a fellow sponsor of the task force order, Alanna Mallon, took the opportunity to take some gentle jabs about that. (Aggressive, Mallon said, “looks like … youth basketball leagues.”) When Bard reported that the task force’s work “is definitely a strategy we’ll look to employ next year, as we move into the summer,” Kelley was congratulatory but suggested that another task force outlay of more than $100,000 was not what he wanted.

“We need to look within ourselves to figure out, okay, how we do get here next year without having to use the police as the primary tool to achieve the level of safety that residents deserve and expect?” Kelley said.

City Manager Louis A. DePasquale was already thinking “holistically” about citywide safety, Bard said. But in the meantime, high-visibility patrols will remain in the area despite the end of the task force, and there will be plainclothes patrols in unmarked police vehicles. And a police substation is still due to open by early October on Carl Barron Plaza, putting police in the heart of nearby Central Square.