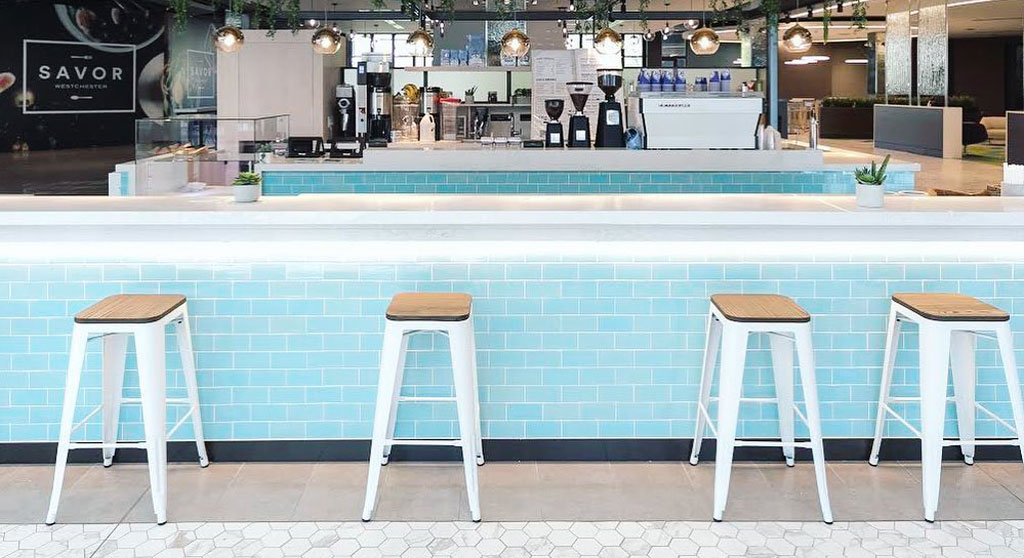 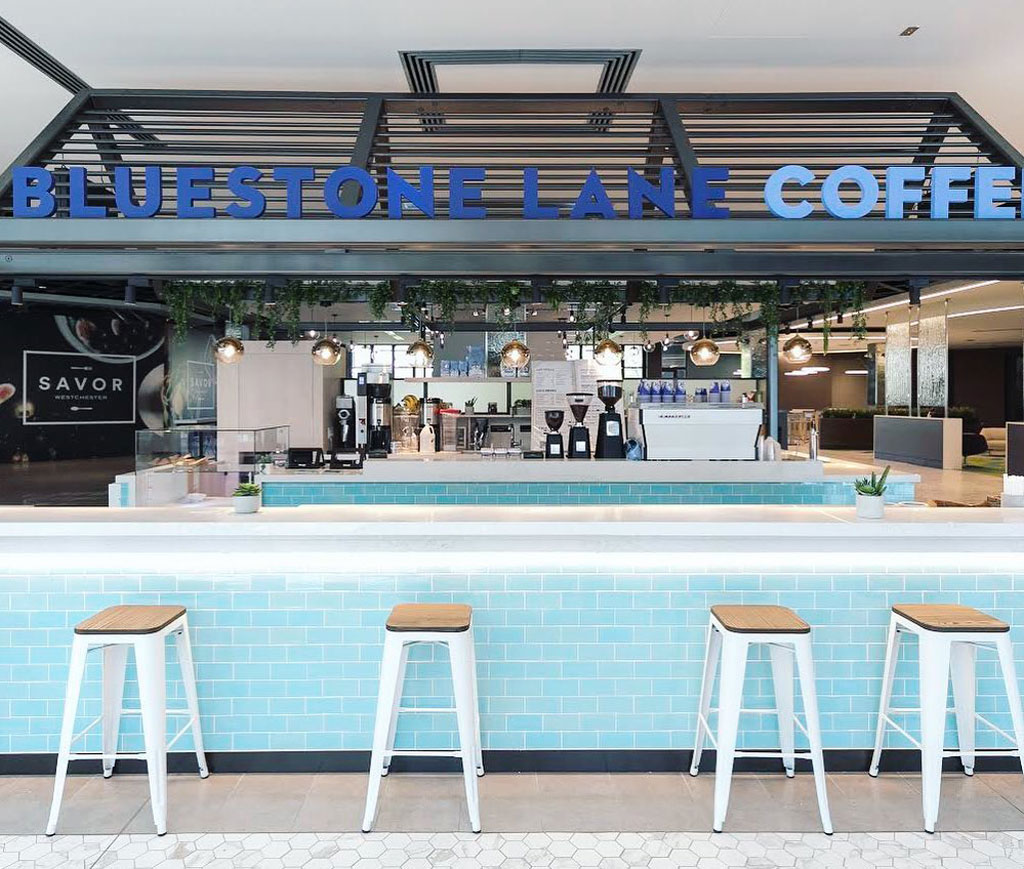 The aesthetic of Bluestone Lane, as seen at a New York State mall location. The chain is seeking licensing to move in at the old Crema Cafe site in Harvard Square. (Photo: Bluestone Lane via Facebook)

Municipal broadband rally, 4:30 to 5:30 p.m. Monday. The city manager has been adamantly and somewhat bizarrely opposed to studying municipal broadband for Cambridge, and the Upgrade Cambridge group is fed up and rallying in advance of the day’s City Council meeting to show it. At the meeting, a designated member will present a 1,000-person petition calling for a feasibility study to finally take place. “Municipal broadband enjoys almost universal support,” group founder Saul Tannenbaum said. “Residents deserve a full and fair economic analysis of its costs, revenues and benefits, not a rejection out of hand.”

The rally takes place on the lawn in front of City Hall, 795 Massachusetts Ave., Central Square.

With courthouse parking, affordable housing overlay, council might drag on; UpperWest order is back too

City Council, 5:30 p.m. Monday. A slew of contentious, complicated issues could make this meeting, the first back from around two months of summer break, very, very long. That includes an Alexandria Grand Junction Overlay District Zoning Petition, which could see a deal struck in which the real estate company removes the risk of a giant Eversource substation being built in a residential area across from The Kennedy-Longfellow School – but is getting a full hearing Tuesday; and the Affordable Housing Overlay Zoning Petition, which has drawn majority support form the Planning Board but remains harshly debated by residents. A New Street Overlay District, which would attach affordable housing to a self-storage facility by Danehy Park is also on the agenda and likely to draw public comment. Even bigger is the possible 30-year lease of parking and retail spaces at the First Street Garage (also supported by the Planning Board), which gets its own special hearing and public comment in the middle of the regular meeting. That plan is connected to the potential redevelopment of East Cambridge’s former courthouse, where neighbors are worried that asbestos and other substances are leaking out and endangering them, which is why councillors are asking for a new safety assessment. Outside of that, there remains an order from councillor Quinton Zondervan for the city to apologize to the UpperWest bar for the wrongs done it through the License Commission and to make right a multiyear vendetta against its owners. A secondary order from Zondervan seeks a legal opinion on the commission’s powers with regard to liquor licenses. Televised.

Climate change action gets time on the green (a lawn)

350 Mass Cambridge-Somerville Climate Picnic, 6 to 8 p.m. Tuesday. Part of a series of events taking place across the state to grow community support leading up to a Global Climate Strike on Sept. 20.

The picnic takes place at Joan Lorentz Park at 457 Broadway, Mid-Cambridge (in front of the Cambridge Main Library).

Planning Board, 6:30 p.m. Tuesday. The board will hear plans for two recreational weed shops waiting on a city cannabis law to go through – Home Grown, planning a 5,800-square-foot store at 580 Massachusetts Ave., Central Square, and Western Front, planning a 2,027-square-foot store at [checks notes] 571-575 Massachusetts Ave., also known as 30 feet across the street from Home Grown. Televised.

Health & Environment Committee, 5:30 to 7:30 p.m. Wednesday. This committee run by vice mayor Jan Devereux and city councillor Quinton Zondervan will hold a joint public hearing with the Climate Resilience Zoning Task Force to get an update on its progress. Televised.