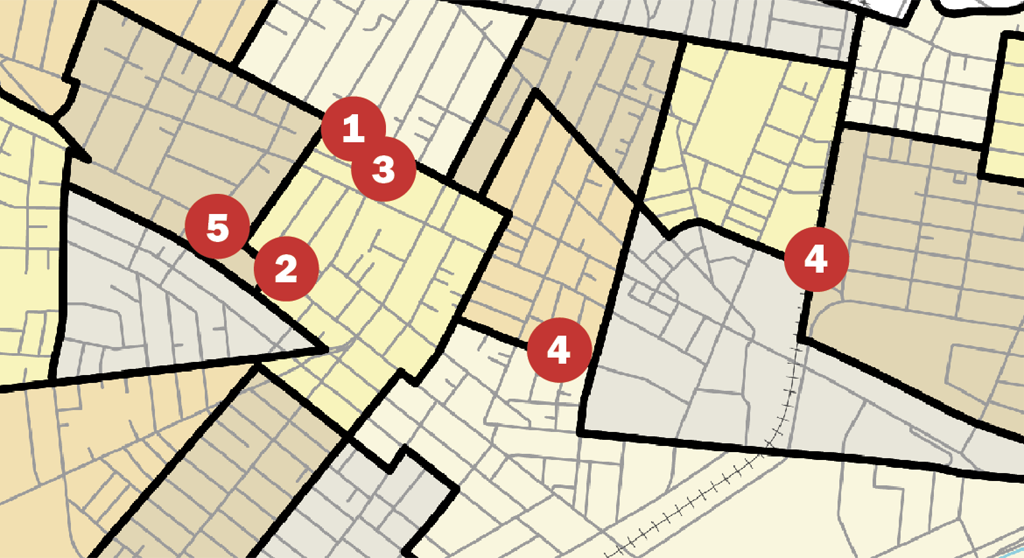 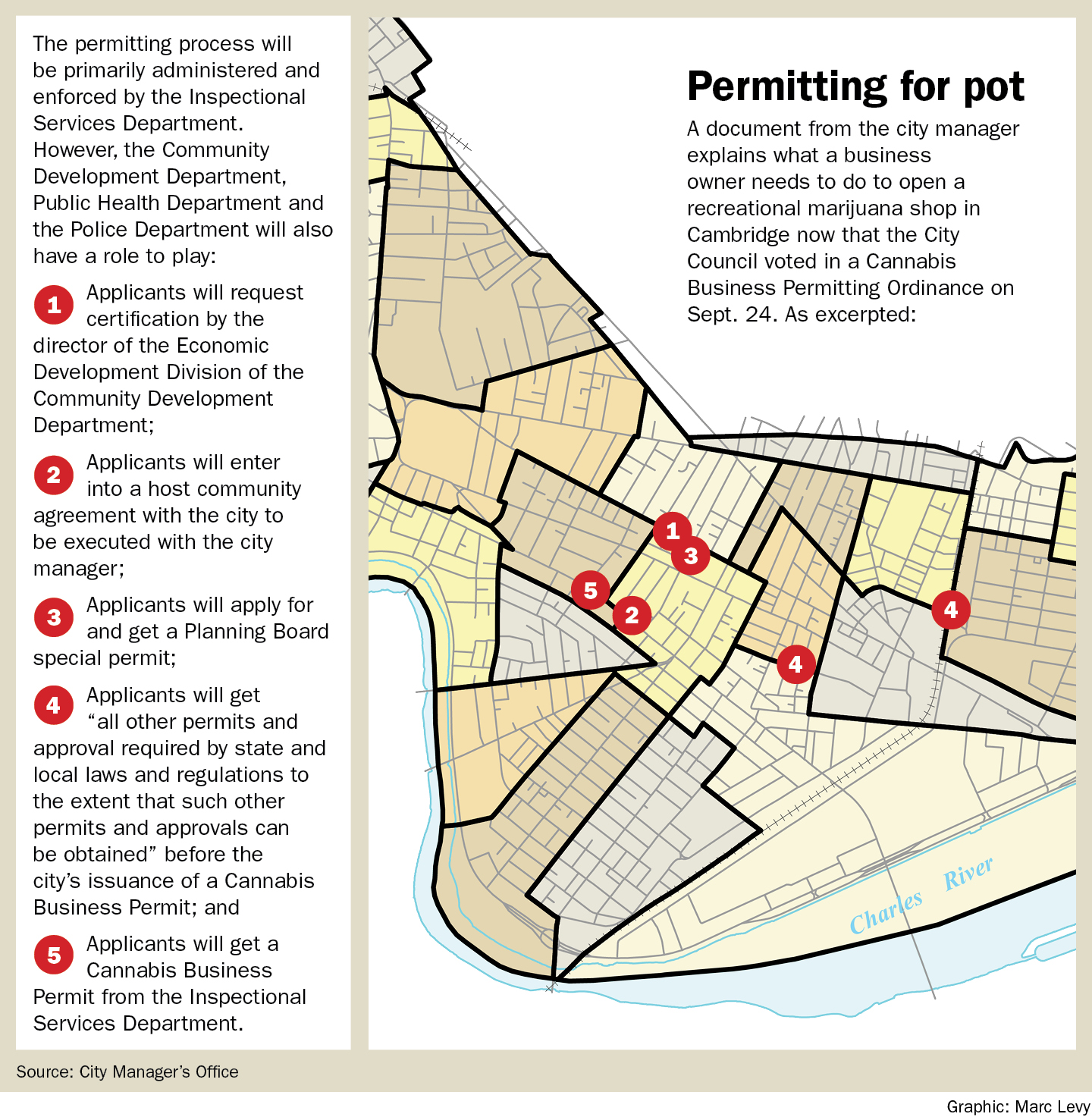 A Cannabis Business Permitting law was voted in 7-2 by city councillors Monday, giving a two-year exclusive on recreational marijuana sales to shop owners in the “economic empowerment” category while locking out registered marijuana dispensaries.

But when the law goes into effect, likely at noon Wednesday – assuming no councillor files for reconsideration that will bring it back to the council Oct. 7 – that leaves shop owners in a scramble to open their doors and take advantage of that exclusivity.

Industry estimates suggest that any opening is still months away, after permitting processes, signing a host agreement (in which the city might include anything from spelling out how many employees must be city residents to demanding participation in drug abuse prevention programs) and construction, despite several prospective owners paying rents for months on the locations where they want to open.

“A lot to figure out”

Even a rosy estimate suggests small shops’ exclusivity might run for more like 18 months, but a city councillor said officials would do their best to maximize it.

“We have to make sure the process is streamlined through a lot of different players,” said Sumbul Siddiqui, who with councillor Quinton Zondervan wrote the two-year moratorium amendment shaping the final law that was accepted Monday. “There’s a lot to figure out.”

There’s also a holdup at the state level, where “there’s been one economic empowerment business certified, but there’s at least 14 in the running,” Siddiqui said. “It’s going to be the licensing process, it’s going to be the host committee process. But we have an example of Brockton working really quickly and other places being able to work really quickly, and in the next few days I’m going to be talking to staff about our next steps.”

So far two businesses planning to open across the street from each other in Central Square have received approval from Cambridge’s Planning Board; the case of a potential Harvard Square shop has been continued; and a shop seeking to open on New Street in Neighborhood 9 was to come before the board this week – but was not an economic empowerment applicant. Its case was continued, though the business’ path to opening is unclear.

It’s been a long slog to get recreational cannabis permitting passed in Cambridge since voters statewide approved it in November 2016. Whether medicinal marijuana businesses would be allowed into the market alongside economic empowerment applicants was the final issue to be settled: The economic empowerment model in the Siddiqui-Zondervan amendment favored the disadvantaged, mainly people of color who were penalized disproportionately during the nation’s long war on drugs; the amendment that would have allowed in major players in the form of medicinal marijuana dispensaries was written by councillor E. Denise Simmons. Those dispensaries would offer startup capital to economic empowerment applicants in her plan, but the offer was greeted with skepticism.

The debate got heated. A flyer leading people to racecambridge.org, billed as Real Action for Cannabis Equity, referred to the amendment from Simmons – who is black, like many of the economic empowerment applicants speaking during City Council public comment – as “the anti-equity ‘slave amendment’ [that] would force minority businesses into a dependent, indentured and second-class relationship with out-of-state corporate interests.” Some of the most impassioned public comment came from Richard Harding, a former School Committee member who has an interest in a proposed Central Square pot shop, and said the medicinal marijuana dispensaries “are trying to steal this game. They’re trying to buy this process like they have all over the country.”

“You have to decide if you want to get on the side of the people or big medical marijuana,” Harding told councillors Sept. 16. “It’s that simple.”

Meanwhile, Nichole Snow, executive director at the pro-medical marijuana Massachusetts Patient Advocacy Alliance, testified tearfully the same day that she had been the victim of “bullying” from those opposed to letting her clients into recreational sales immediately. And on Monday, Simmons stared stonily into the audience in Sullivan Chamber at a few economic empowerment advocates and said she took issue “with the vitriol and disinformation and personal smears that were mailed out to the community and repeated in this chamber on numerous occasions.”

She hoped that level of acrimony was not the “new normal [and] fear for the health and cohesion of our community if that is going to be the case” – possibly having missed some of the discourse around recent topics such as affordable housing overlay zoning and redevelopment of East Cambridge’s former courthouse.

Still, she believed that “we are ultimately going to look back and regret how we have chosen to go about this” local industry, with a moratorium that leads to “uncertainty as well as further unnecessary and expensive delays” for the small shops. And when the city clerk called for her vote, it was “present” rather than “yes.”

This post was updated Sept. 24, 2019, to reflect the continuance of the application for a non-economic empowerment shop before the Planning Board and to remove a sentence saying “social equity” applicants could obtain permits for a retail store.