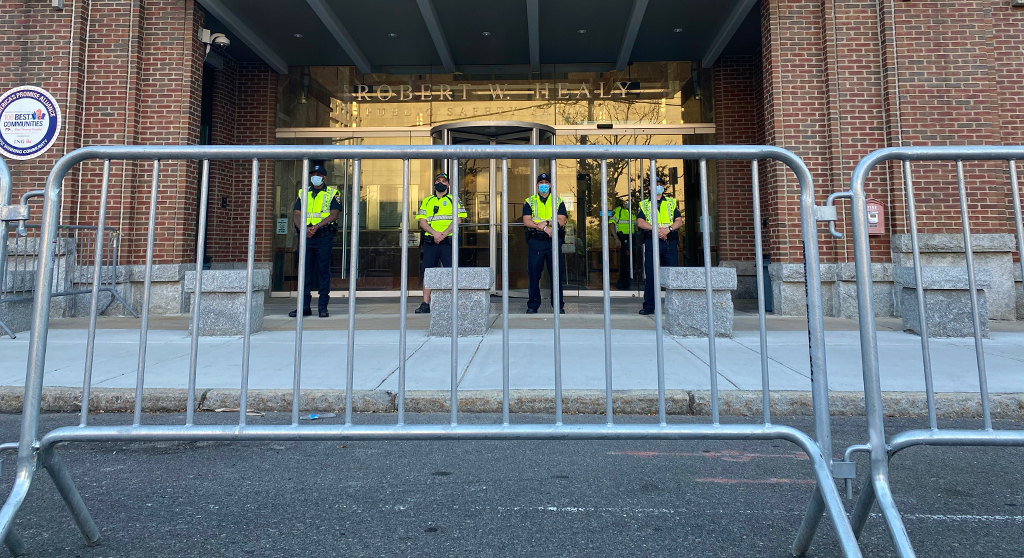 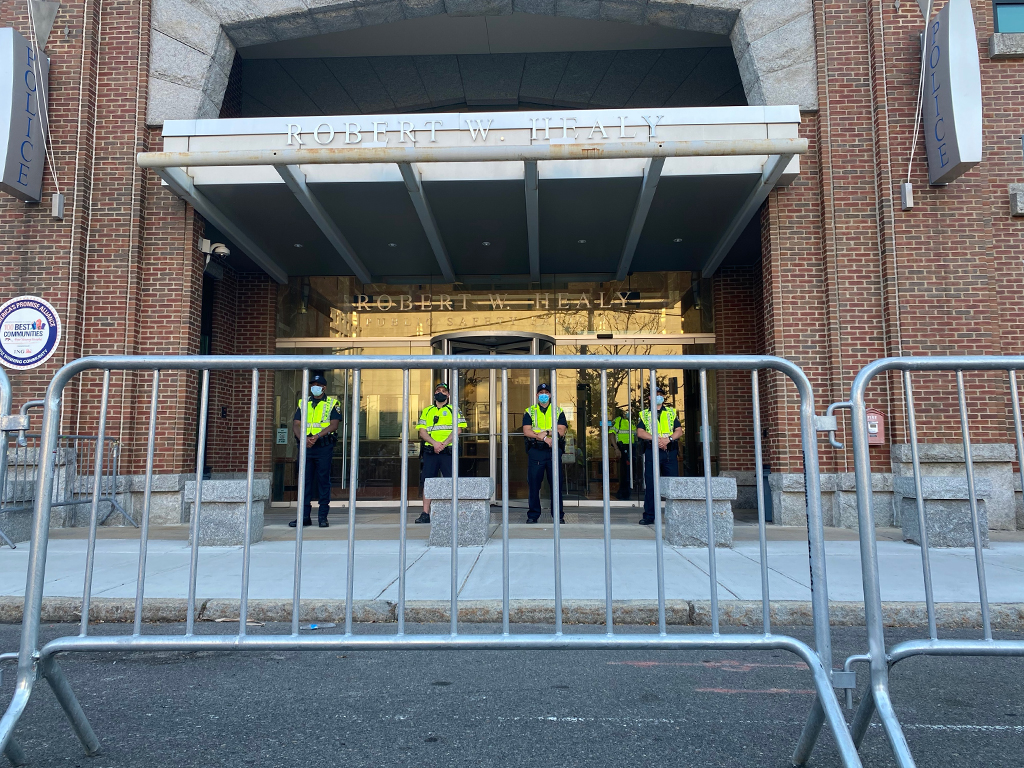 Police and their policies continue to be a topic of interest in Cambridge. Here, police guard their headquarters from protesters June 21. (Photo: Marc Levy)

To see how to watch or give public comment at the week’s meetings, follow the links found in the agendas, which are themselves embedded as links in the names of each board or commission.

License Commission, 4 p.m. Monday. The commission manages to meet on the same day of the week twice in a row, this time to consider a temporary, emergency policy on quick turnarounds for pop-up alcohol licenses of up to 30 days for businesses that already have licenses. Watchable via Zoom.

Police use of force

Public Safety Committee, 1 p.m. Tuesday. This committee run by city councillors Quinton Zondervan and Dennis Carlone will discuss the Cambridge Police Department’s use of force policy and related matters, delayed from Wednesday when police commissioner Branville G. Bard Jr. couldn’t make it. This meeting could be tense, considering the June 10 clash between Bard and Zondervan, after which the commissioner asked the city manager or city solicitor to serve as a go-between – which can be summed up as “city manager, please tell councillor Zondervan that I’m not talking to him.” Televised.

Board of Zoning Appeal, 6 to 11:30 p.m. Thursday. The board returns to meeting with a large-ish agenda, including a request by the Buckingham, Browne & Nichols private day school to expand on recently bought property on Gerrys Landing Road and Coolidge Hill, West Cambridge. Also, the property at 93 Windsor St., The Port, that was very briefly a Brew on the Grid cafe is being eyed for a restaurant. Does anybody want to hazard a guess as to which kind? Correct: ramen. It’s intended to become a Stix Noodle Bar. Watchable via Zoom.