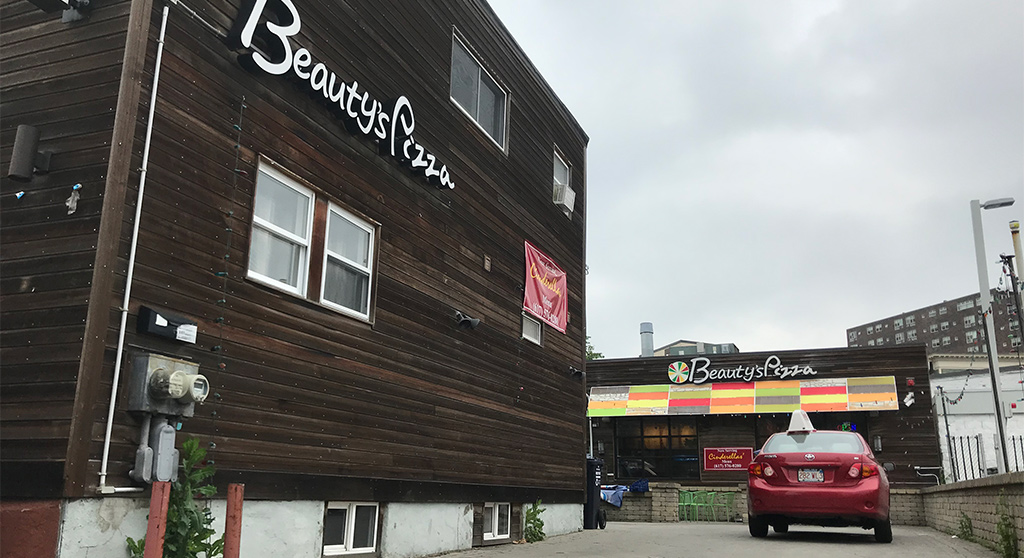 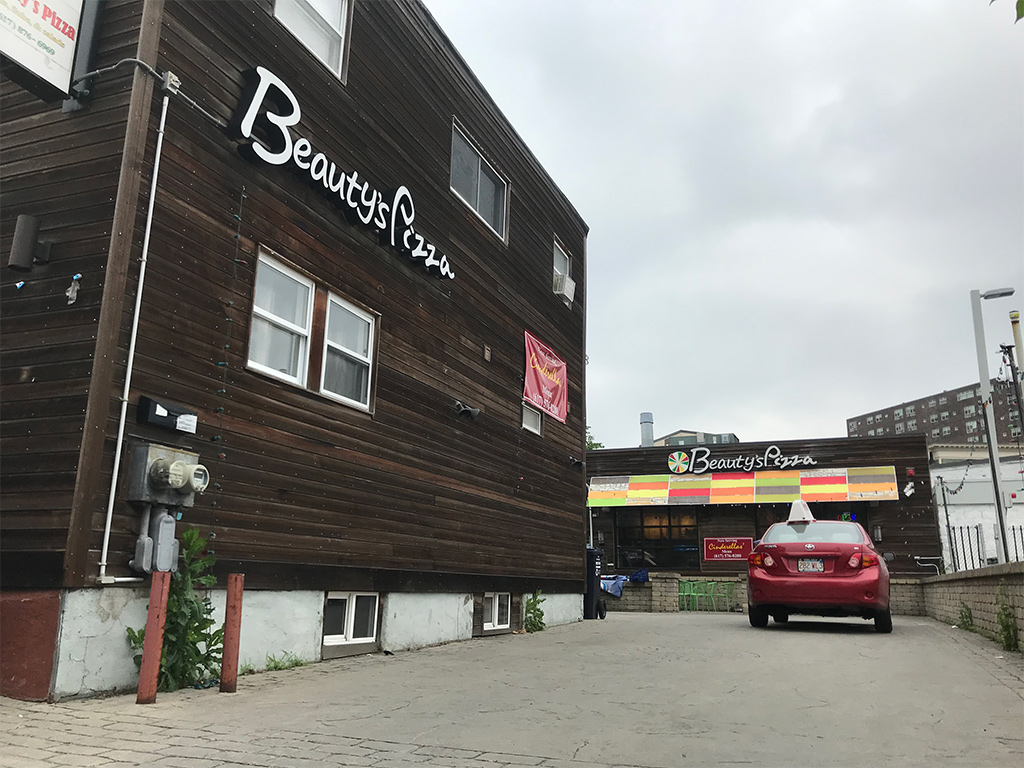 Beauty’s Pizza comes before the License Commission on Monday for violations stemming from use of its patio. (Photo: Marc Levy)

License Commission, 3 to 4:30 p.m. Monday. The manager of Beauty’s Pizza will be called on to answer allegations of allowing too many people onto its patio at 187 Hampshire St., Inman Square, and doing so after hours with unlicensed entertainment. There will also likely be a closed-door hearing to discuss litigation from Fresh Pond Auto Sales, which was approved in 2017 to take over the Fresh Pond Parkway spot that was once Tokyo Restaurant, despite an odd disagreement: The business thought it could fit up to 25 cars in its showroom, though it didn’t have a plan showing how, and acting fire chief Gerard Mahoney said it should be more like 10. The disagreement never went away, right up through a clash with the commission late last year in which the business continued to insist there was room for 25 cars and the city demanded there be no more than 15. The open meeting is watchable by Zoom video conferencing.

City Council, 5:30 p.m. Monday. It’s the lightest and least controversial of agendas this week from the City Manager’s Office and councillors, leaving plenty of time for discussion of the empty lot at 35 Cherry St., The Port, turned over to the city in April 2013 by the Massachusetts Institute of Technology as part of a zoning deal. Nothing’s happened with the lot since, and while councillor E. Denise Simmons is convinced the space should be developed into affordable housing, others want a broader conversation about the possibilities. Councillor Quinton Zondervan used his “charter right” last week, which bumped discussion to this meeting. Televised and watchable by Zoom video conferencing.

Health & Environment Committee, 10 to noon Tuesday. This committee run by city councillor Quinton Zondervan plans to look at amending the Tree Protection Ordinance based on the findings of the Urban Forest Master Plan Task Force. Watchable by Zoom video conferencing.

School Committee and City Council roundtable, 6 to 8 p.m. Tuesday. Elected officials will gather to discuss the impact of Covid-19 on Cambridge Public Schools. Televised and watchable by Zoom video conferencing.

Planning Board, 6:30 p.m. Tuesday. In the first of two meetings on the topic this week (the next is a Thursday hearing by the City Council’s Ordinance Committee), the board examines BioMed Realty’s proposed overlay zoning in its Canal District Kendall, slightly revised based on notes the company got at a Sept. 15 hearing of the Planning Board. BioMed wants to put up a 250-foot, three-tiered lab tower with up to 40,000 square feet of public arts and culture space at its base, ridding Kendall Square of an aging Eversource gas transfer station if it will let the company build bigger. Televised and watchable by Zoom video conferencing.

Ordinance Committee, 5:30 to 7:30 p.m. Thursday. Close on the heels of the Planning Board, this committee run by city councillors Dennis Carlone and Marc McGovern (but with a membership of the entire City Council) plans to look over the proposed “PUD-CDK District Zoning,” also known as BioMed Realty’s plan for its Canal District Kendall. Watchable by Zoom video conferencing.

This post was updated April 5, 2021, to correct leadership of the Human Services & Veterans Committee.