Watch meetings on affordable housing issues; what Kendall gets with Eversource; and more 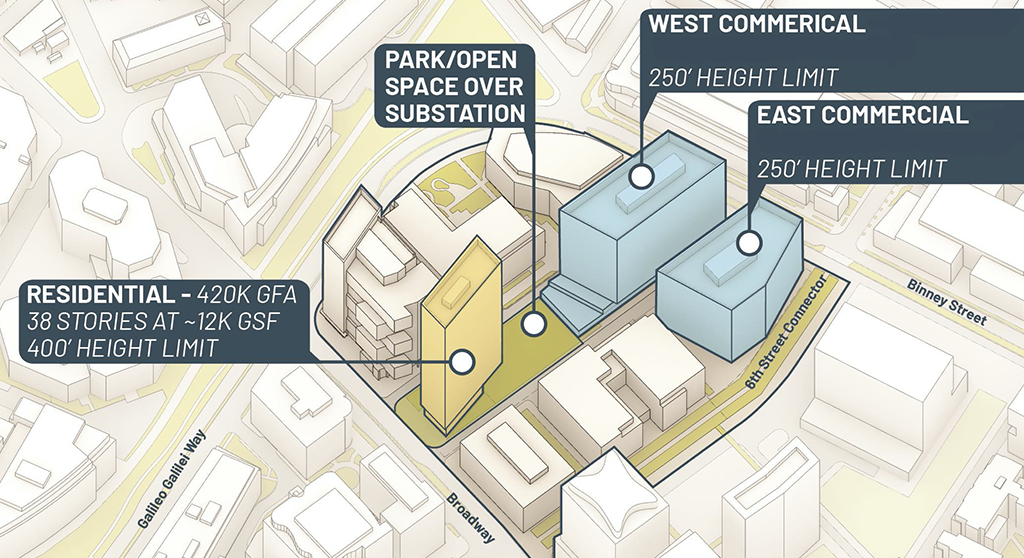 Watch meetings on affordable housing issues; what Kendall gets with Eversource; and more

Bringing an Eversource electrical substation to Kendall Square means tearing down the Blue Garage and building substantially around where it was – a proposal with three meetings this week of various bodies.

City Council, 5:30 p.m. Monday. Exasperated councillors are turning again to repeating orders – but with a time limit – after hearing nothing back from city staff, in this case around a March 2018 order for “an inventory of all city-owned vacant properties with the city’s plans for them, if any.” (It’s city-owned properties that should be the easiest to turn into affordable housing, a priority of the council that the city manager seemingly shares except in the way that makes it easiest.) Meanwhile, the Law Department has produced an opinion on how difficult it is to let businesses have live acoustic music – it has to go to the state Legislature! – that hearkens back to a mysterious policy leveled against Porter Square’s Shine Square Pub in 2019. It all bears a whiff of bullshit, like much that has to deal with licensing in Cambridge.

There’s also a contingent of councillors dismayed that builders of a 605 Concord Ave. residential project in the Cambridge Highlands, across from Fresh Pond, got a coronavirus extension at 2016 levels of including affordable units when extensions are supposed to apply current zoning. They’re calling for a review of why an October extension by the Planning Board didn’t apply the 2017 change that would require 10 affordable units instead of seven under old rules – and to know how many other projects will be asking for extensions that must also be watched.

A committee hearing Oct. 7 on the Envision Cambridge development master plan gave vent to frustrations over a process about guiding the city through the year 2030 that now just leads to whole new processes that will take months and potentially years to put in place. But at least a proposal came out of it for council committees to start those processes.

Councillors also want to extend a temporary Tree Protection Ordinance again until more permanent changes are ready to go, and to keep “Riverbend Park” – that is, parts of Memorial Drive close to Harvard Square – closed to car traffic beyond Nov. 29 so people can go on getting socially distanced exercise.

Meanwhile, the city manager wants $850,000 to assess the 50-acre Danehy Park at its 30-year birthday, considering it’s landfall over a waste site designed to vent gases (including through a “methane trench”); and $310,000 to study class tensions in inclusionary housing – the affordable units scattered through market-rate housing, whose residents are supposed to be treated the same but sometimes are not. Finally, the city wants councillors to adopt the “Mullin rule,” so board and commission members can vote on issues even after missing a hearing, provided they swear they’ve caught up via transcript or recording.

Government Operations, Rules & Claims Committee, 2:30 to 4:30 p.m. Tuesday. This committee run by city councillor E. Denise Simmons will conduct a public hearing on council decorum, as well as the rules around and duties of council aides. This could be an interesting one – Simmons has been at the center of as much council indecorum as any of her eight peers. Watchable by Zoom video conferencing.

School Committee, 6 p.m. Tuesday. The committee mulls using restorative justice techniques for conflicts involving its own members – something strikingly missing during last year’s Emily Dexter affair despite being a buzzword within the district for years. Also on the agenda are items suggesting schools’ weekly check-ins with remote students aren’t functioning quite as hoped; and a move to televise all committee roundtables automatically, which follows this term’s successful implementation of automatically making all subcommittee meetings watchable by the public. A practice of voting to decide each such meeting one by one has lingered long after people stopped believing witches could float. Televised and watchable by Zoom video conferencing.

Planning Board, 6:30 p.m. Tuesday. Shifting the location of an Eversource electrical substation to Kendall Square to spare a residential neighborhood, school and park is complicated technically and financially, and calls for zoning changes around proposed housing (including raising heights to 400 feet from 350) and, it is argued, for another 800,000 square feet of commercial development to pay for placing the substation at the Blue Garage. The same issue is before the Cambridge Redevelopment Authority on Wednesday and a City Council committee Thursday. Televised and watchable by Zoom video conferencing.

Neighborhood & Long Term Planning, Public Facilities, Arts & Celebration Committee, 2 to 4 p.m. Wednesday. This committee run by city councillor Patty Nolan will examine the  request for consultant proposals for a long-awaited municipal broadband feasibility study. Considering what it took to drag the city manager into okaying the study, extra scrutiny may be needed to make sure the results serve an objective community service; skeptical residents say several past efforts, from light pollution controls to the Envision Cambridge development master plan, have suffered from city staff seeking a predetermined result. Televised and watchable by Zoom video conferencing.

Education and Covid-19 in communities of color

School Committee roundtable, 4 to 6 p.m. Wednesday. A presumably in-depth look at the disproportionate impact of Covid-19 on communities of color and how they can be factored in to assessing public school reopenings. Televised and watchable by Zoom video conferencing.

Cambridge Redevelopment Authority, 5:30 to 9 p.m. Wednesday. In addition to Eversource substation issues, the board plans to approve another $3.5 million in physical improvements to the Foundry community building at 101 Rogers St., near Kendall Square in East Cambridge, and another $500,000 to operations – including furnishing and equipment needs for community uses. Watchable by Zoom video conferencing.

Reading levels, dyslexia and help for both

About minority- and women-owned businesses

Economic Development & University Relations Committee, 2 to 4 p.m. Thursday. This committee run by vice mayor Alanna Mallon will look at the challenges and opportunities for minority- and women-owned businesses and “other historically disadvantaged businesses and nonprofits,” including from city purchasing, procurement and programming practices. Watchable by Zoom video conferencing.

Ordinance Committee, 5:30 to 7:30 p.m. Thursday. This committee run by city councillors Dennis Carlone and Marc McGovern will take up the same proposed changes to Kendall Square zoning for an Eversource power station as the Planning Board and Cambridge Redevelopment Authority this week. Watchable by Zoom video conferencing.