The worst of Cambridge in 2019 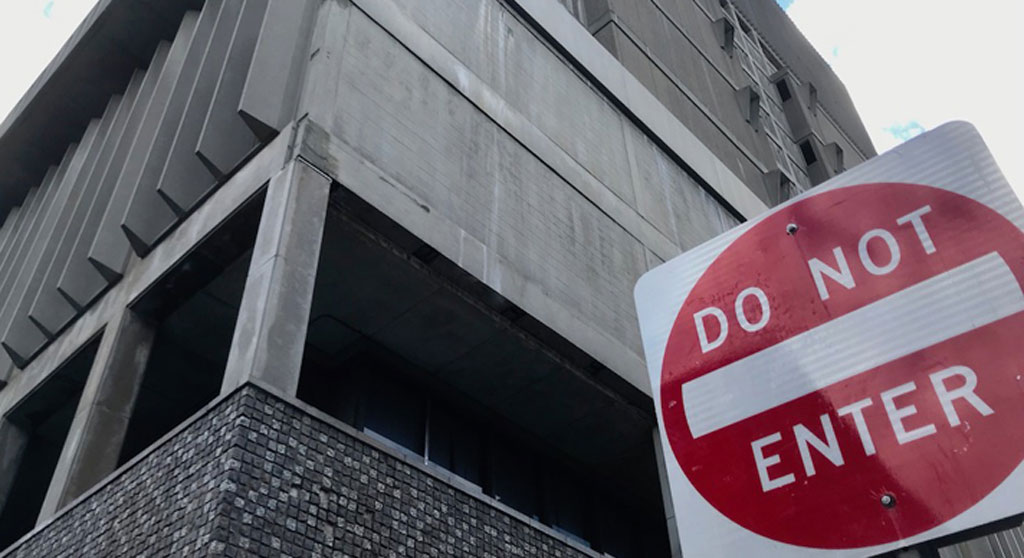 The worst of Cambridge in 2019

What can you say? It was not a good year. It was a year Cantabrigians reminded each other that we can be just as mean, dumb and thoughtless as people in any other other place in the country, never mind our advanced degrees, high culture and demographic diversity. And it was a year we got reminded again and again of our helplessness, whether it was the cancellation of the Cambridge Carnival with no community consultation; Inman Square residents stymied in opposing a questionable redesign; the loss of businesses such as Black Ink and nonprofits to rapacious landlords; winning historical landmarking at the EMF Building but still seeing it turned from an arts center into high-end offices; commuters looking forward to little but lackluster T station design and delayed improvements despite contributing millions to state mass transit; losing the Somerville Hospital emergency room for another urgent care clinic; city staff delays in acting on renewable electricity; or ending an Envision Cambridge planning process with a bizarre lack of attention to population growth, though the city could grow by around 25,000 in just the next decade. But a few things stood out this year as even more awful overall, partially because they incorporated several aspects of a year of disappointments.

Need to face some of the best of Cambridge in 2019? Click here. 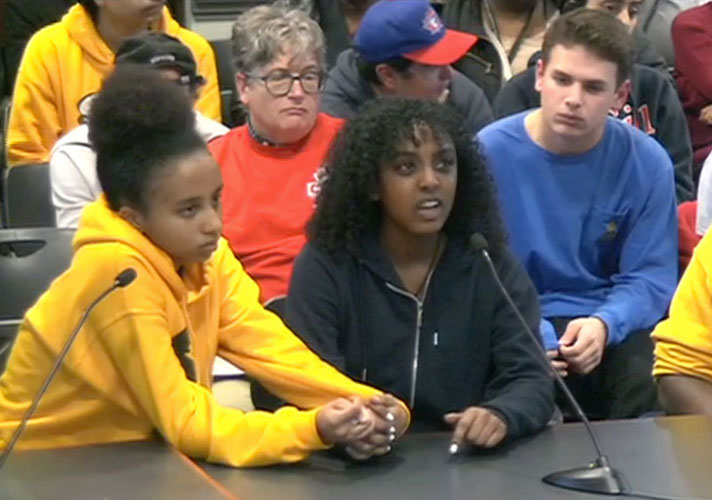 As divided as the city was in 1994 as rent control came up for a vote, at least that was just one issue. In the past year, discourse in Cambridge devolved dramatically, whether it was creepy and xenophobic behavior on the campaign trail, relentlessly nasty social media campaigns over a proposed development (peaking in a particularly deranged tweet comparing a progressive state representative to Donald Trump), Nimbys and Yimbys clashing over an affordable housing zoning overlay or city councillor E. Denise Simmons being labeled as promoting a cannabis “slave amendment” (the accused and accuser both being black). The pervasive nastiness lasted all year long on the School Committee, to the extent that member Kathleen Kelly said she’d rejected running for reelection because “there wasn’t a level of respect among the members” and she was “tired.” Charges of mob mentality arose, whether it was for minority views being hissed in a public meeting over East Cambridge parking or teachers fleeing their own classroom after upsetting students feverish over social justice. “The rhetoric, the personal insults and the personal attacks, we’ve got to rise above that,” Mayor Marc McGovern said this month. “We can’t let the nastiness that’s happening at the national level come down here.” Too late. 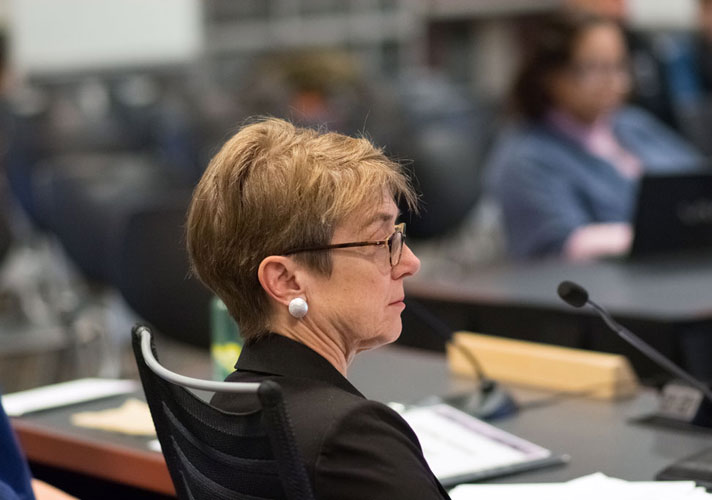 Speaking of the School Committee: Dexter has opted out of the third term she won in November after an official report emerged that covered – to few people’s satisfaction – her academic use of the full “N-word” at a classroom panel discussion in January and teacher Kevin Dua’s role before and after. The report did not cover administrators’ role adequately, and there were many in the community outraged at this but also at the report in general – “an investigation of a black educator’s actions done by a white lawyer,” in the words of the Cambridge Education Association, that was “a clear case of white supremacy culture.” Several more public speakers agreed the report was racist, though Darnisa Amante, a woman of color who led five “Cambridge Digs DEEP” forums on race in late 2018 and early 2019, had come to essentially the same conclusions as the report, but several months earlier, in February. More than 50 educators called for Dexter to resign, signaling some surprising lessons to our young: The call to Dexter to resign came “regardless of your intent [and] botched apology to our students” – that is, a statement that neither intent nor attempts to apologize matter when people are really, really offended. It’s a standard of justice that not many people would want applied to themselves, and it’s all the more striking that it was used against someone with no pattern of racist behavior. Even while demanding Dexter leave her post, no one even bothered to make the argument that she had been anything but an ally in the fight for social justice, or that this was anything but a lone, inadvertent slip. 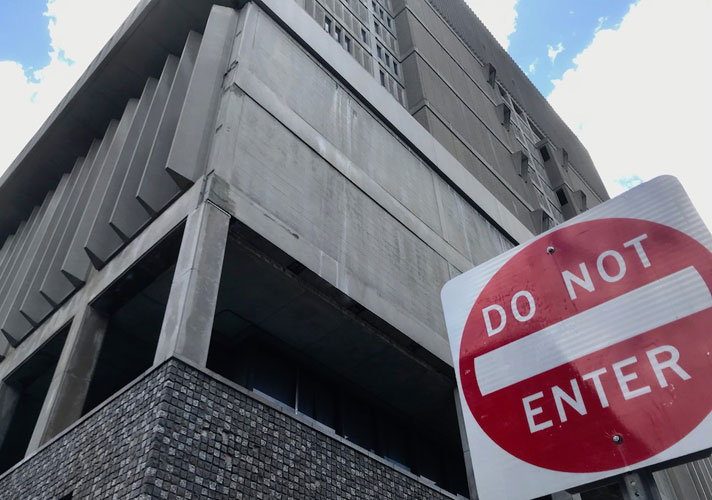 City gets conned into courthouse deal.

The blighted East Cambridge tower that was once the Edward J. Sullivan Courthouse can now be turned into offices, some retail and 48 affordable housing units, thanks to a September decision that grants its developers the parking they need – a disappointment to a group led by state Rep. Mike Connolly who wanted to see the space stay in public hands, ideally to become affordable housing. Exploration of how that could happen was made impossible by state neglect that allowed the building to fall into ruin, scaring neighbors into thinking they were vulnerable to drifting asbestos, molds and other health hazards, which led bizarrely to a hate campaign directed almost wholly at Connolly instead of at the state agency that caused the entire problem. Despite the fairly obvious (and wholly irresponsible) tactic, the state Division of Capital Asset Management and Maintenance watched blissfully from afar while Connolly drew fire. The nonsensical scapegoating was even more obvious when panicked neighbors demanded tests from the city to see if poison from the building was leaking out. City health officials said they couldn’t conduct tests, because they weren’t allowed on state property, and the neighbors for some reason let them get away with that despite it making no sense: The point was to test whether the dangers had made it off the state property. 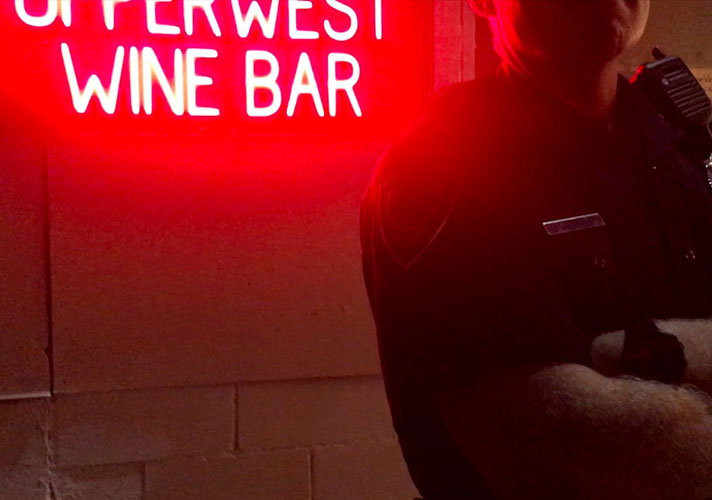 The UpperWest insanity goes on, drawing in the ACLU.

At this point, the License Commission has been appearing on this list since 2014 because of its malfeasance around a (now-closed) bar called UpperWest. Its vendetta began in earnest after a bar co-owner filed a legal action against the city on behalf of other small-business owners who felt wronged by commission policies, and has just grown as Cambridge scrambled to cover its ass – by now roping in the fire and police departments, Police Review & Advisory Board, Law Department and the office of the city manager, not to mention the state Alcoholic Beverages Control Commission and, finally, disconcerted city councillors and the local American Civil Liberties Union. In the city’s flailings, UpperWest was charged with breaking a law that doesn’t exist and found guilty of saying things protected by the First Amendment. An ACLU win against the state will answer any remaining doubts that the co-owners of UpperWest were persecuted frivolously, though the city got a hint of that in November when city solicitor Nancy Glowa explained to councillors how the state could find Cambridge in the wrong for threatening to shut UpperWest down over perfectly legal candles: “The city has acknowledged that the fire department cited to the wrong section of the fire code. And that was a defect in the proceedings,” Glowa said. But fire department officials testified publicly that it was Glowa who was in charge of the case against UpperWest since before the threats and subsequent city and state hearings. 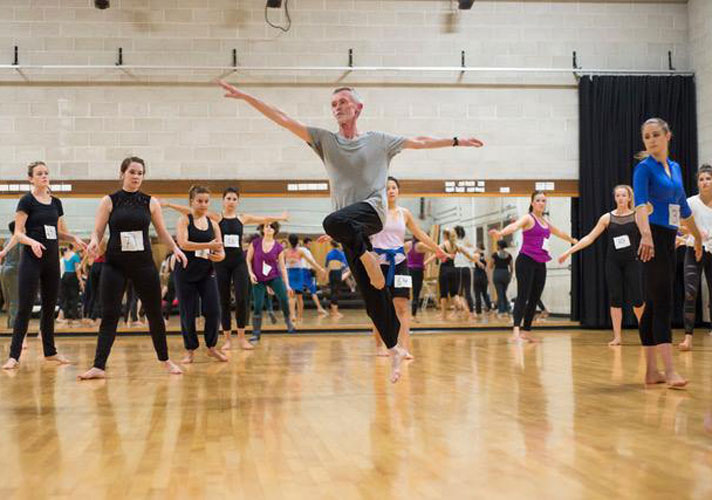 The arts economy takes a pounding.

After Cambridge took part in an Americans for the Arts study, we learned in 2017 that the city had an arts economy of $175 million, including $120 million in spending by nonprofit arts and cultural organizations and an additional $55 million in event-related spending by their audiences, supporting 6,129 full-time equivalent jobs and generating $98 million in household income to local residents. But that was the year The Comedy Studio left for Somerville, Mobius went to Fort Point and the Out of the Blue Art Gallery was forced out to Allston, followed by a 2018 in which the EMF music community was evicted. This year the Mmmmaven Project left, the Bridge Repertory theater company made its sabbatical from Cambridge permanent when its director decamped to Worcester and Green Street Studios stopped dancing in Central Square after 28 years, another victim of rising rents. Perhaps most significant of all, Harvard announced it was moving its theater arts to Allston from Harvard Square, without word of what will take the place of its Loeb and Oberon theater spaces – though it’s unlikely that whatever goes in those spaces will burnish Cambridge’s reputation for the arts like Diane Paulus’ Broadway-bound shows at the A.R.T. (before Paulus, the home of David Mamet) or draw joyous crowds like Oberon’s “Donkey Show” or other shows on its rich slate of programming. Supposing Cambridge pays for another look at its arts economy laid out in a 2022 report, don’t expect a lot of good news.