Coronavirus edition, XLVII: Films to shelter with, from MLK to Bruce Lee, and following the border 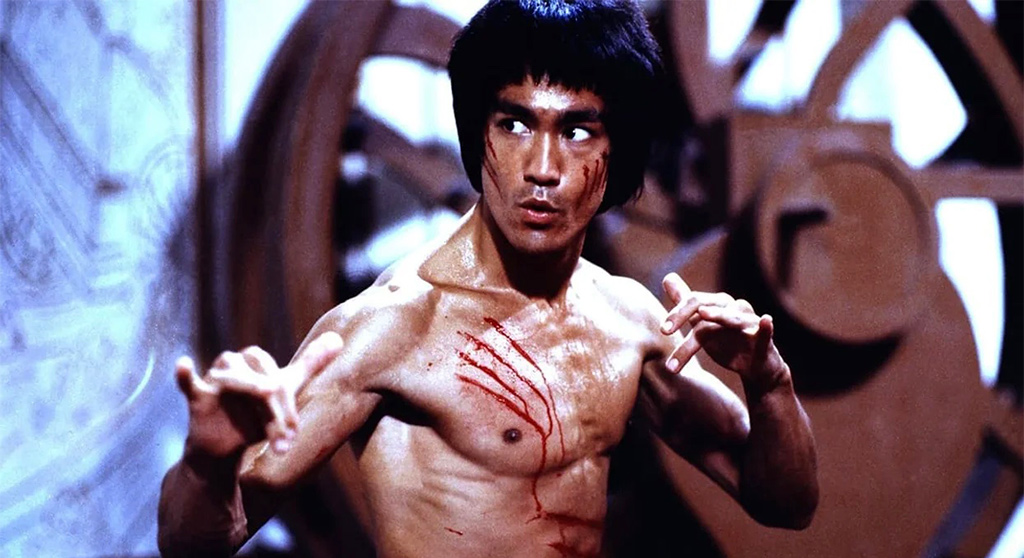 Coronavirus edition, XLVII: Films to shelter with, from MLK to Bruce Lee, and following the border

An arcanely told narrative that feels told from the chair of a seasoned auteur. Yet this is Fernanda Valadez’s first feature wrapping its arms around the challenges and perils facing border-crossing Latinx people, who don’t always make it. And then what of those who send, love or expect them? The eternity of not knowing is the burn; as we embed with one such haunted soul – a mother (Mercedes Hernández) seeking news of her son – narratives of gangs, drug lords and corrupt agents take form. The misty shards of grim reality, cut to the bone, are relayed brilliantly by Valadez in eerie, terse teases. Part of the Brattle’s Virtual Screening Room.

Sam Pollard’s doc delves into the declassified files detailing the U.S. government’s surveillance of Martin Luther King Jr. The film, in a flat, straight-ahead manner, details the culmination of the civil rights era and the wary, yet critical relationship between King and the Kennedy brothers en route. One of the main reasons King was put under the lens was his affiliation with activist Stanley Levison, who advised King and helped write his speeches but had long been on the FBI’s watchlist. Of course J. Edgar Hoover factors in. The film doesn’t so much champion King as it does examine the challenges he had to overcome to ignite a movement. Available on demand.

Michael Bay, the man of excess who made “Armageddon” (1998), the “Bad Boys” films and the mindlessly campy “Transformer” series, also made a few flicks based on real life and worthy of a watch – “Pain & Gain” (2013) and “13 Hours” (2016) to name two. This mysterious billionaire (Ryan Reynolds) with a special-ops team off the grid and out to do worldly good (such as overthrows of despots that the CIA won’t touch) winds up closer to Bay’s roots. The action sequences – wild car chases through old world Europe and skyscraper parkour – impress. The choreography and orchestration is brilliant when you take a step back, and an exhausting adrenaline rush as you take it in. Among Reynold’s posse are a former CIA operative (Mélanie Laurent, “Inglourious Basterds”), a hitman (Manuel Garcia-Rulfo, “Widows” and “The Magnificent Seven”), the race car driver (Dave Franco) and an ex-army marksman (Corey Hawkins, who played Dr. Dre in “Straight Outta Compton”). Streaming on Netflix.

Last week I hailed recently passed Tanya Roberts for her well-performed small part in James Toback’s crime thriller “Fingers” (1978). Other than that film, Toback is best known for his screenplays for “Bugsy” (1991) and “The Gambler” (1974) and a recent #MeToo rash of accusations such as for the casting of his locally filmed 2001 mediocrity, “Harvard Man.” This weirdly inane, psychological thriller is the last film Toback worked on before the wave of allegations pretty much killed any future projects. In the film, artfully framed, he sits as a friend or mentor to Sienna Miller, an actor who may or may not have committed murder, and asks her about her art and personal life in such a probing way that if you read the testimonials from Selma Blair and Rachel McAdams about those casting calls, it’s even creepier to take in (should you make it that far). Toback’s role in the film, which is not small, is conveniently uncredited. Alec Baldwin lends his mug as the detective on the case, and the cat and mouse between him and Miller makes it all almost worthwhile. Corporate raider Carl Icahn, whom one can imagine ponied up the funding for the part, gets to pop in as a family friend visiting Miller. Streaming on Netflix.

Blake Lively (“A Simple Favor,” “The Town,” “The Shallows”) does better than Jessica Chastain in last year’s tepid (and Boston-shot) “Ava,” but isn’t quite up to the level of Jennifer Lawrence (“Red Sparrow”) or Charlize Theron (“Atomic Blonde”) in this dark, kick-ass, can-do assassin thriller. Lively plays something of a burnout, on drugs and living loose, not far off from Bridget Fonda’s lethal goth ingenue in “Point of No Return” (1993), whose family died in a mysterious plane crash that was likely the work of terrorists. With the help of Jude Law’s operative, she gets cleaned up, embeds and starts to track the factions and agencies that may be responsible. Nothing you haven’t seen before, and the plot manipulation asks a lot, but Lively, with her constant, steely resolve, holds it together. Streaming on Amazon Prime and Hulu.

Agnieszka Holland, a groundbreaking female voice in cinema – but largely unknown as such – with such heralded works as “The Secret Garden” (1993), “Olivier, Olivier” (1992) and “Europa Europa” (1990), co-directs this curio (with Kasia Adamik) about a series of mysterious deaths in a Polish village that may or may not be the work of wild animals, a fellow human or something more insidious. The cinematography by Jolanta Dylewska and Rafal Paradowski captures the snowy woodlands in stark, aesthetically composed and contrasted frames. Adapted from Olga Tokarczuk’s 2009 novel “Drive Your Plough Over the Bones of the Dead,” the themes of man versus nature and nature biting back echo “Cloverfield” (2008) to Larry Fessenden’s weirdly wild “Wendigo” (2001). Part of the Brattle’s Virtual Screening Room.

So happy to see this on Netflix! Bruce Lee is at his charismatic best in this spy thriller wrapped up in a martial arts tournament hosted by an evil overlord. It’s a film I could rewatch perhaps every other week. And while I always marvel at Lee’s athleticism and confident command, as well as John Saxon’s play-it-as-it-lays gambler, there’s a lot of intriguing social background material to drink in that relates to present day. Take the imperial-triggered poverty of Hong Kong’s masses pre-handover; police targeting a black man (Jim Kelly) for just being out in the street; or the sexual enslavement of women. I find something new to home in each time, and always love the cinematic renderings of the Hong Kong harbor. As far as action goes, just top-notch.

The title refers to the long expanse along the border between the United States and Mexico in Texas. In this walk-a-mile-in-their-shoes paradigm, a pro baseball prospect (Jake Allyn) protecting his family’s land shoots a border-crossing Mexican and seeks refuge from the investigation in Mexico – where the tables of who’s the “other” and who’s frightened are flipped. The film’s embossed by some soulful performances, especially by George Lopez as the Latin-American ranger on the case who can’t speak Spanish, though most on both sides of the border assume for better or worse that he can. The big themes of immigration, racism and eminent domain pop up, relevant and reflective but also cliche and manipulative. Not yet streaming.

This post was updated Jan. 18, 2021, to correct that “Cool Hand Luke” is streaming on Netflix; another service was named incorrectly.