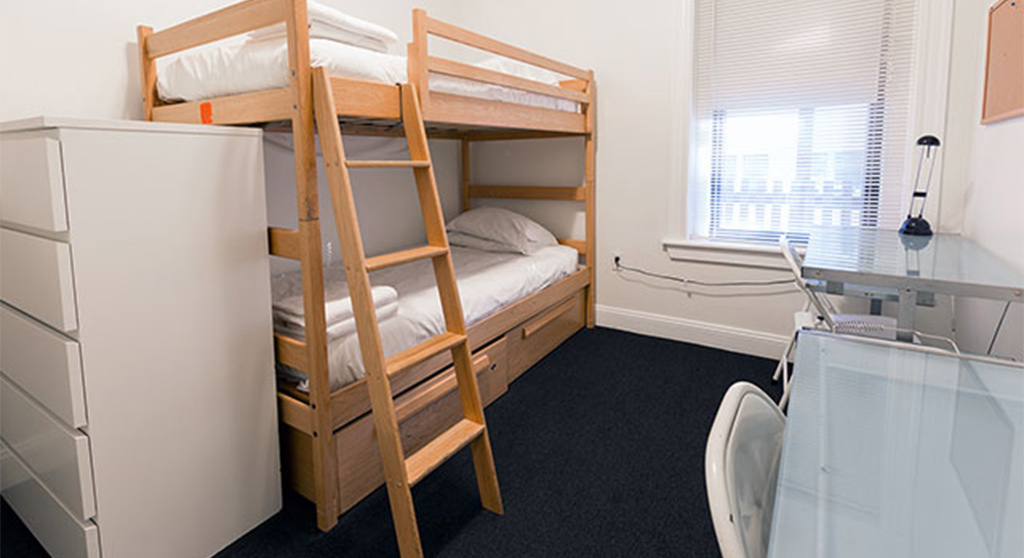 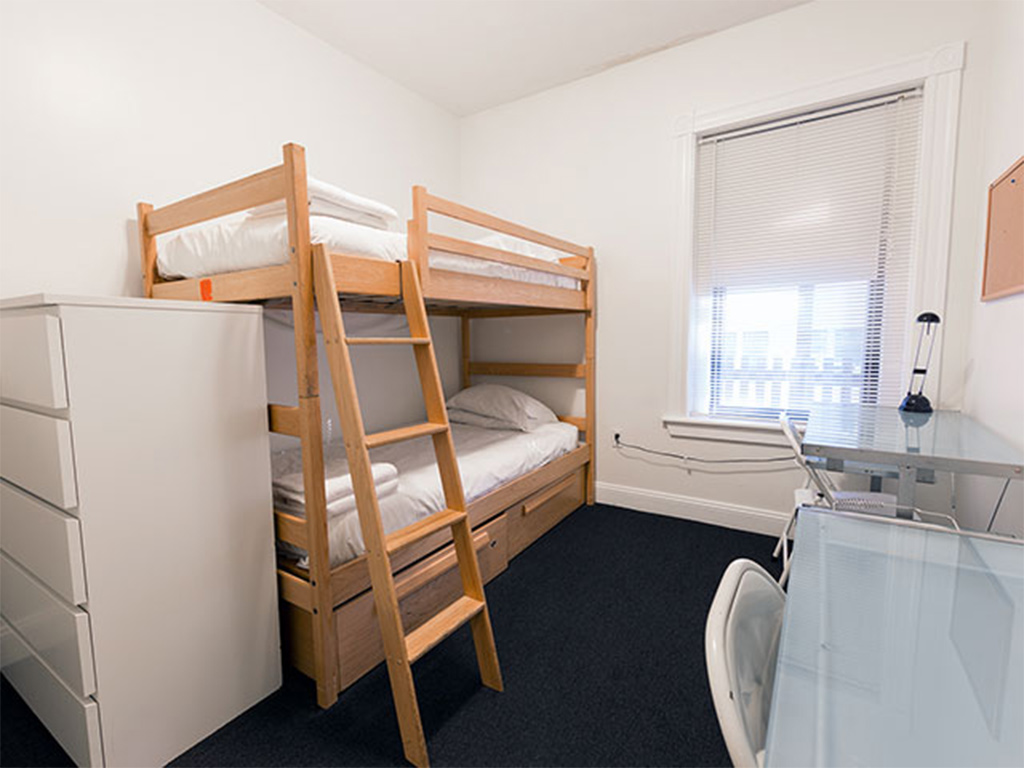 The city should look into keeping at least 50 rooms for the homeless at Green Hall, an otherwise empty student dorm of the Harvard Square-based New England School of English, city councillors agreed Monday. Seven were in favor; councillors E. Denise Simmons and Tim Toomey voted “present.”

A second issue affecting the homeless – how to handle the “hostile architecture” meant to deter people from getting comfortable in public places – returned to councillors after a similar January vote but didn’t get resolved Monday. Councillor Patty Nolan used her “charter right” to bump the topic to the next week as debate bogged down late in a six-hour meeting. (The topic of the homeless at Green Hall had itself already been charter righted from the Jan. 11 meeting, by Simmons.)

The rooms at Green Hall, 15 Green St., in Cambridgeport between Central Square and MIT, are already being used for housing the homeless, but by the state. Councillor Marc McGovern – whose background is in social work – has proposed that the city pick up where the state leaves off when its contract ends shortly before May. The decision looks like an easy one based purely on finance, as President Joe Biden has increased federal reimbursement for such purposes to 100 percent through September; offering the rooms to the homeless should cost the city nothing.

What’s most appealing to supporters, including around 45 residents who spoke during the meeting’s public comment period, is that the rooms are “non-congregate,” meaning residents won’t be forced so close to other people that they might catch or transit the coronavirus.

Still, there was hesitation on the part of some councillors, in part because the state’s recent use of Green Hall to house the homeless, in a contract with the Harvard Square-based nonprofit Solutions at Work, was sprung on Cambridge.

“I heard literally on one day that it was a possibility and the next day the contract was announced by the state,” McGovern said. “The lack of outreach wasn’t really on us.”

Simmons, seemingly shocked by the sudden presence of a new wet shelter in the city – meaning residents don’t need to abstain from drinking or drugs to qualify for getting out of recent single-digit temperatures – urged that the city’s takeover of Green Hall or its growth beyond the existing 50 rooms not be a second surprise. “I want some assurance that we’re just not going to do it, that we will … talk to some of the stakeholders before we do it. That’s all I need, otherwise, I’d have to vote present,” Simmons said. It was a more or less standard request from a councillor, though Simmons had notoriously just ignored the council’s process, as agreed to publicly, to negotiate the city manager’s contract extension in September.

After assurances from McGovern and councillor Quinton Zondervan that there was a full process to go through, and that McGovern was already in touch with stakeholders, Simmons seemingly forgot her promise, approving an amendment before the main vote and then voting “present” on the motion.

Simmons had also expressed confusion over the initial order because interest in Green Hall predates the state’s contract. “The way it’s written, it would appear that we were looking to do something brand new,” she said.

Councillor Jivan Sobrinho-Wheeler had found the dorm months ago during a failed push to get the city to offer the homeless the many hotel rooms left empty by coronavirus fears and travel restrictions. While Cambridge hotels resisted, he found a hotel in Medford that was willing and toured Green Hall, empty of its usual international students eager to learn English as a second language. In April the city instead opened a group shelter at the War Memorial Recreation Center; though the state changed the plan by finding what Cambridge could not: Rooms at the Freepoint Hotel in Alewife for homeless people testing positive for Covid-19. Then the agreement collapsed and the quarantine was moved to “a regional hotel” outside the city.

The War Memorial has been returned to the school district and replaced by a 58-bed adult homeless shelter that opened Dec. 16 in unused parts of Spaulding Hospital at 1575 Cambridge St.

The motion approved Monday allows the city to consider housing outside its borders, although logistics raise questions – such as around providing security, which could not be automatically be handled by Cambridge police.

Speakers during public comment, many of them from Harvard and several identifying themselves as members of the Harvard College Young Democratic Socialists of America, may not all have known of the work by councillors or the city.

“Coming from Iowa and growing up as a first-generation, low-income student, I looked to Harvard and Cambridge and the Boston area and really, really was excited to come here. And I’ve been disappointed – by the hostile architecture and the lack of action or the slow action taken to help the unhoused populations. I don’t know why we haven’t already accepted these [federal] funds,” Harvard’s Jaden Deal said. “Cambridge is supposed to be a leader. And if we keep ignoring these issues and brushing them away, they’re never going to be solved and we’re going to have people dying right outside the hotels that are vacant.”

Some testimony made it clear that the efforts were known. Huma Gupta, of the group Project Right to Shelter, noted the history and was upset “city leadership chose in April of last year to implement two different standards of public health for housed versus disenfranchised, unhoused residents … These types of dehumanizing policies not only violate human rights law, but they simply do not correspond with the progressive image that Cambridge presents to the world,” she said.

“Even under the Trump administration, the reimbursement levels [for non-congregate shelters] were 75 percent,” Gupta noted.

McGovern said he appreciated the passion of the speakers, but said it hurt their credibility to say Cambridge had done nothing for the homeless, considering it’s spent more than $12 million for homeless services over the past 10 months, and without reimbursement. In addition, there were complexities that needed to be looked at, including that neither the roughly 50 non-congregate beds at Spaulding or the 50 at Green Hall were at full capacity. “I would love the advocates to help with this – why is that? We know there’s a need,” he said. “Are we doing a terrible job of telling people that they’re there? Are the requirements to get in too stringent?” (Solutions at Work said the men’s beds at Green Hall have been full as Jan. 25.)

By councillors’ recollection, notice of the state’s plan for Green Hall came in late November, but the shelter opened at the new year. In the past two weeks, Green Hall has seen six overdoses and one suicide, McGovern said, “so this is not easy.”