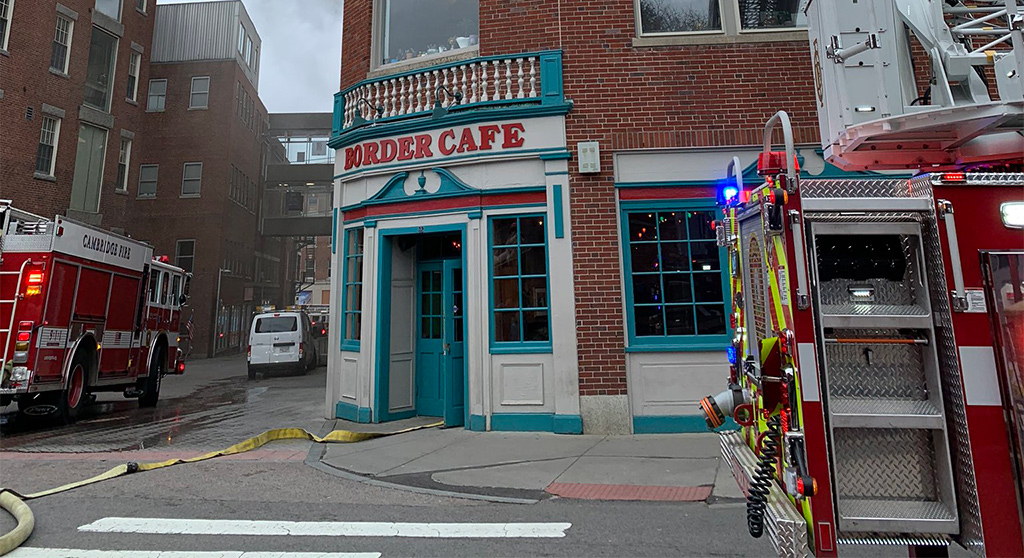 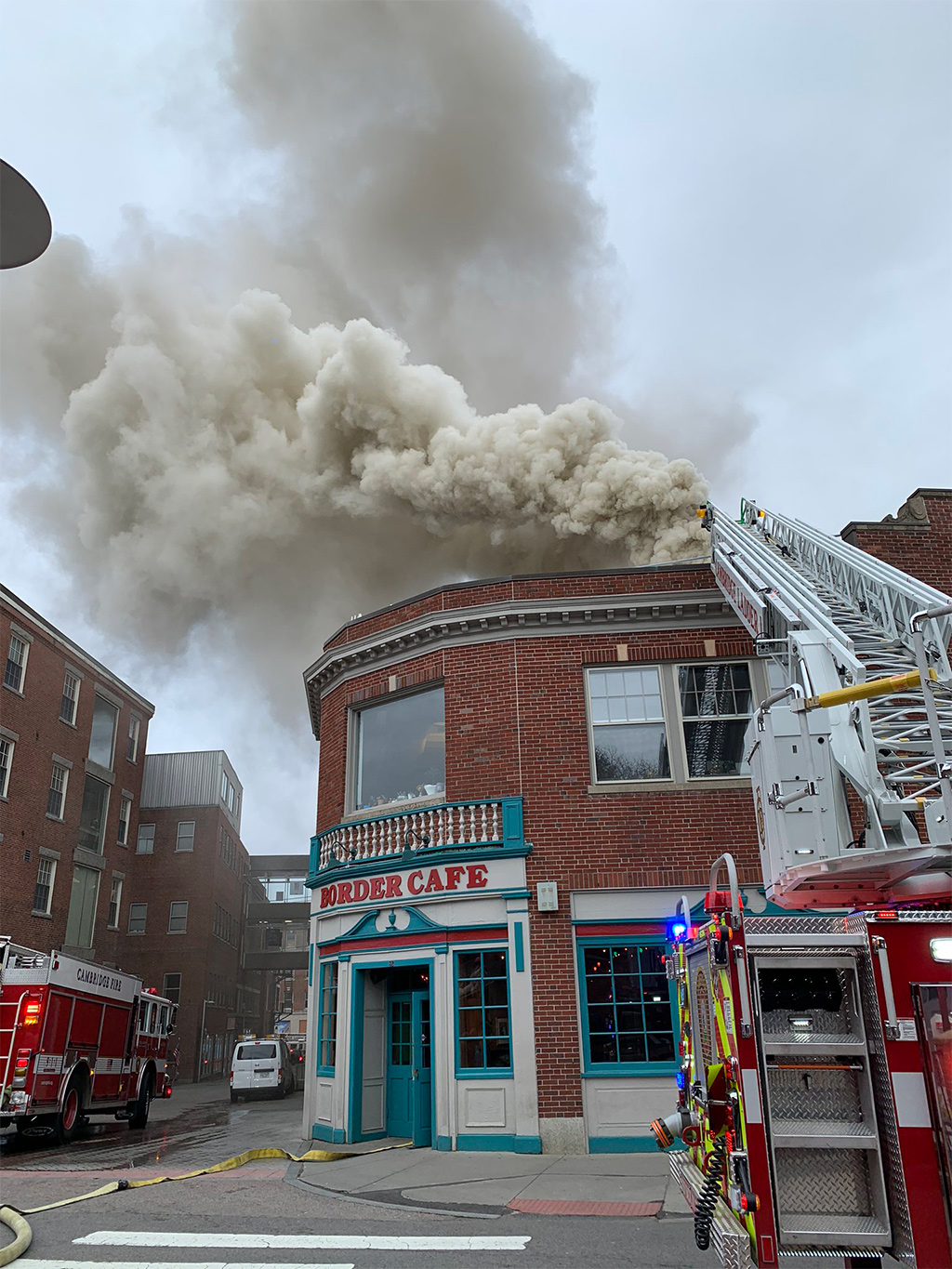 A fire is battled Dec 1, 2019, at the Border Cafe in Harvard Square. The day’s lunch was the last meal the restaurant would serve. (Photo: Tatiana Cochis via Twitter)

The Border Cafe in Harvard Square is no longer closed for renovations since a fire broke out Dec. 1, 2019 – now it’s just closed permanently, a restaurant manager said Wednesday.

“We decided not reopen that location,” said a general manager at the small chain’s Burlington location, which had been cold-called in search of a contact for a company headquarters. (There is no such contact, the manager said.)

Denise Jillson, executive director of the Harvard Square Business Association, said she found out late last week about the closing.

Recovering from a fire can take several months for any restaurant; the Border Cafe suffered a two-alarm exhaust system blaze during a Sunday lunchtime rush. But the location never really got a chance to reopen, as the coronavirus lockdown took place a little over three months later. It had served food for nearly 33 years before spending another dozen months vacant, and the Cambridge Office for Tourism still cites the business as renovating.

“We decided at the end of the year” not to reopen, said the manager, declining to give a name but saying they had previously been a manager at the Harvard Square location. The closing was described as “amicable,” with a reference to it being difficult “coming to terms with Harvard.” The manager was not able expand on what that meant. The 5,071-square-foot site has been owned by Harvard University since 1984; the Harvard Global Health Institute has offices upstairs.

Lines out the door

The 32 Church St., Harvard Square, location opened in 1987 and began expanding quickly to five more sites: in 1990, to Saugus; in 1992 and 1996 to Woodbridge and Fairfield, New Jersey; in 2001 to Newark, Delaware; and in 2007 to Burlington. The original location drew lines out the door night after night with its Tex-Mex and Cajun foods and cheerful bar, and there was a regular need for police details to watch over customers. The restaurant even expanded in 1994 to add 15 seats and space for 10 more people to wait, The Harvard Crimson reported. That changed with the July 2012 closing of the 10 Church St. AMC Loews cinema, which brought fewer customers to the businesses all the way down the blocks to Brattle Street.

People have noticed the lack of updates for the Border Cafe location since the fire in late 2019, though the extended slump in business from coronavirus left its fate obscured longer than likely at other once-thronged restaurants; several local restaurants and other businesses are “hibernating” for some or all of the pandemic. “At this point it seems bleak. Walked by tonight and looked in the window and it seems no progress has been made by the looks of it being completely gutted out,” a Facebook user identified as Thomas Thompson said in September. “Saw a dumpster in the side alley and the restaurant space has been cleared out,” user Mary Dill said Dec. 29 – more than a year after the fire, and around the time the Burlington manager said the decision was made not to reopen.

Before the Border Cafe’s moved in, 32 Church St. was famous for another eatery: the Oxford Ale House (sometimes called the Oxford Grille), which the Cambridge Historical Society said served the customers and managers of its neighbor on Palmer Street, Club 47 – the folk club now known as Club Passim.