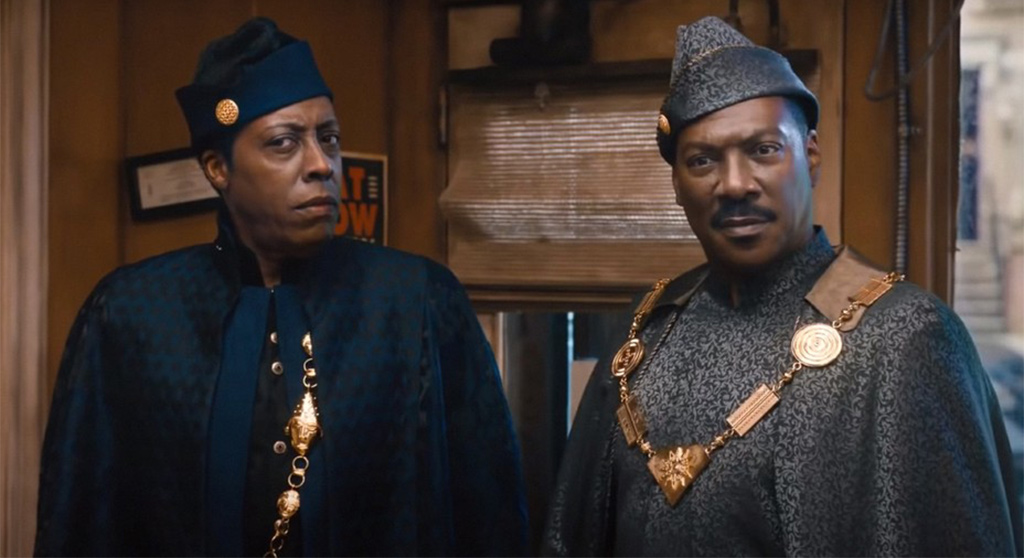 Women’s History Month was established under the Reagan administration in 1987. Though it’s changing more and more, women in cinema have mostly been in front of the camera. Few probably know that actress Mary Pickford helped found United Artists back in the early days of Hollywood, or that only five women have been nominated for a Best Director Oscar, the last being Greta Gerwig for “Lady Bird” (2017), and only one has ever won – Kathryn Bigelow for “The Hurt Locker” (2008). Here are four selections to view during Women’s History Month that celebrate women on film and mark milestones in the history of women in filmmaking.

Niki Caro’s follow-up to her groundbreaking 2002 tale about a young Maori girl’s coming of age “Whale Rider,” depicts the first major case of sexual harassment to successfully see legal justice. The harassment comes not in an office tower with good old boys leering and jeering, but in the mines of northern Minnesota. Charlize Theron plays Josey Aimes, a hairdresser who opts for the mines to earn triple the pay. She also speaks her mind. The incredible cast includes Sissy Spacek and Richard Jenkins as Josey’s parents and Frances McDormand and Jeremy Renner as miners sympathetic to her cause, as well as Sean Bean and Woody Harrelson. The actor who played the young girl in “Whale Rider,” Keisha Castle-Hughes, was nominated for the Best Actress Oscar and lost to Theron playing serial killer Aileen Wuornos in “Monster.” For rent on Amazon Prime and other services. (Tom Meek)

In Donna Deitch’s pivotal romance “Desert Hearts” a New York professor divorces her husband and travels to Reno to establish residency in Nevada – the state with the fastest separation laws. What might’ve simply been a story of a woman coming into her own separated from societal pressures and expectations becomes heightened as Helen Shaver’s Vivian begins an affair with another woman, Cay (Patricia Charbonneau.) Released in 1985 and set in 1959, the film is a queer classic featuring a swoon-worthy romance and populated with richly drawn and fleshed-out characters. Deitch’s direction is electrifying, capturing the thrills of new love and the all-consuming effect blossoming romance has on a person. The chemistry between Shaver and Charbonneau is undeniable, and the work from Deitch and cinematographer Robert Elswit captures their mutual longing, as well as the suggestions of freedom that Cay and the open landscapes represent for Vivian. From the moment Cay bursts onto the screen until the film’s very end, which, while open-ended, is undeniably hopeful, “Desert Hearts” is a fully immersive experience and a landmark for LGBTQ representation in film. Streaming on Kanopy, HBO Max and other services. (Ally Johnson)

Director Elaine May instills her devastating drama with a steely cynicism. Former friends Mikey (Peter Falk) and Nicky (John Cassavetes) are brought together one night when the latter reaches out for help, fearing someone is trying to kill him. Little does Nicky know though that his old friend, the only person he believes he can trust, may not have his best interest at heart – an excuse for two masters to play off of one another. Falk and Cassavetes are terrific in the roles, with May capturing an easy back and forth dynamic and a palpable tension between the two, resulting in a naturalism that adds gravitas to an already heavy film. A story about enduring friendship and heartbreaking betrayal, “Mikey and Nicky” deconstructs the masculinity of the ’70s by showcasing how pride and paranoia self-isolates. With one of the greatest and most chilling endings in cinema, the story is a hypnotic viewing and one worthy of rewatching. The finale gives all that came before a greater sense of dread as we realize that Nicky’s mounting paranoia might have been the only thing protecting him from the start. Streaming on HBO Max and Amazon Prime. (Ally Johnson) 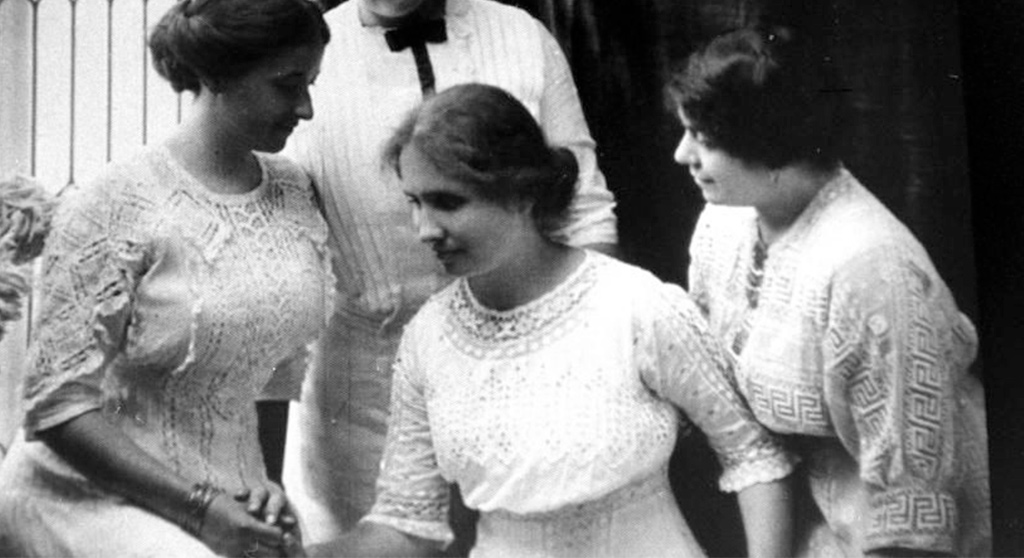 The first documentary feature directed by a woman to win an Academy Award. The subject is the indomitable Helen Keller, blind and deaf but befriended by Alexander Graham Bell, who recommended her to the Perkins School for the Blind, where she met tutor Anne Sullivan – a pairing made famous by Arthur Penn’s Academy Award-winning docudrama “The Miracle Worker” (1962). Keller attended Radcliffe College here, and as a world ambassador for the handicapped visited Hiroshima and Nagasaki shortly after World War II. The film is delivered very much in what we today would describe as ’50s newsreel footage style, but the amazing thing, drinking in the older Keller (born in 1880 and died in 1968), is the graceful perseverance hiding a willful and determined spirit. To not be moved by Keller or the film is to be unmovable. The filmmaker, Oscar winner Nancy Hamilton, made only this one film. It would be another 22 years until another female documentary filmmaker, Barbara Kopple, would win the to award for “Harlan County USA.” For rent on Amazon Prime. (Tom Meek)

This week the Brattle Theater presents “Keep an Eye Out,” the 2018 corporate arthouse thriller by auteur of quirk and horror Quentin Dupieux, whose curios include “Rubber” (2010) a tongue-in-cheek dark comedy about a homicidal tire, and “Deerskin” (2019), a less satirical but darker spin about a sinister, manipulative suede jacket. Also playing are restorations of the 1971 documentary “F.T.A.” about the anti-Vietnam War comedy show Jane Fonda and Donald Sutherland put on across Southeast Asia, and Henri-Georges Clouzot’s classic 1956 documentary, “The Mystery of Picasso,” which captures the famed artist in the flesh and at the easel.

On Wednesday, the Brattle partners with the Boston Underground Film Festival, self-proclaimed “purveyors of the strange,” for a virtual screening of the IFC Midnight cult hit “Come True” (2020). The film, about a teen runaway who takes part in a sleep study that becomes a nightmarish descent into altered reality hell, must be started between 7 and 10 p.m. (Tom Meek)

Aaron Matthews’ documentary follows the title embraced author of acclaimed books about the Vietnam War (most notably his award-winning 1990 collection, “The Things They Carried,” which the Library of Congress named one of the 65 most influential books in U.S. history) at the age of 74 as he tries to write one last book after having not written in 15 years. O’Brien, who served in Vietnam, saw his due of death and worked as a journalist at The Washington Post, also got to fatherhood late and has an adolescent son. Writer’s block and the fear of not being there for his son’s high school graduation creep in, and there’s O’Brien’s need of nicotine to contend with. How can you want more time on the clock when you’re smoking like a fiend, a viewer might ask. No matter; O”Brien is a jocular, reflective sort who posses unique views on war, death and peace. Writerly types will surely be intrigued. For rent on Amazon Prime and other services. (Tom Meek)

After fleeing a backwoods cult, a woman (Katie Groshong) tries to turn her life around by taking a job in a home for special-needs adults, only to be drawn back to the dark side. Does the woman with Down syndrome need saving from demonic forces, or is caregiver Kate suffering from PTSD? Not quite “Martha Marcy May Marlene” (2011) or “The Blair Witch Project” (1999), but director Chad Crawford Kinkle knows eerie, quirky ambiance (having Larry Fessenden acting helps) even if the occult odyssey doesn’t quite marry up in the end. Groshong’s performance goes a long way to sell the psychodrama, and the trippy countdown sequence that runs through her head is unshakable, but most of the other grim tricks ring postured and hollow. For rent on Amazon Prime and other services. (Tom Meek)

The wacky little Nickelodeon cartoon about a yellow sponge at the bottom of the sea gets its third big screen release. This time Bob and starfish pal Patrick have to go on a quest to save snail friend Gary. There’s something to do with a crab sandwich recipe, a vainglorious goofball variation of Poseidon, and Keanu Reeves and Snoop Dogg lend their real-life mugs as oracles and guides to Bob and Patrick. Pretty basic SpongeBob ebb and flow. The animation by director Tim Hill is a top-notch rendering likely best enjoyed by adults consuming edibles. Streaming on Paramount+. (Tom Meek)

A ripped Frank Grillo plays a resourceful actioneer caught in a videogame loop of sorts. Every day he wakes up in a posh loft with a comely blonde by his side as a hitman sneaks in to take him out, and then there’s the chopper with a gun turret, a ninja with a sword and Mel Gibson. Each day he dies and comes back to do it again – think “Mortal Kombat” married with “Groundhog Day.” Grillo is fine as the noirish wiseguy kind, Gibson adds relish as the head honcho heavy and Selina Lo steals the film as the sword-swishing ninja with a dash of Errol Flynn gusto to her delivery. Naomi Watts, Michelle Yeoh and the usually outrageous Ken Jeong get lost in the background in supporting parts, and old pal Rob Gronkowski pops up as on of Mel’s short-lived minions. The film has a “Deadpool”-ish verve to it, but after six or seven go-rounds (halfway in) the chamber runs dry. Streaming on Hulu. (Tom Meek)

Probably a film that will resonate mostly with fans of the titled author or those deeply into the process of literary creation and the process of getting it out in the market. The film, based on Joanna Rakoff’s memoir and set in 1995, tells the tale of a wide-eyed, young Rakoff (Margaret Qualley), who goes to work for Salinger’s demanding literary agent (Sigourney Weaver) and answers fan mail for the famously reclusive author of “The Catcher in the Rye” who has ceased writing and lives famously in isolation in Cornish, New Hampshire. We hear Jerry on the phone every now and then (pleasant fellow), but the real fire in “My Salinger Year” is Joanna’s desire to write and Weaver’s Margaret continually trying to hold her in check. Joanna’s beau (Douglas Booth), also an aspiring novelist, morphs from hip 1990s beatnik to contemptuous bro ass. Weaver is quite excellent here pulling off the literary version of “The Devil Wears Prada” (2006) with nuance and subtlety, and Qualley (“Once Upon a Time … in Hollywood,” “The Nice Guys” and daughter of Andie MacDowell) demonstrates an impressive range that adds to her impressive and growing CV. Showing at Landmark Kendall Square Cinema, 355 Binney St., Kendall Square, and for rent on Amazon Prime and other services.(Tom Meek)

When talking about favorite movies (such as “Barbershop”), Lavelle (Jermaine Fowler) remarks, “Why do they make sequels to movies nobody ever asked for?” – a self-referential quote if ever there was one. Back in 1988, Eddie Murphy’s young Prince Akeem of Zamunda along with pal and adviser Semmi (played by Arsenio Hall), came to America on a quest for love; 33 years later they’re back looking for Akeem’s male heir (Lavelle) whom he sired (with Leslie Jones, hysterical here) during that trip. Murphy and Hall play myriad side roles, as they did in the first film, and Wesley Snipes is a great add-in as strongman General Izzi, who’s plotting to wrest the fictional African country from Akeem. Directed by Craig Brewer (“Hustle and Flow”) the film, strong in production values, is something of a nostalgia tour for Murphy, Hall and the rest of the ’88 cast (John Amos and James Earl Jones among the many). Amazing too how the comic sense hasn’t shifted much either in light of today’s wokeness; in chauvinistic Zamunda, women can’t own a business, and when Akeem and Semmi walk into a barbershop in New York, they’re greeted with a “Hey, it’s Kunta Kinte and Ebola!” It floats, but just barely, like the latest “Borat” installment. Might be a hard drink for anyone who hasn’t seen the 1988 hit. Streaming on Amazon Prime. (Tom Meek)