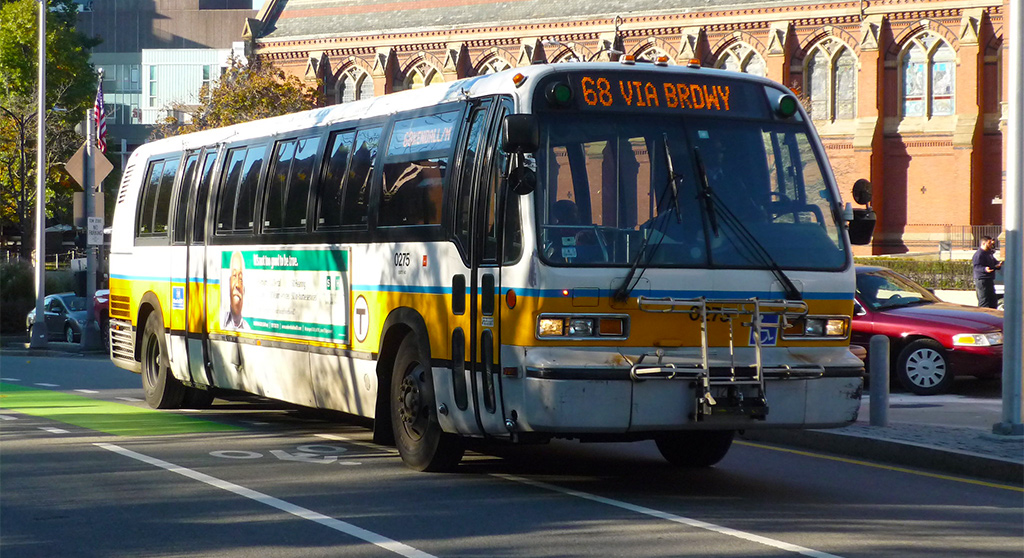 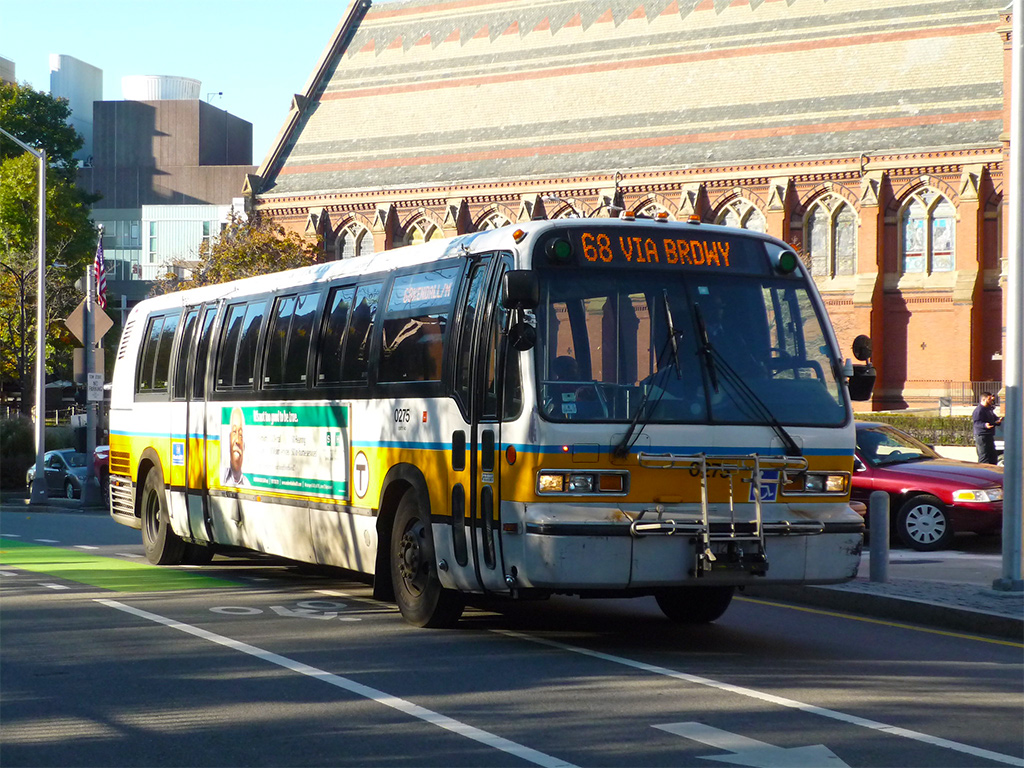 The 68 bus, seen by Harvard’s Memorial Hall near Harvard Square in 2015. (Photo: Jason Lawrence via Flickr)

The suspension of service on the 68 bus line will end June 20, the MBTA said Monday.

The bus route, which connects The Port and Wellington-Harrington neighborhoods with Cambridge Rindge and Latin School and the Cambridge Main Library, saw a service cut implemented March 14 with other limitations that the Massachusetts Bay Transportation Authority claimed were required by the pandemic. The cuts are being undone after protests pointing out that the transit agency was not short of money after federal disaster relief.

“The MBTA has responded to our advocacy,” state Rep. Mike Connolly said Monday upon learning of the reversal in a summary of the transit agency’s expected “Summer Service Plan.”

Connolly and state Sen. Sal DiDomenico protested the cut in a March 29 letter that described the value of the 68 bus route and rejected the suggested alternatives – the red line subway, or 69 and 64 bus routes – as unhelpful. “For many residents of The Port, the walk to either the Central or Kendall red line stops is more than half a mile away, as is the walk to the 69 bus on Cambridge Street. And while the 64 bus does cover some of the stops we’ve lost with the 68, it turns on Prospect Street before reaching any of the important civic landmarks in the vicinity of the main public library and CRLS. In short, Broadway is too important of a corridor to not have full public transit services,” they said.

Connolly announced the service cut reversal Monday on social media. In addition to the 68 bus route, the 18, 52, 55 and 465 routes will see all or some of their service restored.

The MBTA stopped short of promising to restore full, pre-pandemic service levels. The “Summer Service Plan” is an attempt to restore as much service as quickly as possible, and the agency will go on evaluating ridership levels and making changes in the future, according to slides released Monday.

Leadership at the MBTA attributed the delay of more than two months between the announcement and restoration of service to a hiring slowdown that has reduced its capacity to respond quickly. Elevated rates of covid-19 among employees is compounding the staffing issue.

Bus drivers go through an eight-week training program before being certified to drive, and an April class of trainees will bring much needed operators to bus routes. “We’re anticipating a group of trainees becoming available on June 1,” said Jeffrey Gonneville, the MBTA’s deputy general manager.

The state of service restoration across the region’s transit remains fairly fluid. “Teams are working right now on our plan for rail. We are planning on increasing service back in the summer” for the red, green, and blue lines, Gonneville said.

This post was updated April 14, 2021, with information from Massachusetts Bay Transportation Authority officials.