Coronavirus edition 59: Taken for a ‘Bad Trip,’ watching for Earth Day, given a touch of ‘Hope’ 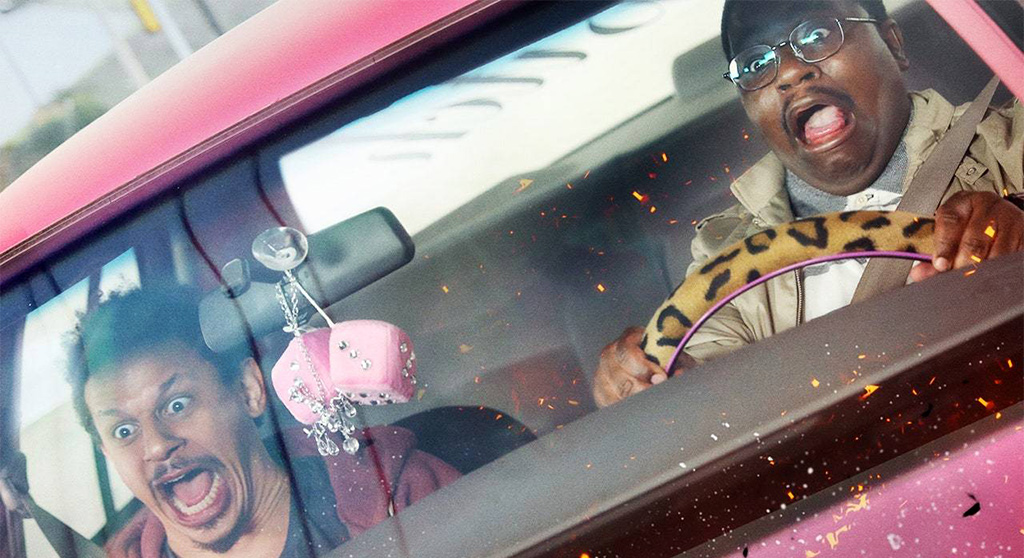 Coronavirus edition 59: Taken for a ‘Bad Trip,’ watching for Earth Day, given a touch of ‘Hope’

Thursday is Earth Day, so here are three suggested viewings to appreciate Mother Nature – and a quick plug for the upcoming Disney/NatGeo series “The Secrets of Whales,” narrated by Sigourney Weaver and shot with the same kind of stunning cinematography the “Planet Earth” series was framed in.

When it comes to a global warming wakeup call on film, folks are probably most dialed into Davis Guggenheim’s 2006 Oscar winner “An Inconvenient Truth,” in which former veep Al Gore details the crisis still ailing the human race that has become fodder for many a sci-fi film these days (“Chaos Walking,” “Voyagers” and “The Midnight Sky”). Equally compelling, if not more so, is Leila and Nadia Conners’ 2007 tag-along, “The 11th Hour,” narrated – more hosted by – a very discerning, engaged and convincing Leonardo DiCaprio. The urgency of the title is propelled by a visceral montage projecting the imminent apocalypse, though “The 11th Hour” ultimately blossoms into a 21st century PSA of sorts, buoyed by hope and optimism, providing solutions and answers that “Truth” never really did. A good watch to see where we are now, 10 to 15 years out. Available to rent or buy on Amazon Prime, YouTube and other services.

Next month, we get Victor Kossakovsky’s can’t-take-your-eyes-away documentary of pigs on a farm in Norway, “Gunda,” one of the very best films of 2020. To tide you over, take in the director’s equally compelling “Aquarela” (2018), a contemplation on man and water and a power Mother Nature holds over us that we tend to forget. The cinematography, score and rhythms are beyond hypnotic, and the opener – in which a car zips across an iced-over Russian lake and plunges right in – gets you on your seat. A later rescue attempt to a similar mishap is shiver-worthy and lingering. (Read the full review from Aug. 28, 2019.) On Fubo and other services. Available to buy on Amazon Prime, Apple TV and other services.

If you’ve always been held rapt by the opening of Sam Peckinpah’s wild western, “The Wild Bunch” (1969), not just the big shootout where camera placement and the choreography of violence and editing was visionary, but also those kids on the fringe staging their own battle between red ants and scorpions, shot closeup as if the insects were giants, that’s kind of what goes on in “Microcosmos” (1996), an 80-minute travelogue by Claude Nuridsany and Marie Pérennou through a field in France where we get graphic closeups of ladybugs, snails mating (or is it fighting?), spiders in wait and attacking and dung beetles doing what dung beetles do. The capture and camerawork is so perfect you feel like a Lilliputian observer in a Jurassic Park of sorts. The French version is narrated by Jacques Perrin, who would go onto to co-direct another nature-centric documentary, “Winged Migration,” in 2001 that would go on to win the Academy Award in that category; the English version is narrated by Kristin Scott Thomas. On Paramount+ and available to ent or buy on Amazon Prime, Google Play and YouTube.

Streaming at The Brattle is Maria Sødahl’s “Hope,” a semi-autobiographical account of a devastating cancer diagnosis that triggers the reconstitution of romantic feelings. As Sødahl’s alter ego Anja, Andrea Bræin Hovig gives a critically hailed performance as a theater choreographer falling away from her partner of two decades, Tomas (Stellan Skarsgård, “Good Will Hunting”), a theater director who is always putting work before family – they have six children. As things look to hit a diverging point, Anja gets that cancer call and matters shift in surprising, emotional sways. The film was Norway’s 2020 official Academy Award submission for Best International Feature.

Comedian Eric André of “The Eric Andre Show” pulls a more genial Sacha Baron Cohen/Borat with this cheeky, punk-unwary-bystanders satire that ride the rails of race and good taste. Sophomoric fare that aghast passersby drink in include André’s Chris getting sodomized by a gorilla; Chris and his BFF Bud (Lil Rel Howery) being the only two Black people in a Southern bar where an inebriated Chris profusely projectile vomits; and a minister who wants in on a wedding kiss. The thin plot has the Florida-based besties road tripping because Chris has a passing fancy for a car wash client (Michaela Conlin) who runs an art gallery in the Big Apple. Most commanding – and outrageous –  is Tiffany Haddish (“Keanu,” “Girls Trip”) as Bud’s sister, busted out of jail and on the lads’ trail because they stole her car. Haddish owns the film that often goes over the edge (beating a blind man with his cane) but also digs deep at what ails us, especially when the three dress up as white people and attend a socialite ball. On Netflix.

Director Skye Fitzgerald’s Oscar-nominated documentary (from MTV, of all places) trains its lens on two Yemeni nurses and two undernourished young girls who are probably safer in their ward than outside, where bombings go off like clockwork. What drives the film is the terrible aftereffects of Yemen’s civil war, to which most of the world has turned a blind eye, and the starvation triggered by it – more devastating than the bombs dropped. The short is the third in Fitzgerald’s “Refugee Trilogy” (“50 Feet From Syria” and “Lifeboat,” also nominated for an Oscar). The cinematography and production values are high, as is the human drama and compassion on display. On Amazon Prime.

A super turgid actioner from George Gallo, who, while not really a household name, is the pen behind the “Bad Boys” films, “Wise Guys” (1986) and the wickedly funny crime comedy “Midnight Run” (1988) starring Robert De Niro. This inert shoot-em-up has Gallo behind the lens and Morgan Freeman utterly bland (something I didn’t think possible) as Damon, a decorated, retired cop tied to a wheelchair with fingers deep into some nasty underground biz – otherwise how else would he be able to afford a spacious, seaside estate? The film’s really a vehicle for newcomer Ruby Rose, hot off her inaugural series stint in “Batwoman,” as Victoria, a retired hitwoman who gets wrangled back in by Damon to do a few last jobs by threatening her kid (another case of single moms being victimized by greedy employers). All Freeman’s Damon ever does after roping in Victoria is peer through her body cam and flatly remark “Get out of there” every now and then, while all Victoria does is smirk and shoot the shit out of droves of generic baddies. The film might have been better twisted into the kind of over-the-top stylized mashup Luc Besson rose to fame on, or at least Nic Cage-style self-deferential camp, but we get it straight up, uninspired and dull. Not yet streaming.

After a home invasion leaves Hutch Mansell (Bob Odenkirk, “Better Call Saul”), a suburban accountant with a nuclear fam (Connie Nielsen, Gage Munroe and Paisley Cadorath), looking like a weak-kneed nebbish, the nonentity of the title mans up and takes on a phalanx of Russian mobsters on a city bus. His adroitness and confidence raises eyebrows: This isn’t just “Falling Down” (1993) angry white male payback, but something more. Like the tang of “A History of Violence” (2005) or Gavin O’Connor’s “The Accountant” (2016), the question floated is whether Hutch has a secret past and super skills. The front end of the film is the more effective; later, when a Russian capo named Yulian (Aleksey Serebryakov) enters the fray, “Nobody” turns into a pat grudge match – though there is the fun inclusion of Christopher Lloyd as Hutch’s shotgun-blasting pop and Wu-Tang clan member RZA as a critical shadow from Hutch’s past. Hutch ain’t no Saul, but he is an entertaining distraction. For rent on Amazon Prime and other services.