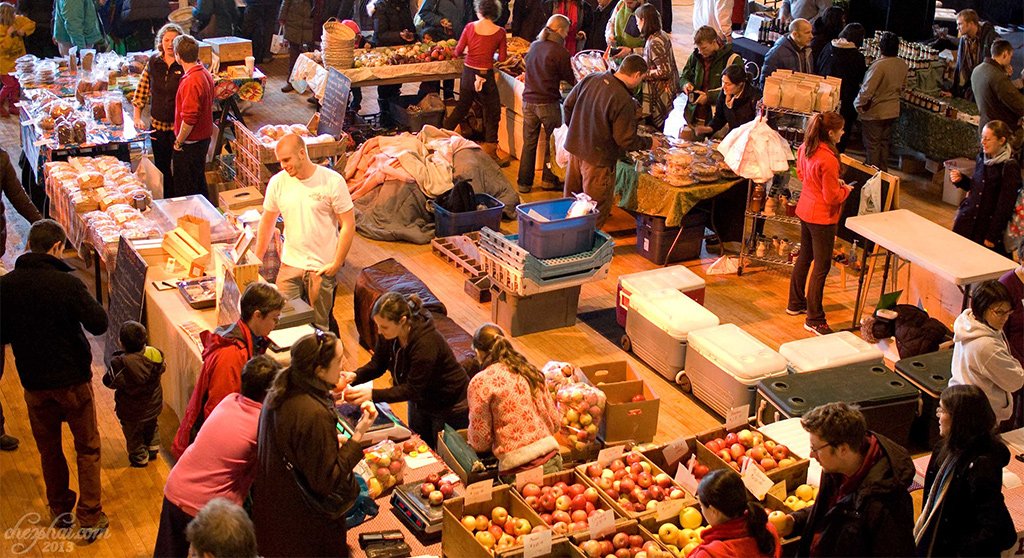 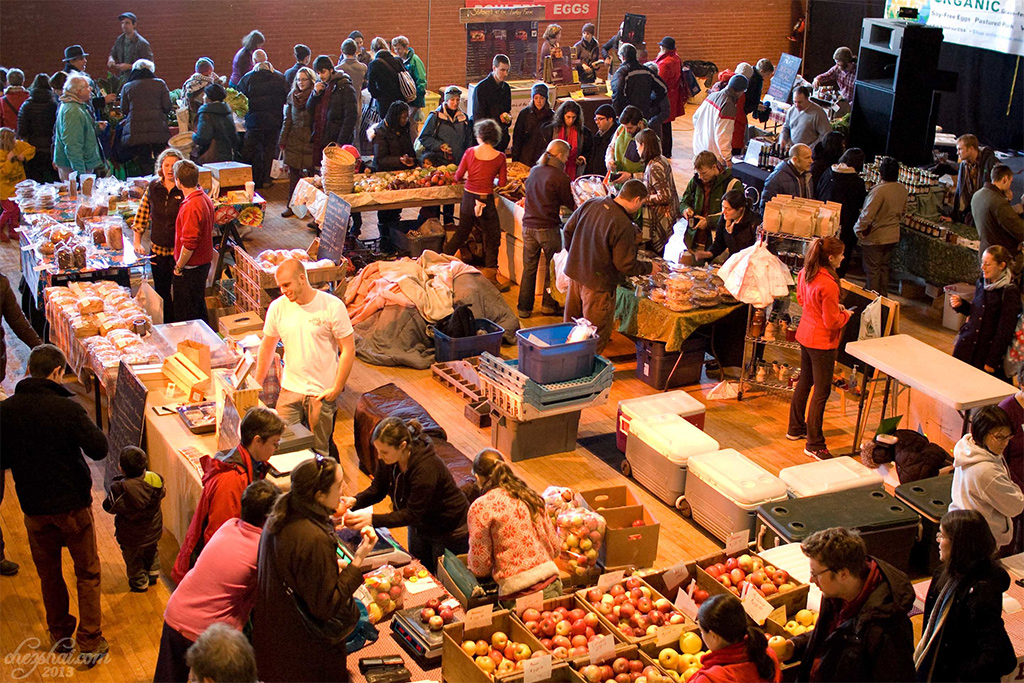 Somerville’s Winter Farmers Market has been a staple of the Armory Building for years. This one was held in January 2013. (Photo: chezshai via Flickr)

Citing the impending loss of a space relied on the arts community and its residents, the City of Somerville is looking at spending $5 million to take its armory away from the Sater family – also owners of The Middle East nightclub complex in Central Square – which has owned the structure since 2004.

Under a special permit issued in 2005, the eccentric Armory Building at 191 Highland Ave. was converted from a drill hall and into spaces leased to artists and arts organizations (most recently, the Out of the Blue gallery that had been at home in Cambridge for 21 years). Its cultural programming is by the nonprofit Center for Arts at the Armory, which also runs a cafe that hosts entertainment when people are allowed to gather indoors; under the center’s leadership the armory regularly hosts farmers markets, Somerville Community Media awards ceremonies, herb conventions and more – functions the city doesn’t want to lose.

But, Somerville official George Proakis said Tuesday, “it’s a model that no matter how you cut it is unsustainable,” and explains why the Saters have failed to complete an expensive soundproofing over the past decade, leaving neighbors irate.

“If you remove the capital cost of the building from the equation” by putting it under city control, “you can build a sustainable operating model,” said Proakis, executive director of community development for Somerville. He spoke to Somerville city councilors at a meeting of their finance committee, promising to bring more information to their next finance meeting in May. 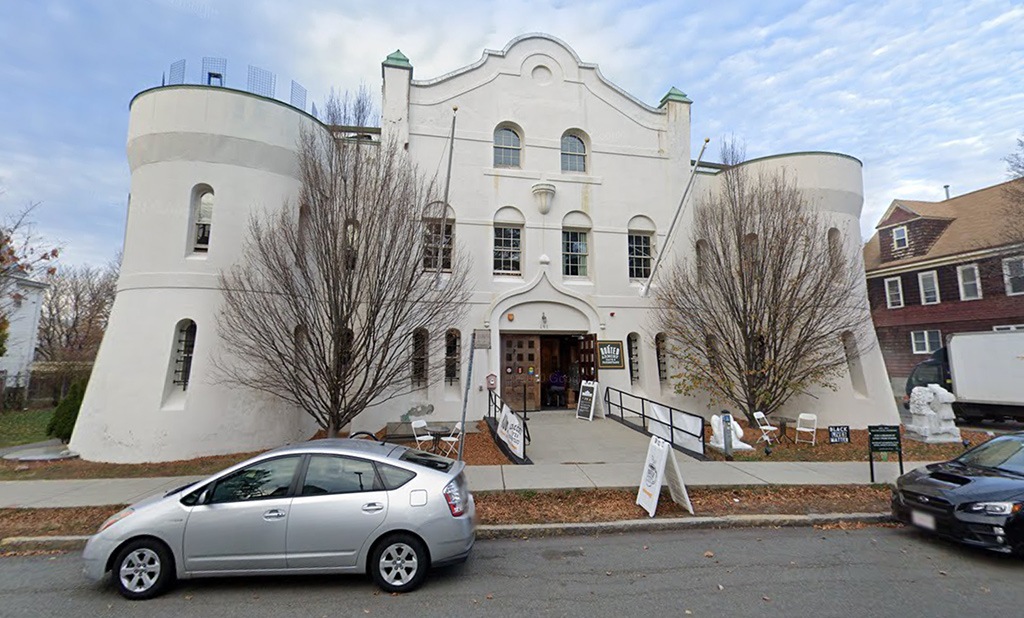 The Armory was bought by the Sater family in 2004 and converted to an arts use under a 2005 special permit. (Image: Google)

Owners spoke of changed use

Somerville has offered to buy the building repeatedly and the Saters have declined, Proakis said, and that includes during a recent conversation at which the owners signaled they were looking at filling the armory’s giant main hall with a tech company or small-scale manufacturer – the site is in a “fabrication district” – which by the city’s understanding would void the Saters’ special permit and make even its cafe illegal. While there’s no current letter pulling the trigger on the plan, “they have told me on a couple of occasions that they’re preparing to send me a letter to abandon the arts use” and enter at least a five-year lease on the hall that would remove the core arts function from the property.

The city considered taking that lease, “but it looked like what we’d actually be accomplishing at that point was sort of subsidizing the operating side while maintaining the unsustainable model, just in a different format,” Proakis said.

A message seeking comment was left Monday with the Saters.

After decades as a universally beloved community linchpin, the family has been reeling in recent years since buying its Central Square property. Painful mortgage payments forced an impossible rent hike for its tenant T.T. the Bear’s Place, which shuttered in 2015 to end a 42-year run. Joseph Sater had to step away from the clubs in August 2018 after allegations of sexual improprieties, which he denied, and some in the arts community have refused to play there ever since. In January 2020, the Central Square complex was listed for sale, though it was taken off the market at some point during the coronavirus pandemic that has keep its stages and kitchens closed for more than a year.

Proakis said the unsustainability of the current armory concept was “not the fault of any particular individual … it just is the fault of an underlying business plan challenge that makes it difficult to do. And that’s pre-Covid.”

But this is a moment in history when Somerville can afford the building and able to build in a subsidizing factor that could make it work as a nonprofit, he said.

With four commercial buildings on the verge of opening and seven lab and office buildings in some stage of permitting, “there is probably not a better time and a better circumstance to make [this] decision,” Proakis told councilors. “These are the days we’ve been working toward over the course of decades of planning work.”