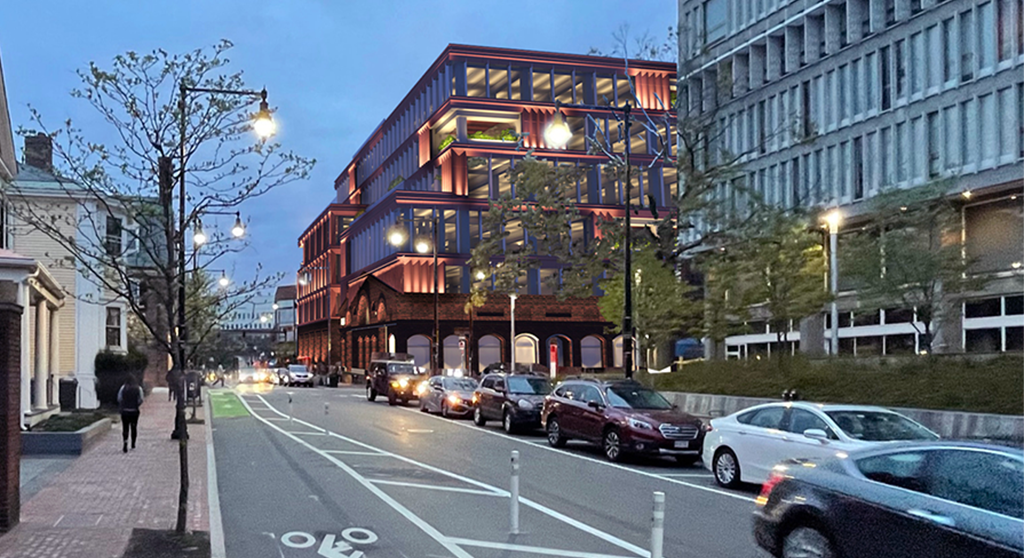 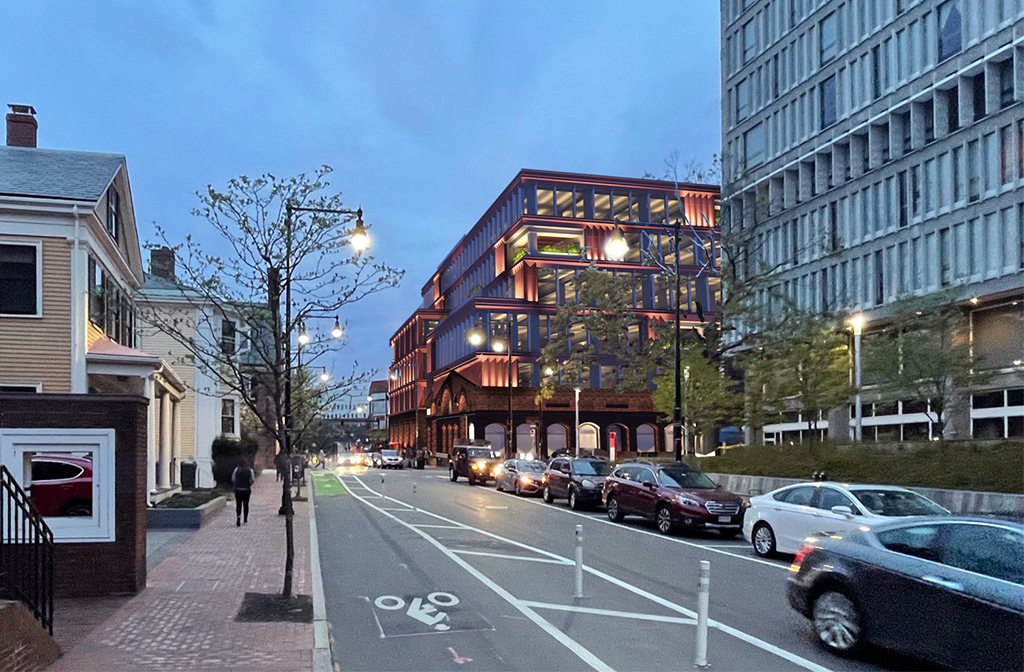 A preliminary rendering of a remade Garage in Harvard Square. (Image: Bruner/Cott Architects)

Economic Development & University Relations Committee, 3 to 5 p.m. Tuesday. This committee run by vice mayor Alanna Mallon will look at the small-business grant and loan programs managed by the Economic Development Division of the Community Development Department throughout the Covid-19 pandemic. Watchable by Zoom video conferencing.

School Committee, 6 p.m. Tuesday. Members want to know the effect of coronavirus-era learning on graduation rates: how many seniors won’t be graduating from Cambridge Rindge and Latin School and the High School Extension Program this June, as well as how many are graduating without post-secondary education plans. Staff would be expected to report June 15. After this regular meeting, members expect to go into a closed-door session to talk about contract negotiations with Victoria Greer, who could start as interim superintendent in July. Televised and watchable by Zoom video conferencing.

City Council special meeting, 11:30 a.m. Wednesday. Councillors hold their second session devoted to review and possible reform of the city’s Plan E charter, the city manager form of government Cambridge adopted in 1940. This meeting is expected to discuss a charter assessment by the council’s advisers on the issue, the Collins Center for Public Management at the University of Massachusetts at Boston. (The Collins Center will present first.) Cambridge’s charter has not been looked at seriously since adoption, making Cambridge “the only city or town in Massachusetts to go 80 years without reviewing its most important legal document,” while most review their charters every five to 10 years, said councillor Patty Nolan, who led the charge for charter review. Nolan said she has been “thinking for many years that we owed it to ourselves to consider whether there was a better way to organize our city government.” This meeting was rescheduled from last week because a notice with agenda items was not posted at least 48 hours in advance, as required by Open Meeting Law. Televised and watchable by Zoom video conferencing.

Planning for a cohesive Alewife neighborhood

Neighborhood & Long Term Planning, Public Facilities, Arts & Celebration Committee, 2 to 4 p.m. Wednesday. This committee run by city councillor Patty Nolan plans to pick up discussion of Alewife planning after the committee’s initial look in October. Alewife was intended to be the first focus of the three-year citywide Envision master planning process meant to lead Cambridge wisely into 2030, but a process that saw its final report issued in November 2019 hasn’t been much grappled with, and the Alewife part of it was in particular dispute. The head of Community Development suggested that the area had turned out exactly as incentivized in 2005, despite a lopsided tilt toward residential development lacking walkable amenities. Televised and watchable by Zoom video conferencing.

Restrictions on police use of tear gas and other tools

Ordinance Committee, 5:30 to 7:30 p.m. Thursday. This committee run by city councillors Dennis Carlone and Marc McGovern discusses a change to city law: adding a section on “Restricting the Use of Chemical Crowd Control Agents and Kinetic Impact Projectiles” – that is, the stuff police forces sometimes use for crowd control because it’s considered nonlethal, such as tear gas and rubber bullets. Televised and watchable by Zoom video conferencing.

Historical Commission, 6 p.m. Thursday. A plan to remake The Garage, a Harvard Square destination for shoppers and diners over the past 40 years, arrives for consideration as a six-story mixed-use building – retail, restaurants and entertainment in the basement and at ground level; offices above – with a gable on Mount Auburn Street rebuilt using historical photos as a guide. Also on the agenda is a proposed Neighborhood Conservation District for the University Park and Bay State neighborhoods, interesting timing considering that the City Council got a citizen petition last week that would change the rules for district creation and management. Watchable by Zoom video conferencing.