‘In the Heights’: Movie with a song in its heart 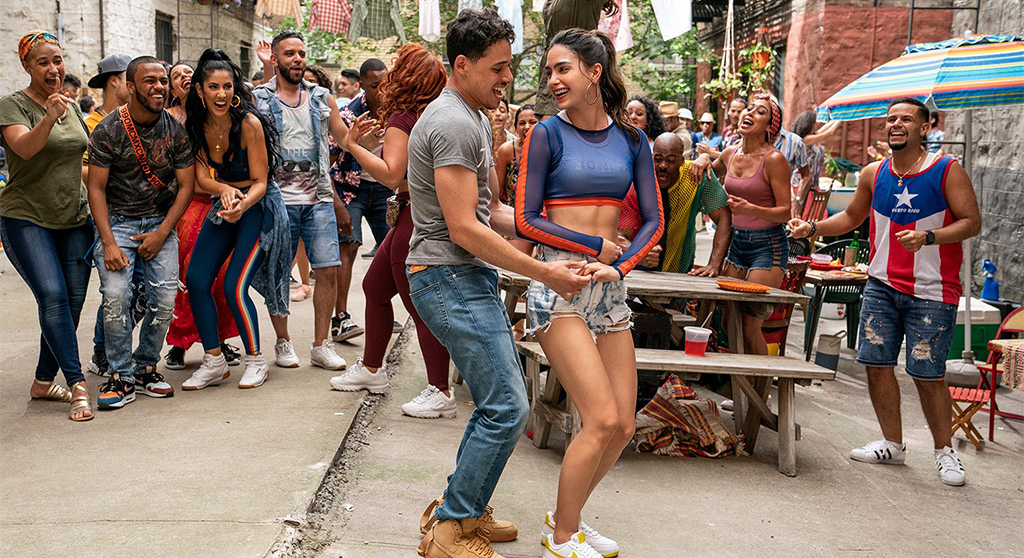 ‘In the Heights’: Movie with a song in its heart

Before there was “Hamilton,” the hottest ticket on Broadway in decades, there was “In the Heights,” the musical by “Hamilton” creator Lin-Manuel Miranda and Quiara Alegría Hudes about a hot summer tear through the streets of Washington Heights, where music and dreams drive the pulse of the multifaceted Latinx community. Here in the hands of “Crazy Rich Asians” (2018) director John M. Chu, that Tony Award-winning play takes on a kinetic yet intimate feel as crowds break into song or have dance-offs or rap-offs.

The script, written by Hudes (the stage musical was based on her book), homes in on two young couples or couples-to-be, or not. Usnavi (Anthony Ramos, “Hamilton” and “A Star Is Born”) runs a bodega called Little Dream and has a crush on regular Vanessa (Melissa Barrera, Showtime’s “Vida”), but is apprehensive about making a move on her, as she’s in the process of quitting her beauty salon job to move uptown and become a fashion designer. Usnavi’s Greek chorus of regulars and friends egg him on or console him in the wake of each romantic misfire. More complicated and germane is Nina (Leslie Grace), back home from Stanford, which her dad (Jimmy Smits), a car service repair shop owner, sacrificed so much to send her to. She doesn’t want to return – to tell why would ruin the story, but the reason ushers in a conversation about race and dreamers – and has a burgeoning relationship with Benny (Corey Hawkins, “Straight Outta Compton” and “BlacKKKlansman”), a radio dispatcher at dad’s shop.

For the most part “In the Heights” is a whirlwind of music, dance and emotional undulations, in which dashed opportunities are always left with a modicum of hope. Chu keeps it all clicking along with the snappiness of a “La La Land” (2016), yet the quiet pauses with Nina and her dad and Usnavi (played on stage by Miranda) and his posse have their own interior pulse and reverberations. Zesty and light, yet deep and meaningful, Miranda’s love letter to an immigrant-based community is heartfelt; and with Chu at the controls and a talented cast whose dancing, acting and singing are pitch-perfect all the way through, “In the Heights” is going to move you.