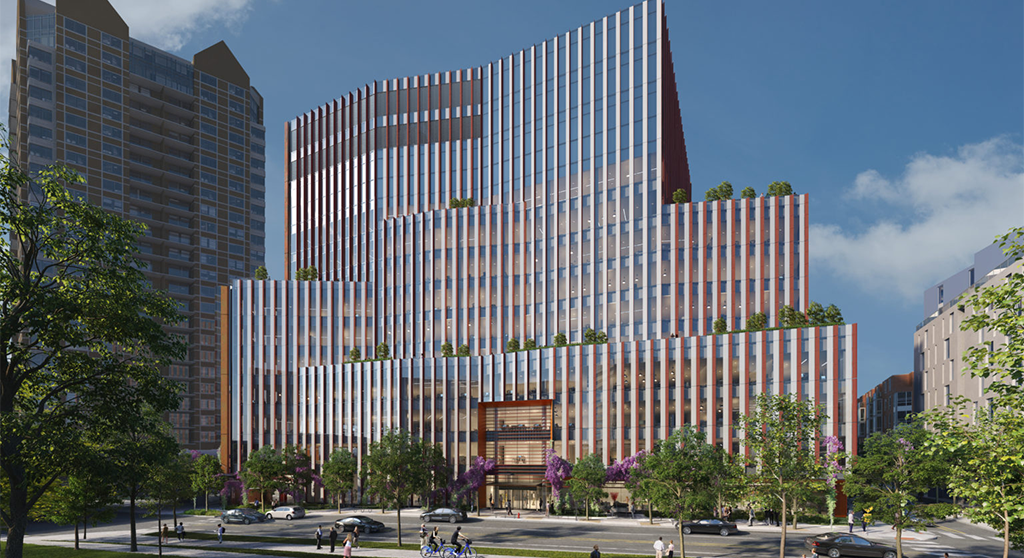 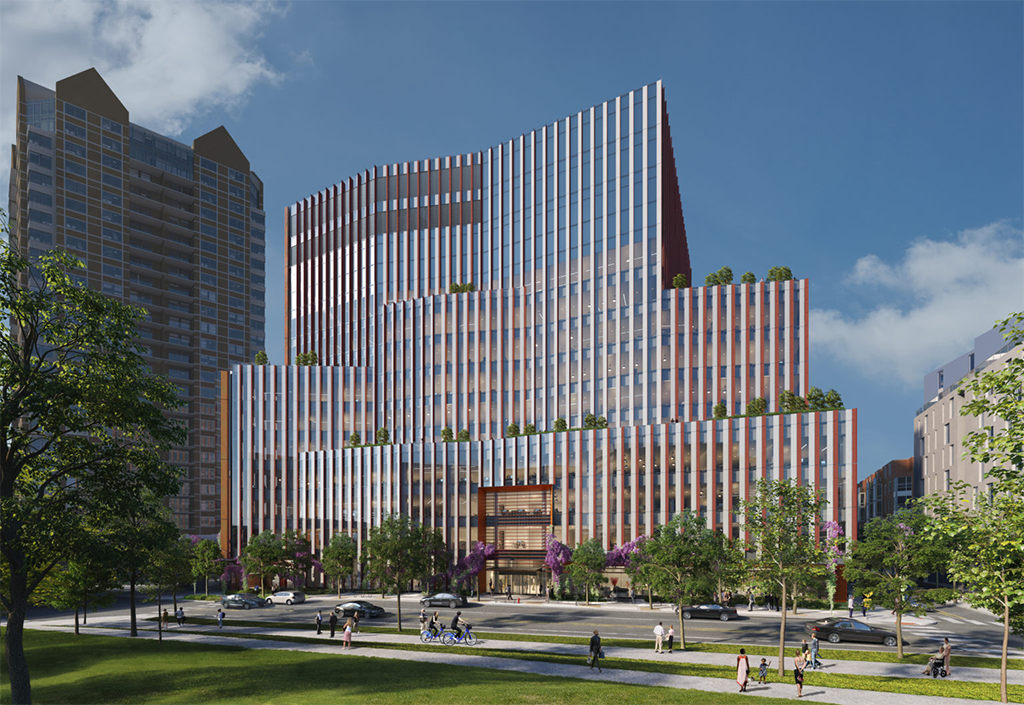 A rendering of the planned 441 Morgan Ave. project in North Point. (Image: DivcoWest)

A construction permit for a $155.2 million, 12-story life-science building at 441 Morgan Ave., North Point, was issued May 18 as part of a larger DivcoWest project known as “Parcel U.” It was reported May 28 by the Bldup platform.

The San Francisco real estate and investment firm bought the 17-parcel North Point for $291 million in 2015. Since then, several large pharmaceutical, therapeutic and research companies have leased buildings in its Cambridge Crossing subsection, including Bristol Myers Squibb, Sanofi, Cerevel Therapeutics and Philips North America. There are 600,000 square feet remaining up for lease, including at the neighboring 121 Morgan Ave.

The design of the Parcel U project is partially tailored to appeal to a younger demographic, DivcoWest said in a digital brochure, with a heavy focus on interactive, eco-friendly development alongside 11 acres of open space with plenty of greenery, benches, picnic tables and walking areas (including 10-foot-wide sidewalks). Design plans submitted in August for the 313,000-square-foot life-science building emphasize construction that incorporates recycled materials, rooftop terraces with vegetation and a rain-catching irrigation system, and access to natural lighting for 75 percent of its interior space.

The project could have up to 1,168 parking spaces but plans three levels of underground parking that will hold just 282 – well below the 30 percent reduction needed to get its expected LEED gold environmental certification. The company said it expects occupants to rely on public transportation such as the Lechmere green line T stop, which is being relocated into North Point from the other side of Monsignor O’Brien Highway. Additionally, around 2 percent of the parking will be reserved for electric cars and charging stations.

The underground parking lot is meant to reduce the so-called heat-island effect, in which asphalt absorbs heat and causes surrounding temperatures to rise. DivcoWest said it hopes the 441 Morgan Ave. building will serve as a model and case study example that proves that urban commercial development does not require sacrificing environmental sustainability.