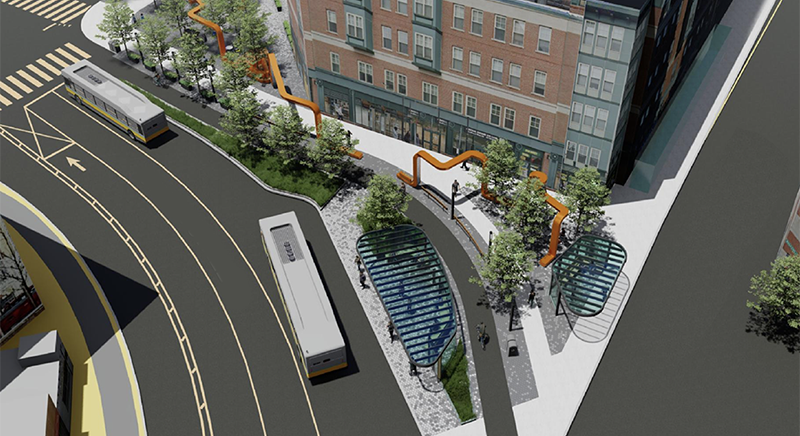 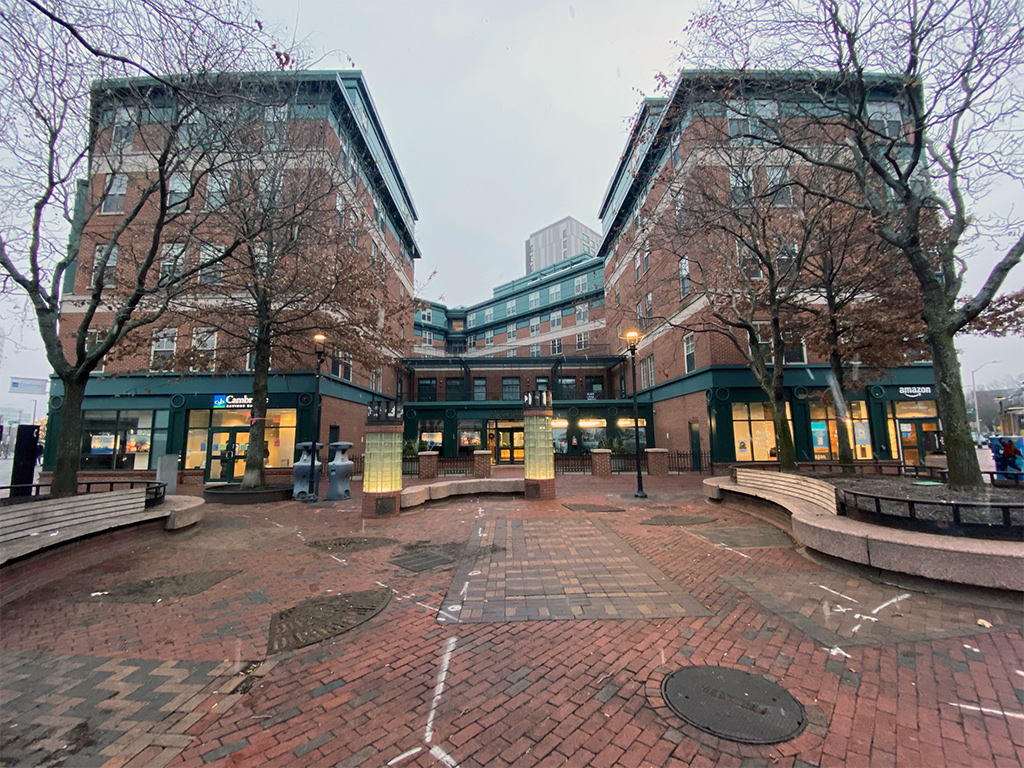 Carl Barron Plaza is being looked at for improvements at the heart of Central Square. (Photo: Marc Levy)

There are sweeping changes proposed for Carl Barron Plaza at the heart of Central Square, including new bus stops, bike lanes, a renovated plaza and sculptural elements.

The proposal, explained in a Community Development Department video released Wednesday, is part of the city’s plan to start work in late 2021 on reconstructing River Street and Central Square, bringing changes for all modes of transportation moving through the area as well as upgrades to sewer and water systems.

Carl Barron Plaza, named after the pioneer in furniture leasing who kept an office in Central Square and was known as its “unofficial mayor,” has long been the target for reconstruction. A report from 2011 suggested the plaza has “several opportunities” for improvement, including a multipurpose space for food vendors or street entertainment.

The design will make it simpler to move through a square that’s notoriously confusing for drivers, cyclists, and pedestrians, where an MBTA kiosk stands isolated between converging traffic lanes. The design outlined by the city replaces the bus island with one larger bus stop, and installs protected bike and pedestrian walkways in an area with more tree plantings and green space. The project would end with 24 trees, three times the existing number, in a city proposal. 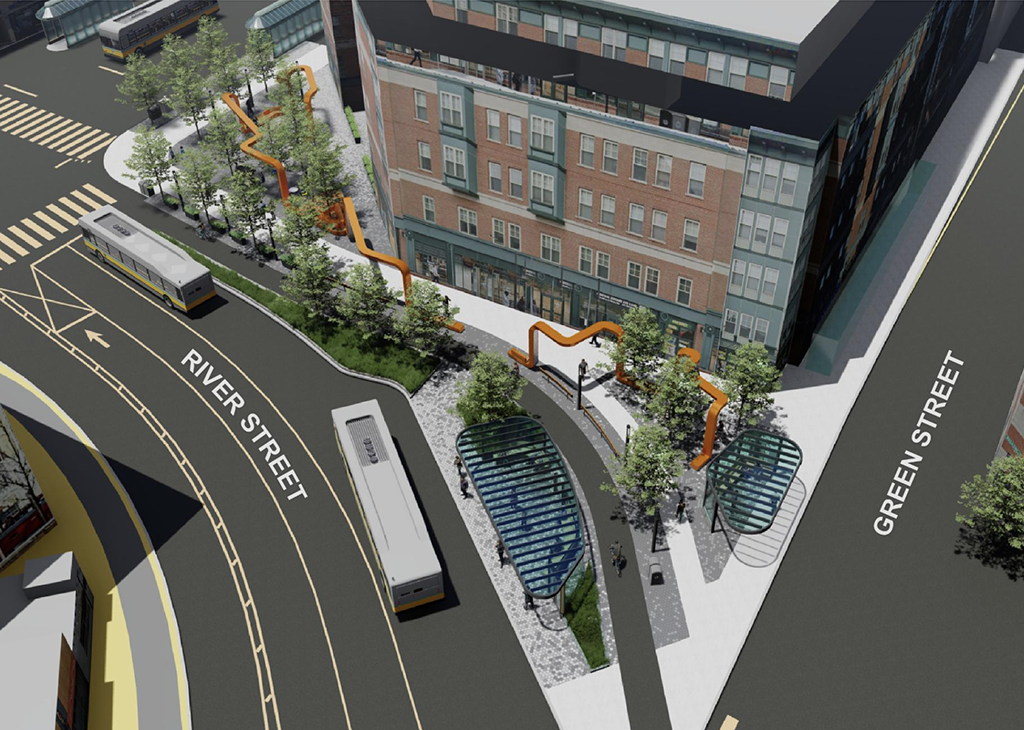 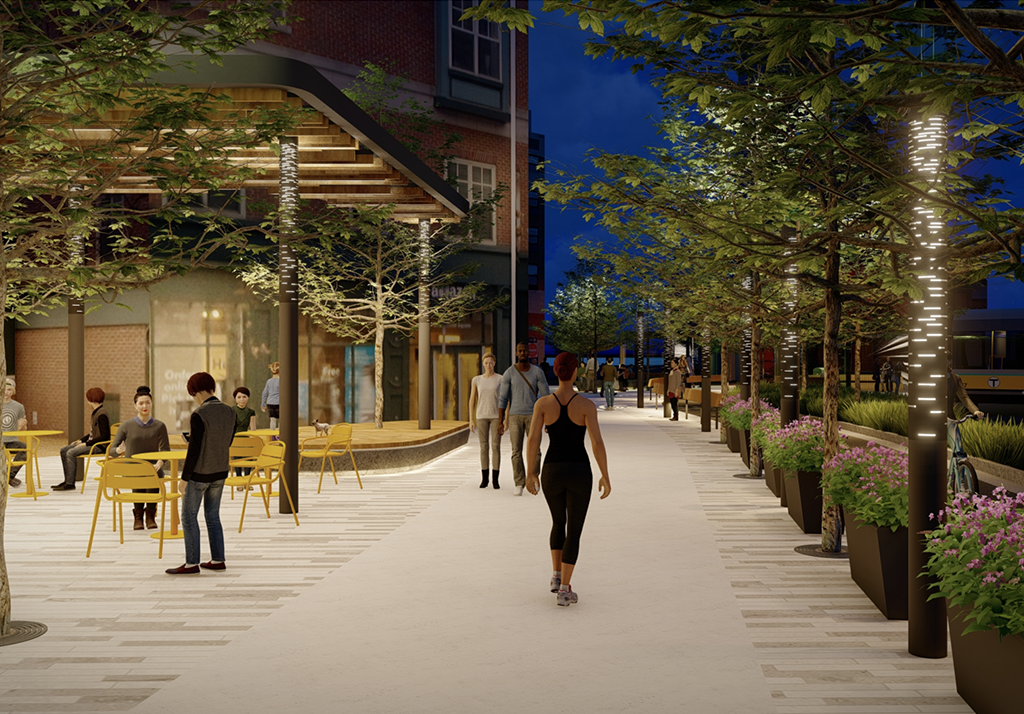 … and a view of its “complementary structures” alternative.

City planners propose two visually different but functionally similar designs: a “structural ribbon” design that includes a large metal art installation that wraps throughout the plaza, rising into the tree canopy in some places and diving down to street level in others to provide seating; and a “complementary structures” design that envisions separate but visually similar installations of bus stop structures, lampposts and a large pergola in the heart of the plaza.

The city plans a public meeting via the Zoom video platform for comment on the designs from 5:30 to 7:30 p.m. Tuesday. Additionally, the city is accepting comments until June 30 for those unable to attend the meeting.