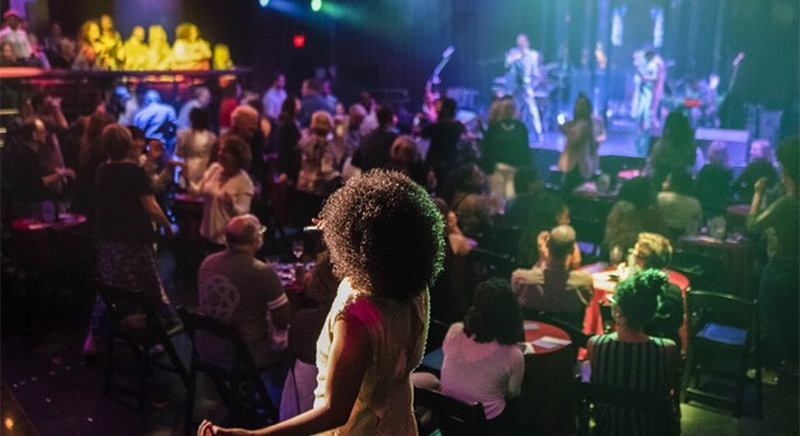 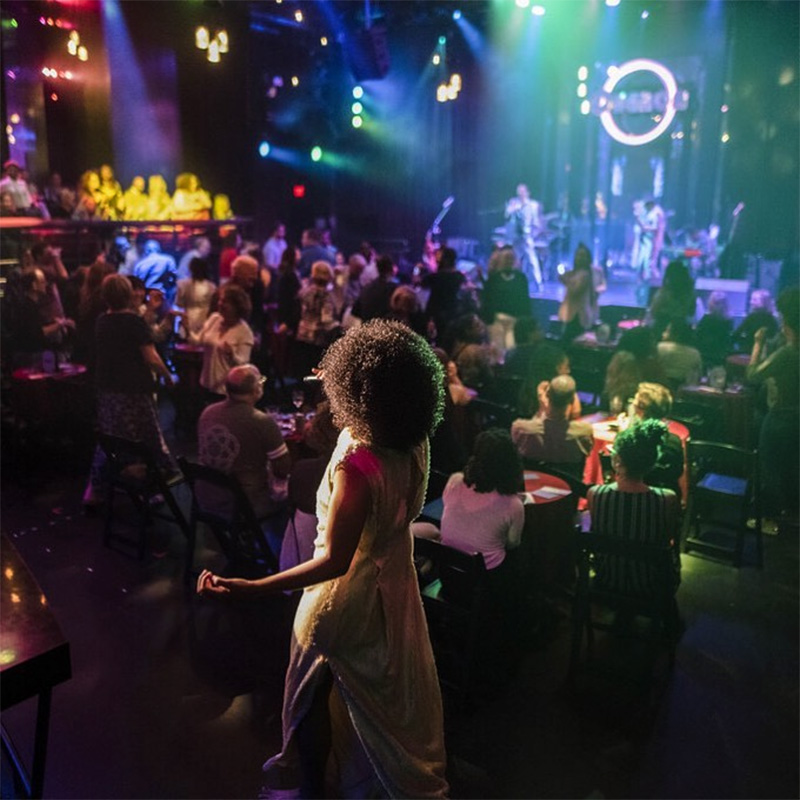 A band performs at Oberon. The Harvard-owned theater closed permanently at the end of 2021. (Photo: American Repertory Theater via Instagram)

Somerville’s famed music club, Once Lounge and Ballroom, is in the running to rent the space formerly occupied by American Repertory Theater’s Oberon. Harvard, which listed the space Oct. 28, is trying to fill the Harvard Square location by April.

According to an art collective that discussed its rejection for the space in a shared email from Jan. 18, Harvard’s leaser has narrowed its decision to a shortlist. Once seems to be on it – but the most proprietrix J.J. Gonson was able to say Friday is that Once hasn’t received a rejection. She does not know where Once, which applied in early January, stands in the application process, she said.

“The Once vibe and the Oberon vibe are very, very similar,” Gonson said. “There’s ballet-centered theaters, there’s opera houses, and there’s rock clubs that cater to rock ’n’ roll. And then there are spaces that are a little more diverse in their programming. And that was always my goal, to be very diverse in my programming, to not always be looking at the same genre. I feel like the people who [went] to Oberon are also people who like a diversity of performance.”

Oberon, before it closed its doors at 2 Arrow St. at the end of 2021 for a move of Harvard theater to Allston, was known for its experimental performances and fringe acts. Originally a black box space that transformed in 2009 into a nightclub, Oberon hosted burlesque, musicals, drag shows and readings for “The Moth.” The space was also home to “The Donkey Show,” a disco interpretation of “A Midsummer Night’s Dream” that ran weekly.

Once closed its Somerville location on Highland Avenue permanently in November 2020, ending a six-year occupancy. It has gone on hosting shows virtually and last summer had a residency at Somerville’s Boynton Yards life-sciences campus for outdoor concerts.

Gonson said that she does not see herself as really leaving Somerville, and will continue to partner with Boynton Yards – but would also like to see Once have a more permanent home. That was seconded by Adam Cissell, a co-owner of Gonson collaborator Dead Moon Audio.

“When [Once] closed, the scene took a hit. It was an independent venue. There’s not many of those, especially of that size,” Cissell said. “They’re doing well floating around, but the ideal situation is to have a real, physical space.” The logistics of bringing in different sound equipment for each show at different venues is impossible to maintain in the long term, said Marc Valois, another co-owner of Dead Moon Audio. Having your own space, staff and consistent sound contributes to “building a community in one space where people know what to expect, and what the vibe is,” Valois said. “It’s really important for Once to have the space.”

Moving Once to Oberon could be a fusion of two creative energies – and a way of rescuing and reviving two iconic spaces. Gonson said that she was excited by the club’s 20-foot ceilings, which makes it a great venue for aerialists, and 300-person capacity. On Highland Avenue she had 18-foot ceilings and room for 411 people.

“I went and looked at a former day care center in a complete state of collapse, with tiny, little rooms. There was no way it would ever work,” Gonson said. “I’ve been to developments, and they want us, but it’ll be years. You can’t just slide a rock club into any room.”

In her proposal for Oberon, she told Graffito that she envisioned a multi-use scenario, “with a ballroom that hosts louder, live things in the evenings, especially toward the weekends, but then also that we do spoken word, theater and burlesque,” Gonson said. “Then there’s a smaller space. It’s currently a classroom or a rehearsal room. I proposed that we use that to do a smaller lounge performance space. For the front room, the entry, we’re talking to a café and a record vendor about doing something, using the space in an all-day kind of way.” Gonson would like to see poke bowls with grains and vegetables, or tacos, served at the venue.

Gonson believes Once has a chance at being offered the space.

“We’re totally an underdog in this, and we’re hitting these walls all over the place,” Gonson said. “We don’t have a corporate backer. We’re kind of the DIY, scrappy little weirdo … I think we’re a very, very strong candidate artistically. We’re one in a pool, and I just hope we’re strong enough.”

The band Walter Sickert & the Army of Broken Toys was the first to perform in Once’s place in Somerville, and it played the venue many times over the years. Edrie Edrie, an accordionist with the band who assisted with applications from several groups hoping to lease Oberon, said the 2 Arrow St. space has “the bare bones” to create unique productions, adding that she sees the potential for it to be “interesting, intimate and community focused.”

A move to Cambridge also might not be the blow to Somerville that some think it could be, Edrie said.

“For me, the loss to Somerville is kind of big, but … the spaces are so close together that for the average audience member who is going to either place, it’s not such a big deal,” said Edrie, a longtime Somerville resident who got priced out. “It’s all a part of that cycle of not being able to find the most affordable place to do art in a place that fostered my own art and my own art career. It’s sad in that way for me – but as a regular audience member, the disconnect is not there.”