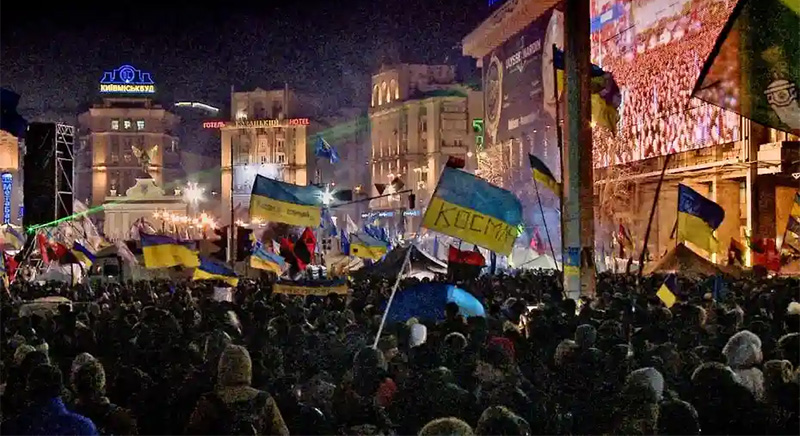 This week at The Brattle delivers a few piquant intersections of a niche cinema. There’s a quartet of collaborative programming efforts as part of the continuing Wicked Queer film festival beginning immediately, with Hannes Þór Halldórsson’s “Cop Secret” about a closeted officer who gets paired with a new partner he takes a romantic interest in as they try to thwart a band of bank robbers (think shades of “48 Hrs.” and “Point Break”). Co-presented by Taste of Iceland and The Boston Underground Film Fest, the screening of the Icelandic actioneer is free (as long as tickets last) with Halldórsson in attendance as well. Also on the Sunday slate is “After Blue,” Bertrand Mandico’s somewhat “Barbarella”-invoking sci-fi adventure taking place on a distant planet in the future where only women can survive and a mother and daughter unwittingly free a mass killer named Kate Bush. The film’s co-presented by BUFF, the French Consulate and Boston Sci-fi Film Festival. Also on Sunday is the short program “Trans: The Pursuit of Happiness,” co-presented by the Massachusetts Transgender Political Coalition and Queer Scouts Boston. Lastly, there’s the area premiere of Adrián Silvestre’s “My Emptiness and I,” co-presented by MTPC.

On Monday The DocYard folds into the Wicked Queer programming with Lebanese-American filmmaker Rita Baghdad’s documentary “Sirens,” about the co-founders and guitarists of the Middle East’s first all-female metal band. Matters of judgment regarding sexuality, music and outward appearance factor large. The film gets a Wicked Queen encore showing Saturday. For the rest of the week, it’s full on Wicked Queer “Gaypril” as detailed last week. Additional highlights include “Pink Narcissus” on Tuesday, throwback screenings of “The Incredibly True Adventures of Two Girls in Love” (1992) on Wednesday and “I’ve Heard the Mermaids Singing” (1987) on Saturday.

This week the “Cinema of Resistance” at the Harvard Film Archive returns with “Maidan,” Sergei Loznitsa’s 2014 documentary about the civic protest in Kyiv’s Maidan Square that helped shaped the Ukraine we know today. The film, playing tonight and Monday, is haunting – and aptly programmed, given the ongoing Russian invasion. On Saturday the HFA hosts “Films By Kids,” a series of shorts made by students in the Yvonne Andersen and the Yellow Ball Workshop.

The twofer Tuesday “Face/Off” series with John Travolta and Nicolas Cage continues at the Somerville Theatre with some classic neo-noir action: Travolta plays cool hitman Vincent Vega opposite Samuel L. Jackson’s Jules in arguably the best nonlinear, retro-hip crime drama ever made, “Pulp Fiction” (1994), which pretty much revived the careers of Travolta and Bruce Willis (his recent aphasia diagnosis sad and tough to take) and made Quentin Tarantino a household name. On the Cage side of the house it’s “Red Rock West” (1993) from John Dahl (his follow-up was the very steamy “The Last Seduction”), in which Nic plays a drifter mistaken for a hitman in small-town America. Dennis Hopper and Lara Flynn Boyle costar.

Also showing this week are big-screen classics, starting Thursday with Wim Wenders’ emotionally provocative portrait of loneliness and longing, “Wings of Desire” (1987). Michael Cimino’s revisionist portrait of Vietnam-era Americana, “The Deer Hunter” (1978), is Friday. It’s Bogie sans Bacall (but with Ingrid Bergman as his onscreen amour) in the World War II romance “Casablanca” (1942) on Saturday. The last two films will be 35 mm prints.

The Landmark Kendall Square Cinema has begun showing retrospective works. On Tuesday it’s Bob Fosse’s “Cabaret” (1972), winner of eight Academy Awards, about the 1931 Kit Kat Club in Berlin just as Hitler and the Nazi party gear up to take control of Germany. The film stars Liza Minnelli (Best Actress winner, and so vulnerably lovable at this year’s Oscars – even more so after that slap) as the club’s commanding young star and Joel Grey (Best Supporting Actor winner) as the puckish emcee.

Rick Pamplin, whose film credits include the direct-to-video “Provoked” (1989) and the 2000 biopic “Hoover” starring Academy Award-winning actor Ernest Borgnine, gives a unique if micro-focused and deeply biased look inside the filmmaking biz. The documentary never leaves sunny Florida, where Pamplin, producer/B-movie bit actor Scott duPont (“Savage Dog,” “Love Addict”) and Louise Levison, a project plan consultant and force behind “The Blair Witch Project” (1999) phenomenon, tour schools and filmmaking events advising rapt audiences about how to get money to make a film. Pamplin and duPont push the art of the deal and the notion of finding that “one investor” to green light a project (and several of them, Florida real estate moguls, happily chime in about the royalties they take from small indie and B-tier projects). Levison is more pragmatic and measured in her advice. The film feels like a calling card promotion from Pamplin, who has some axes to grind with the industry, and from duPont, whose directorial credits include “Acting 101” and “The ABCs of Acting.” That said, it’s strangely alluring in an infomercial kind of way. We get a frail Burt Reynolds just before his death in 2018, touchingly generous and genuine as he talks about his time in the biz, as well as Salma Hayek via Zoom (or a remote shoot), animated and charismatic as she discusses her role as an executive producer of the 2014 animated film, “Kahlil Gibran’s The Prophet.” On Amazon Prime.

Thandiwe Newton and Chris Pine star as CIA operatives in this steamy spy thriller that gets by on the chemistry of leads and a very capable supporting cast. We catch up with Pine’s Henry and Newton’s Celia at a posh eatery by the sea in Carmel, California. He’s still in, she’s out, though their conversation keeps circling back to their time as lovers and on a case they worked together nearly a decade ago in Vienna involving the hijacking of an airliner. Turns out Henry has found a mole related to the incident and is trying to ferret it out. From there the film hops around in time and locale (London and Vienna), informing the present via the past as Henry drops in on former colleagues and possible suspects, including those played by Jonathan Pryce and Laurence Fishburne. As directed by Janus Metz (“Borg vs. McEnroe”) from a script by Olen Steinhauer adapting his novel, in concept “Knives” is an espionage chess game in the vein of “Tinker Tailor Soldier Spy” (2011). It doesn’t have John le Carré’s sharp, deft edge, though; it’s a lesser spy drama with good-looking performers who hold the cards close to their chests. At Landmark Kendall Square Cinema, 355 Binney St., Kendall Square.

Kenneth Branagh (“Henry V,” “Belfast”) remakes the classic Agatha Christie murder mystery set on the banks of the river Nile with an impressive cast: Gal Gadot (“Wonder Woman”), Armie Hammer (“Call Me by Your Name”), Annette Bening and Russell Brand and himself as Christie’s tireless super sleuth, Hercule Poirot, for the second time – he starred in and directed 2017’s “Murder on the Orient Express.” The whole slow burn revolves around a love triangle between Gadot’s heiress, Hammer’s charmer and Emma Mackey’s jilted lover. The cinematic shots of the Nile and pyramids are fantastic, and the romantic tensions are well done, but once the first body falls, the film ebbs instead of cresting. The performances are rich and likable, but then again, the bar was set high by the 1978 John Guillermin take starring an A-list of A-listers: Peter Ustinov, Mia Farrow, Jon Finch, Bette Davis, Jack Warden, Olivia Hussey, George Kennedy, Maggie Smith, David Niven and Angela Lansbury. On HBO Max.