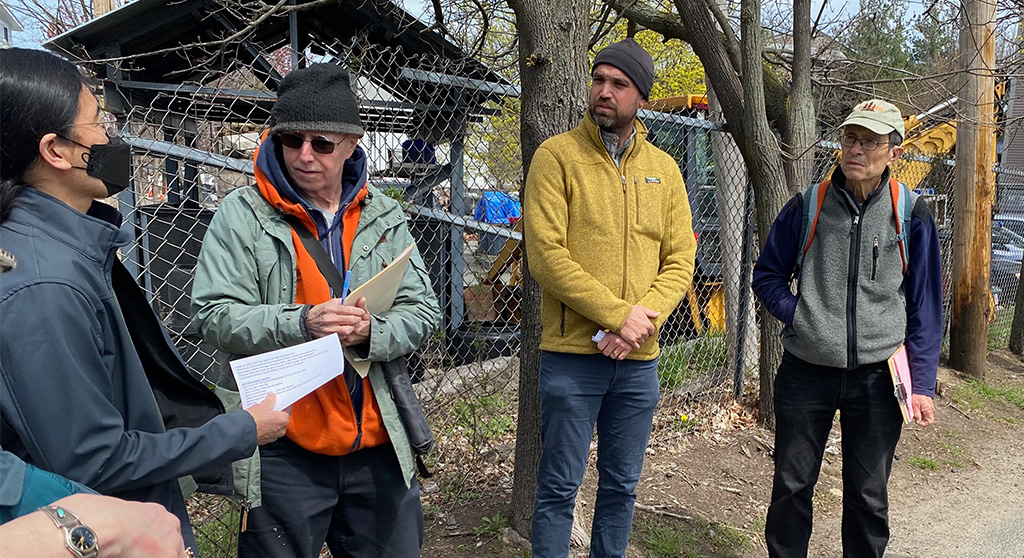 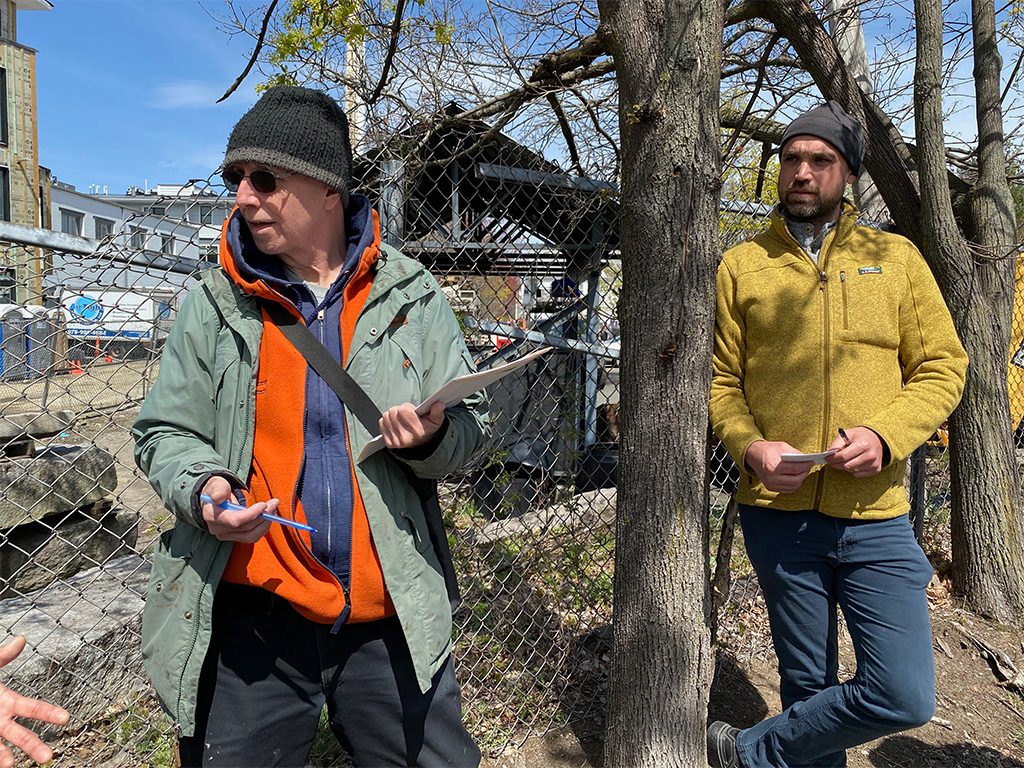 Residents were shocked to discover four years ago that 11 percent of Cambridge’s tree canopy had been lost in the four years before that. The report due this year to track what’s happened since 2018 is delayed.

The city realized recently that it didn’t have to wait to do flyovers every few years by paying a contractor but could take advantage of annual flyovers done by the Department of Homeland Security, said Andrew Putnam, the city’s superintendent of urban forestry and landscapes. Unfortunately, those lidar scans – a remote sensing method similar to radar that uses pulsed laser to measure ranges – must be analyzed, and that’s where the delay comes in.

Trees will become vital as the worst effects of climate change arrive because they scrub poisons from the air, cool neighborhoods on multiplying extreme heat days and absorb floodwaters. “Trees are too valuable for all of us and too important to our survival, health and safety, to continue destroying our canopy at this pace,” city councillor Quinton Zondervan said when the 2018 report was released.

During an April 21 walk in North Cambridge with several residents asking about various issues related to tree loss, Putnam revealed that the work of the University of Vermont Spatial Analysis Lab was stalled for unknown reasons.

The most recent flyover was done in the fall, and usually UVM takes only a couple of months to give a report back. “We expected it in the winter,” Putnam said. “We can’t get an answer why” the analysis hasn’t come.

While Putnam suspected the lab lacked enough grad students to process the data, a call to its offices May 9 found another possible problem mentioned on the outgoing voice mail message of director Jarlath O’Neil-Dunne: “substantial water damage our facility recently experienced from a burst pipe,” which he said would delay a response. O’Neil-Dunne hadn’t replied some 10 days later to a message left asking for more information.

Putnam learned this week that the lab has provided an estimate for its analysis to arrive: in mid- to late June.

“We’re excited because the flyover was conducted during leaf-on, which should do a better job of picking up smaller trees and give a better representation of the canopy cover,” Putnam said Thursday.

The tree canopy loss report in September 2018, presented in a document of the Cambridge Urban Forest Master Plan task force, was even more alarming than a four-year span suggested. On top of more recent tree loss, the findings showed that between 2009 and 2014 the city lost an additional 8 percent of its tree canopy – making for a total 18 percent of tree canopy gone in less than a decade.

“Today, Cambridge has 25.3 percent of its land area covered by canopy. Cambridge has had an average net loss of 31 acres of canopy cover every year,” the study summed up in 2018. “At this rate, canopy cover will be 16.2 percent in 2030.”

Green Cambridge executive director Steven Nutter said Thursday that he couldn’t comment on data he hasn’t seen, but he expected the flyover from the fall to show that the tree canopy continues to decrease.

The 2018 report “was a wake-up call for us, but oftentimes – especially when we’re trying to move very large ships like how trees are planted in Cambridge – there can be a bit of a delay after the wake-up call,” Nutter said. “Decline is going to continue for a while until we get our institutional systems in place.”

With Putnam’s work, more staff at the Department of Public Works focused on trees and an Urban Forest Master Plan adopted, “eventually we’ll get to a better place,” Nutter said. “But I would suspect that this flyover would be consistent with previous flyovers.”