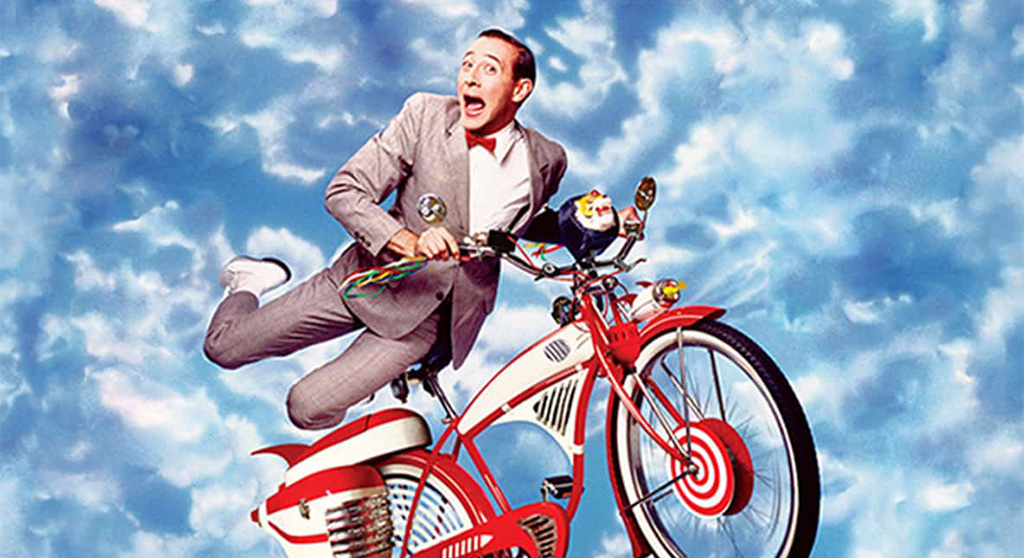 Character actor Joe Turkel, who crushed it as the stoic barkeep at the Overlook Hotel in Stanley Kubrick’s eerie cult obsession “The Shining” (1980) and Dr. Eldon Tyrell in “Blade Runner” (1982), died last week at the age of 94. Turkel gave those two incredible performances at the tail end of a career of more than 100 credits. He had bit parts in many of Kubrick’s other films (“The Killing,” “Paths of Glory) and several classics (“The Sand Pebbles,” “The Asphalt Jungle”) and TV series (“Convoy,” “The Land of the Giants”).

Independence Day is upon us, and with the hearings on the January 6 insurrection attempt going on and the flip of Roe v. Wade, I can’t say I am feeling that patriotic. That said, it is a milestone that another American Independence Day – Juneteenth – has come to be formally recognized. Taking that into account for suggested Fourth of July viewing, I’m going with Edward Zwick’s sweeping Civil War epic “Glory” (1989) about the 54th Regiment, an all-black battalion from Massachusetts (celebrated by a newly restored memorial on Boston Common) that saw action along the Carolina coast. The film won Academy Awards for sound, the camerawork of Freddie Frances (“The Elephant Man,” “Cape Fear”) and supporting actor Denzel Washington. The impressive ensemble includes Matthew Broderick, Cary Elwes (“The Princess Bride”), the eternally affable Morgan Freeman and Andre Braugher (TV’s “Homicide: Life on the Street”). While not about the American Revolution-era moment of independence underpinning the Fourth, it speaks to the liberation of one American people and the reunification of the country – even if we are still chasing the notion that all humans are created equal.

In line with the above, keep “Neptune Frost” on your radar. Ally Johnson gave it four stars during its recent run at The Brattle. The musical (not yet available for streaming) about an intersex hacker takes place in the future, but there really was a Neptune Frost who lived in Cambridge as an enslaved person who gained his freedom and fought in the American revolution – see how that works out. Frost is allegedly buried in Old Burial Grounds abutting the First Parish Church.

The Brattle’s cheeky, smart, inward-looking “Lost in America” program clicks into high gear this week with an array of road trips and adventures gone astray. Tim Burton’s “Pee-wee’s Big Adventure” (1985, Monday) was a big-screen preview of the gonzo Paul Reubens Saturday morning kids’ show (“Pee-wee’s Playhouse”), a deft gamble that brought the puckish, bow tie-adorned man-boy (yes, we all know about that theater in Florida) to adult audiences with this quest for a cherished red bike. It features one of the – if not the – greatest bar-top dance numbers, to The Champs’ “Tequila.” Other wayward road trips include the pairing of Robert De Niro and Charles Grodin in Martin Brest’s crime comedy “Midnight Run” (1988, Tuesday), Rutger Hauer as a holy terror prowling the highways in “The Hitcher” (1986, Friday), Daniel Kaluuya and Jodie Turner-Smith as lovers on the run in Melina Matsoukas’ critically hailed debut (after mostly making music videos) “Queen & Slim” (2019, Thursday). One neat dial-up is Jonathan Wacks’ “Powwow Highway” (1988), which finds two Northern Cheyenne men reconnecting with their spiritual heritage. It plays Saturday along with Kathryn Bigelow’s vampire road movie “Near Dark” (1987), which has a soundtrack from the divine Tangerine Dream, and Andrea Arnold’s fleecing army of teen grifters in “American Honey” (2016) featuring a knockout turn from Riley Keough (“Zola”) as ringleader. Also on the docket are Albert Brooks’ satirical take on white-collar malaise, with an unemployed yuppie couple (Brooks, Julie Hagerty) seeking redemption in the film that shares the series’ name, “Lost in America” (1985, Friday). Classics “The Wizard of Oz” (1935) and Hitchcock’s “North by Northwest” (1959) screen Sunday.

The “Complete Federico Fellini” program at the Harvard Film Archive nears its midpoint with shorts (and first forays into color) “Toby Dammit” (1968), starring Salvo Randone and Terence Stamp and loosely based on Edgar Allen Poe’s “Never Bet the Devil Your Head,” and “The Temptation of Dr. Antonio” (1962) starring Anita Ekberg talking suggestively about the virtues of milk. Both were part of larger projects: “Toby Dammit” in a Poe-inspired omnibus project “Spirits of the Dead” with segments helmed by Louis Malle and Roger Vadim, and “Temptation” in the comic anthology “Boccaccio ’70,” based on tales from “The Decameron” with contributions from De Sica and Visconti. They play Friday. On the slate Saturday is “Juliet of the Spirits” (1965), starring Fellini’s wife, Giulietta Masina, as a woman trying to leave her cheating husband; and “Il bidone” (1955), a comedy about a trio of con artists who get tangled up by another swindler, which plays Sunday.

Big-screen fun continues over at the Somerville Theatre with two summer camp comedies playing Tuesday and Wednesday: Bill Murray is a jokey counselor in “Meatballs” (1979), and a failed Broadway composer goes off to teach wannabe performers at a lakeside enclave in “Camp” (2003). There’s also two classics starring Elizabeth Taylor, first as a boozy professor’s wife in Mike Nichols’ “Who’s Afraid of Virginia Woolf?” (1966, Sunday and July 11) with Richard Burton; and “Giant” (1956, Friday through Sunday), one of four films James Dean made before he perished too young. “Virginia Woolf” plays as part of a double bill with Norman Jewison’s “The Thomas Crown Affair” (1968) starring the king of cool, Steve McQueen, as the titular upper-class bank robber who cases joints in the Back Bay and Beacon Hill. A commanding Faye Dunaway costars as the insurance investigator on the case; the film is one of the very best onscreen renderings of Boston along with “The Friends of Eddie Coyle” (1973) – apologies to “Mystic River” (2003) and “The Departed” (2006). There’s also a screening of “Rain Man” (1988, Thursday) with a young Tom Cruise opposite an Oscar-winning Dustin Hoffman (the film also won Best Picture) and a midnight screening of David Cronenberg’s gloriously grim vampire flick of sorts, “Rabid” (1977, Saturday) starring one-time porn starlet Marilyn Chambers.

Road movies seem to be a hot July play, namely “Pee-wee’s Big Adventure” – it also plays the Landmark Kendall Square Theater on Tuesday as part of the first-run theater chain’s ongoing foray into repertory programming, “Retro Reply Film Classics.” The film is part of the #RoadLife series (akin to the Brattle’s “Lost in America” offering), which features film on the theme each Tuesday. In August the theater celebrates Alfred Hitchcock with five of the director’s classics.

Netflix has been encountering some rough waters; fortunately, this flashy, fun animated fish tale wasn’t thrown overboard. In this fantasy world from director Chris Williams, who co-helmed the amiable Disney hit “Big Hero 6” (2014), monsters roam the sea and fearful oceanside villagers send out their warriors to harpoon, subdue and slay the leviathans. One such ship captained by Jacob, a maniacal Ahab-esque sort (Karl Urban, Billy Butcher in “The Boys”), sets out to wrangle a big red fish (sea dragon is more apt) that’s been lurking in nearby waters. In the mix is young stowaway Maisie (Zaris-Angel Hator), obsessed with sea monsters and those who defeat them since her parents were killed as part of one crew. Through clash and happenstance, Jacob and Maisie land on the island where the beasts nest; what happens from there veers into “How to Train Your Dragon” (2010) territory and the breaking of barriers between rival factions who have warred for years because they do not understand each other. The crisp animation and positive aura that shines from Maisie carry the film to its crest, whereas references to “Jaws” (1975), “Alien” (1979) and other cinema classics feel unnecessary and weaken the natural charm that Maisie and Big Red forge. On Netflix.

A twee and très adorable flick dealing with loss and family values charms as it breaks ground. It’s a different kind of animated adventure, to be sure, impressively done via stop-motion. The brainchild of Dean Fleischer-Camp and comedian-actor Jenny Slate (formerly married to Fleischer-Camp) gets to go full-feature here after a series of hit shorts about the anthropomorphic Marcel, a 1-inch mollusk with tennis shoes and a big, goggly eye. The mockumentary has Dean, a documentary filmmaker, moving into an Airbnb where he meets Marcel (voiced by Slate with gravely childish wonderment) and her nana, Connie (Isabella Rossellini). The couple who own the house have split, and in the breakup rush, all of Marcel and Connie’s friends and extended family get packed up by accident and taken away. Dean decides to train his lens on Marcel and a search for his missing family, which turns the minute creature into an Internet sensation. The cutesy stuff has Marcel sleeping in a “breadroom,” between two slices of white bread, and then there’s Connie’s obsession with “60 Minutes” and Lesley Stahl – and you know the venerable news reporter’s gonna pop up. It’s a sweet (perhaps too sweet), good-natured emotional odyssey that impresses on the animation side, which took Camp seven years to complete. At Landmark Kendall Square Cinema, 355 Binney St., Kendall Square.

Another “Minions” prequel that illuminates how the villain Gru (Steve Carell) came to be. It’s 1970s San Fran and the 11-year-old Gru, asked what he wants to be when he grows up, says “a supervillain.” (Others say “teacher,” “doctor” and “president.”) To much mocking laughter, Gru sets out to join the Vicious 6, a posse of supervillains rocking the area. Gru’s idol and Vicious 6 leader Wild Knuckles (Alan Arkin) is the recent subject of an ousting; through circumstance and double dealing involving a green amulet that harnesses the limitless power of the Chinese zodiac – a mumbo-jumbo MacGuffin – little Gru and Knuckles team up to take on the Vicious 5. Gru’s loyal minions, Stu, Bob and Kevin factor adorably into the chaos, and there are KC and the Sunshine Band tunes and Minion-ized renditions of Simon and Garfunkel and Stones classics. Russell Brand has a sly turn voicing the young Nefario, and there’s diverse casting in Dolph Lundgren, Michelle Yeoh, Jean-Claude Van Damme, RZA, Danny Trejo, Julie Andrews and Taraji P. Henson in supporting roles. It all makes for a lean and spritely if ephemeral “Minions.” fix. At Apple Cinemas Cambridge, 168 Alewife Brook Parkway, Cambridge Highlands near Alewife and Fresh Pond and AMC Assembly Row 12, 395 Artisan Way, Assembly Square, Somerville.

In ye olden kingdom, the princess of the realm (Joey King, “The Kissing Booth”) wakes up one day imprisoned in her own castle. She gathers her wits and uses some kung fu moves to kick one of her captors out the tower window, then bashes in another’s head. “The Princess” is a bloody weird ride. Turns out the royal house has been shut down by the man she’s supposed to marry, Julius (Dominic Cooper), whose hand she has rejected. The rest of the film has the young royal running through the castle fighting Chippendale-sculpted minotaurs, a moose in gold-plated armor and an endless array of ratty, sneering sword-fighters with bad intent. If Julius’ plan is to force The Princess to marry him, one has to wonder why his minions are out for blood. King seems a little light for the role, though she’s clearly game; Veronica Ngo adds a sisterly touch as The Princess’ mentor in combat who joins the liberation rush, and Olga Kurylenko makes for an alluring bit of nastiness as Julius’ whip-welding sister in S&M garb. On Hulu.