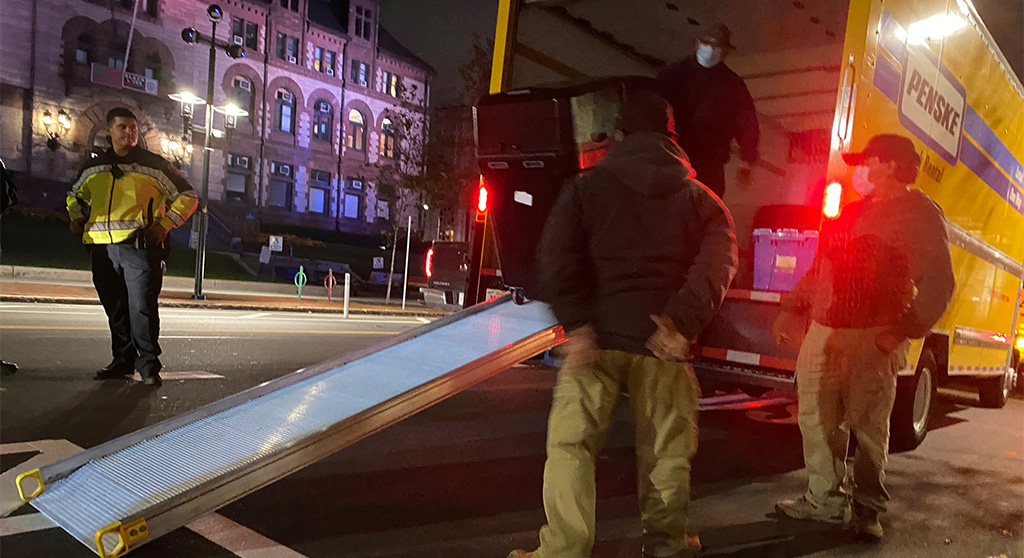 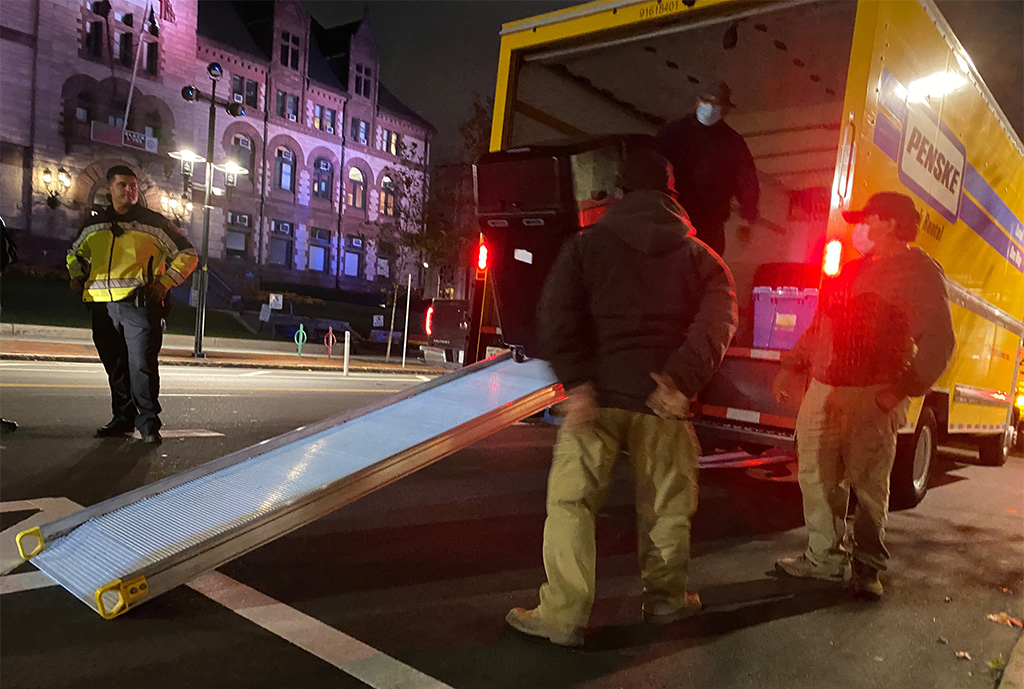 Ballots arrive for counting at the Citywide Senior Center in November 2021. A primary election is Tuesday. (Photo: Marc Levy)

Election Commission, 9:30 p.m. Tuesday and 3 p.m. Wednesday. Democrats and Republicans vote Tuesday from 7 a.m. to 8 p.m. to select their general-election candidates for governor and lieutenant governor; attorney general; secretary of state; treasurer; auditor; U.S. representative; and other roles, depending on district. The commissioners will work through election results at the Citywide Senior Center, 806 Massachusetts Ave., Central Square, starting an hour and a half after polls close. The next day brings a review of provisional ballots in the second-floor conference room of 51 Inman St., Mid-Cambridge.

Ordinance Committee, 3 p.m. Wednesday. This committee run by city councillors Marc McGovern and Quinton Zondervan look again at a potential jump in real estate “linkage” fees to $33.34 a square foot from the current $20.10 – money that must be paid by developers of big, nonresidential construction to fund affordable housing. Councillors have asked the City Manager’s Office for a breakdown of the $44 million received since 2019 via the current incentive zoning program by project size and to address how to start charging developers by tiers and with marginal rates that would encourage some smaller construction projects.

Historical Commission, 6 p.m. Thursday. Commissioners consider safety improvements to Brattle Street between Mason and Mount Auburn streets, including two-way bike lanes separated from car traffic with flex posts and low concrete barriers; a looped, 11-minute video art installation for Christ Church Cambridge, Zero Garden St., Harvard Square, called “Here Lies Darby Vassall” that would run from Oct. 12 to Nov. 6; and the case of 12 Lakeview Ave., West Cambridge, a 10,751-square-foot single-family home built in 1846 for which owners were given permission to renovate and, in the eyes of Inspectional Services, went too far. Now the owners must seek “retroactive application to demolish house.” There’s also a request to postpone a hearing on demolishing the Middle East nightclub and restaurant complex in Central Square and replace it with a hotel and entertainment venue. Watchable by Zoom video conferencing.