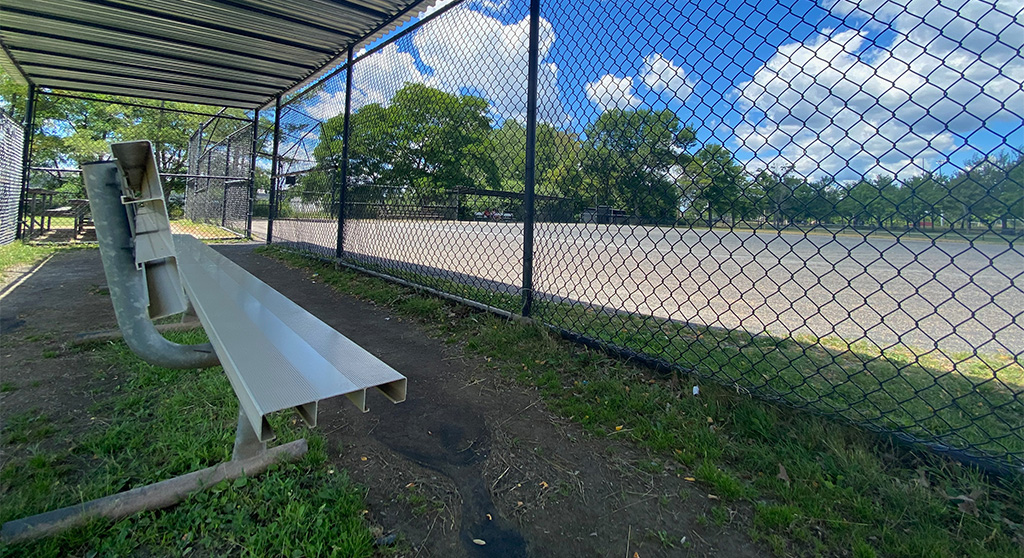 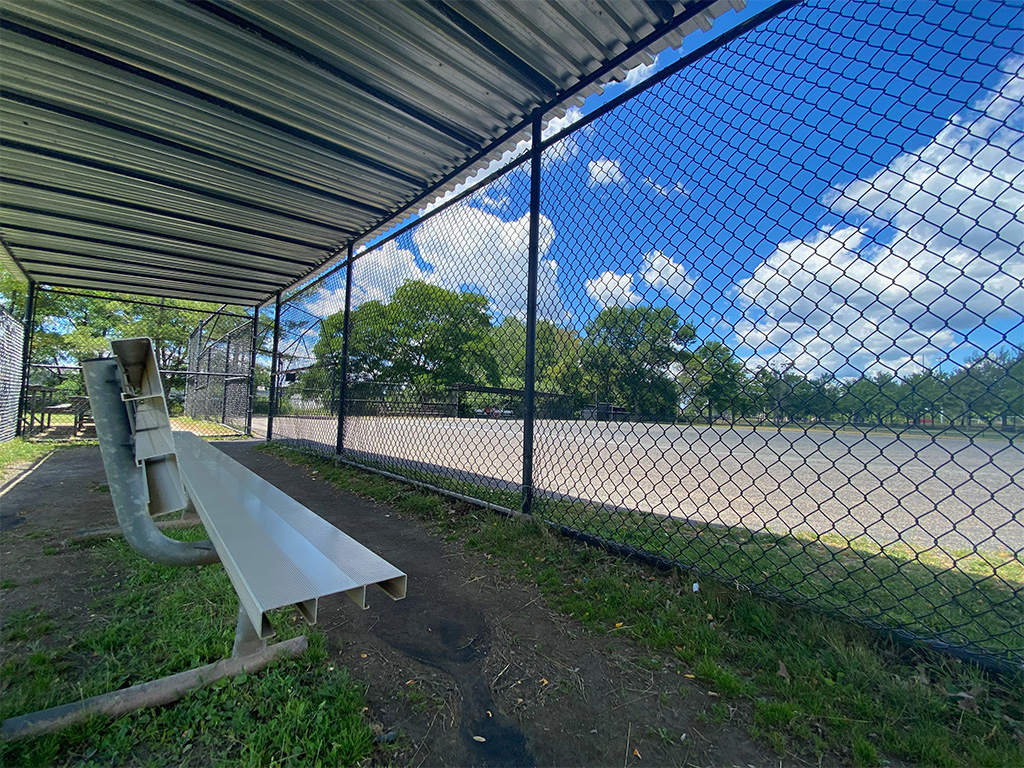 The facilities at a Danehy Park softball field in June. (Photo: Marc Levy)

City Council, 5:30 p.m. Monday. There’s been debate for a year now – this meeting takes place on Day 366 – on how to adjust “linkage” rates charged to developers to a level that encourages construction and gets more affordable housing, and it’s based on a study enabling a leap to $33.34 a square foot from the current $20.10. But to get beyond that requires another such study, which ordinarily couldn’t happen until 2025; a policy order proposes to tweak the language to three years from the date of the last study (in this case, 2019), which means the council would always have rates to consider for adjusting incentive zoning. “We would be able to have a next nexus study from the last time that we did a nexus study,” vice mayor Alanna Mallon explained Monday.

Can recreational cannabis shops owned by “economic empowerment” applicants be given an expanded head-start in the market that locks out larger, corporate-owned stores, considering the hurdles they’ve faced in opening? A report from the city’s Law Department, though couched in cautious language, gives the council a go-ahead.

Years of girls’ sports getting weak support and bad fields compared with boys has prompted a report on how playing fields are used citywide, and it includes news of the revival of a Girlx in Sports Committee founded in 2019 (the next meeting is Oct. 13) and community engagement that began in June resulting in “a major investment” adding changing facilities and bathrooms at Danehy Park as well as other short- and longer-term projects for review. The fields are used for around 22,000 hours in a typical year; a separate discussion of the use of artificial turf gives more details, such as how participation in Cambridge Youth Soccer has more than doubled over the past six years to 1,800 participants from 800. Given the heavy and growing use, use of artificial turf is vital – but Cambridge is looking for versions without the worrisome chemicals known as PFAS. (Another sports-related order calls for “walls of honor” to be installed at each home baseball and softball field in the city by June for Little League, Babe Ruth and girls’ softball players.)

While the Community Development Department is already “fully engaged” in planning in the Alewife Quad and Inman Square and Cambridge Street Corridor, a policy order asks that city staff create and support a North Massachusetts Avenue Corridor Working Group also to develop zoning recommendations for Massachusetts Avenue from Harvard Square to the Arlington border. “There is a pressing need for a long-term planning process to encourage the creation of more housing, improve transportation, support for retail and commercial growth,” councillor Paul Toner writes. He also seeks an update for the Cambridge Street Code by transportation-focused groups, because “there is a need to consider how best to enforce the rules of the road to improve safety for all.”

Finally, there’s a call for the city to help the nonprofit Solutions at Work make a 16-resident shelter for the homeless at 2222 Massachusetts Ave., North Cambridge – the historic R.H. Farwell House that has served as offices for the Weston Jesuit Community.

Ordinance Committee, 2 and 3 p.m. Tuesday. This committee run by city councillors Marc McGovern and Quinton Zondervan takes on two issues: first, ensuring fur isn’t sold in Cambridge (no store in the city sells it now, according to an Aug. 1 policy order) and, an hour later, barring “medical counseling centers” that trick pregnant people into thinking they’re getting objectively administered health care that could include abortion if wanted or needed. The “limited-services pregnancy centers” are instead religiously funded and anti-abortion and seek to dissuade or delay an abortion decision. The committee meets at City Hall, 795 Massachusetts Ave., Central Square. Watchable by Zoom video conferencing.

School Committee, 6 p.m. Tuesday. A spare agenda holds an update from the superintendent on initiatives for the school year and after-school program transportation, a continuing sore spot since abrupt changes to their operation in 2021. A waiting list of more than 200 families remains just for city-run after-school programs, an order notes. The committee meets in the Dr. Henrietta S. Attles Meeting Room at Cambridge Rindge and Latin School, 459 Broadway, Mid-Cambridge. Televised and watchable by Zoom video conferencing.

Garden Street bike lane community meeting, 6 to 8 p.m. Tuesday. A preferred layout for safety improvements to Garden Street, which includes separated bike lanes, would change things for drivers by converting the street to going one-way eastbound (toward Cambridge Common) between Huron and Concord avenues. Bikes will still travel in both directions, with a separated lane on each side of the street. This meeting will discuss the implementation timeline and take questions. It’s watchable by Zoom video conferencing. (There’s also a Garden Street Community Open House from 5 to 7 p.m. Thursday at Garden Street and Concord Avenue, Neighborhood 9, that offers a way to talk with city staff and see plans in-person.)

Planning Board, 6:30 p.m. Tuesday. Owners of Greene Street, a recreational cannabis shop, are back to talk about opening at 1960 Massachusetts Ave., North Cambridge near Porter Square, replacing a branch of the USAlliance Financial credit union. They need to deal with a quirk of the site that adds complication here and before the Board of Zoning Appeal: “A small portion of the parking area appears to extend” out of the business district and into a residential district, planners say. Also on the agenda: The Davis Cos. seeks a continuance on plans for an office building in the Alewife Quadrangle area called Fifteen Wilson (it would combine 40 Smith Place and 45–55 Wilson Road). Makes sense – a moratorium on new office and lab spaces is in place there. Watchable by Zoom video conferencing.

Ordinance Committee, 5:30 to 7:30 p.m. Wednesday. This committee run by city councillors Marc McGovern and Quinton Zondervan meets for a third time in a week, this time to look at setting all parking minimums to zero. The Planning Board gave this idea a 7-0 thumbs-down despite acknowledging that as much as 40 percent of residents don’t have cars. The committee meets at City Hall, 795 Massachusetts Ave., Central Square. Watchable by Zoom video conferencing.