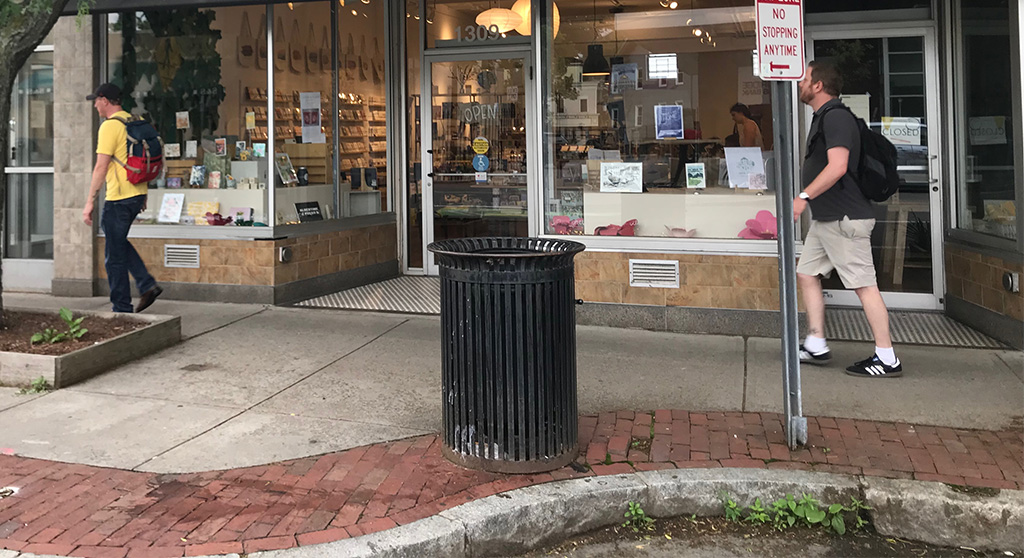 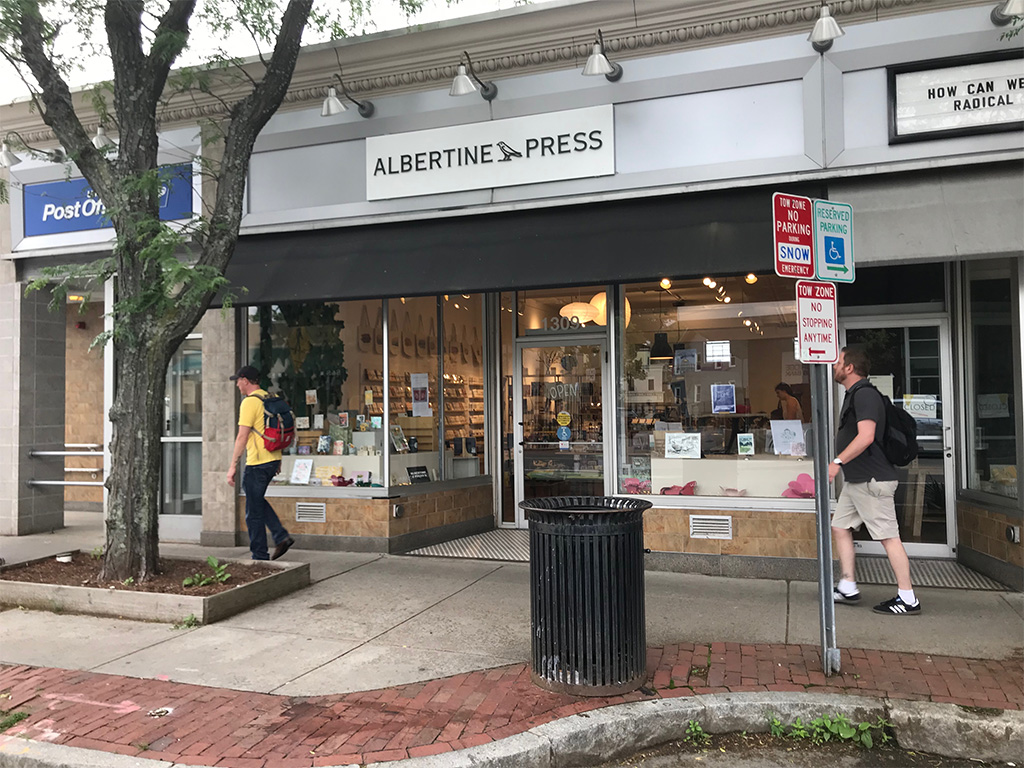 An open trash can in Inman Square in June 2019 – the kind since replaced by rat-resistant Big Belly compactors. (Photo: Marc Levy)

Cambridge is rallying more resources against rats, including a 500 percent expansion of “Smart Boxes” that electrocute the animals one by one and the potential purchase of a carbon monoxide machine that chokes rats to death in their dens.

City councillors heard from staff on Monday about plans to keep down the rat population after years of being overrun, including from the constant turmoil of construction that uproots nesting grounds and sends rats looking for new homes.

Construction sites can expect to get more orders from city inspectors to kill those rats. Officials are looking at requiring by law use of rodent-resistant trash barrels at home and strong steps at run-down properties that may harbor the animals.

A job listing for a full-time city “rat liaison” will be posted in December, and the person hired will maintain an online dashboard to let residents and officials see how the fight against infestation is going, acting deputy city manager Owen O’Riordan said. Staff also committed to increasing visibility for a Private Property Rodent Control Program in which experts visit households to suggest ways to kill or prevent rats, up to and including sending notices about it home with students in the “backpack express” school food program.

Every method sounded appealing on a night councillor Patty Nolan returned to Sullivan Chamber in City Hall after grabbing a drink and reported seeing a mouse in the back room, and after the testimony of Harvard student Evan Tingler during public comment. “This year I’ve seen larger rats than I ever have before, similar to the size of a squirrel or a small cat,” Tingler said. “I hope that the city’s efforts continue to emphasize this issue and work with and around the colleges to ensure that students are not seeing rodents while they eat their meals anymore.”

Perhaps the only anti-rat proposals that were resisted by staff were about rodent birth control and making public garbage disposal citywide into the same three-part system as homes have, with separate receptacles for recycling, composting and general trash. Nolan urged the move, noting that Harvard University follows the practice and so does the city of San Francisco, but O’Riordan pushed back.

“The Big Belly compactor is a pretty robust facility that does a significant job in terms of rodent control,” O’Riordan told Nolan, referring to the trash-compacting devices on sidewalks citywide. The city spent $335,000 for 40 of the Big Bellies in March 2021. “From that perspective, you’re not going to get that much more benefit.”

The rodent birth control idea was of more interest to councillors before John Nardone, deputy public works commissioner, explained how it worked – not as a one-time dose, but as something that rats need to keep ingesting regularly to disrupt breeding.

“It needs to constantly be refilled. It needs to be in a lot of places. And like any type of birth control, it needs to be constant,” Nardone said. “We’d like somebody else to make sure it’s worth it … and there’s a lot of other things that we need to do before jumping to that next level.”

First things includes a carbon monoxide machine that may be in the city’s arsenal by spring, Nardone said, and deploying more “Smart Boxes,” made by a company called Anticimex. In the $586,000 from free cash that councillors agreed on Monday to release to fight rats, $300,000 of it was to maintain and expand the use of Anticimex devices that lure rats inside and electrocutes them aboveground and in sewers. (The rest of the money goes to the home-visit program.) A six-month, $50,000 test of 40 boxes had so far killed 533 rats – a figure updated from the 380 mentioned in a report provided to the council – and looked promising enough to expand, officials said.

Though the math so far works out to around $94 per rat eliminated, the devices work consistently and “up until we got the Smart Boxes, we had no real data on the number of rats that were getting killed,” Nardone said. “The biggest advantage of the smart technology is the fact that it is smart – when we get complaints about a certain location, we can put that technology there and find out, is there really a problem? [If not,] we can either move on or try other techniques.”

When more Smart Boxes arrive, they could be placed at construction sites on city-owned property, Nardone said. Inspectional Services Department commissioner Ranjit Singanayagam said the city was already getting tougher about demanding extermination at private construction sites; it can be forced at gut rehabs and anywhere foundations are disturbed, Singanayagam said.

Getting tougher at home

The city should be just as tough at homes “that invite rodents in by not being maintained,” councillor Dennis Carlone said, and Singanayagam replied: “Yes, we can do that,” though forcing owners to hire exterminators was usually done at abandoned properties.

More than 20,000 rodent-resistant trash barrels have been delivered to households over the past six months for free in a $1.7 million city program, but the city could get even stricter about their use. Nolan and O’Riordan agreed that waste receptacles and the laws around them were part of a larger conversation about the city’s Zero Waste Plan – but one Nolan said she was eager to have in committee.

The rat situation was dire enough that councillor Marc McGovern said he wasn’t ready to walk away even from the rodent birth control concept, despite its complexities and uncertainties.

“We’re at that crisis level. We’ve been talking about this for a long time,” McGovern said. “Hopefully, we do consider trying the birth control piece.”