‘Bones and All’: Searching for where she belongs consumes this cannibal teen 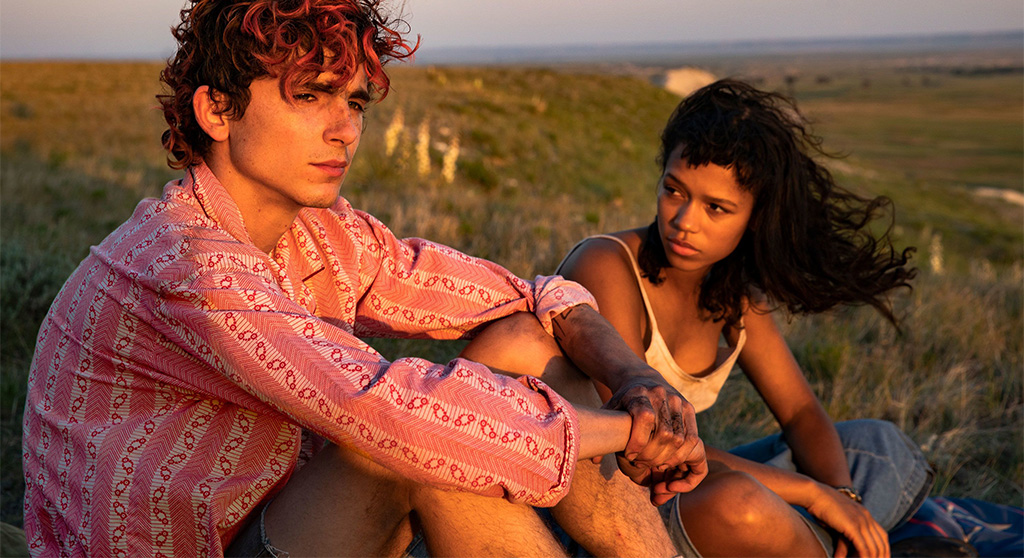 ‘Bones and All’: Searching for where she belongs consumes this cannibal teen

Not really the kind of movie to see after a Thanksgiving Day feast, or even after the leftovers. No, “Bones and All,” the latest from director Luca Guadagnino (“Suspiria,” “A Bigger Splash”) is not for the meek, squeamish or recently well fed, as its subject matter are the folk known as “eaters,” aka cannibals, and it is, at times, quite gory. (There’s a degree of perversity at play here, as Guadagnino’s career-cementing “Call Me by Your Name” in 2017 starred Armie Hammer, who in the years following would be brought up on sexual abuse allegations that included purported cannibalistic yens.)

Based on the novel by Camille DeAngelis, the film begins innocently enough with 18-year-old Maren (Taylor Russell) hanging out with friend as a slumber party. It’s all what normal girls in nightgowns eating junk food and talking about crushes do, until Maren playful nips one of her cohort’s fingers. It’s no big thing until the third or forth nip, when she tries to bite the whole thing off. Friends intercede and Maren sprints off home, where she and her father (André Holland) pack up and depart to a new whereabouts with new aliases. Dad seems to be a champion of his daughter, but shortly thereafter, Maren is on her own with a tape from her father that she plays now and then, through which we learn about her past misdeeds (babysitters fare poorly in the film). Troubled by her condition, which appears to be genetic, Maren decides to find her mother, whom she never really knew. The quest takes her from northern Maryland to Minnesota, with a lot of lessons and feasting along the way.

The setting is the early 1980s, when it was impossible to find a flesh-eaters chat group online – but that’s okay, because these special folk can smell each other. As Maren waits for a bus along the way, a daffy, dapper guy named Sully (Mark Rylance, creepy in a limited role) strolls up and, in an avuncular, Southern twang, tells her he could smell her a mile away and asks her to a house down the way for a bite. Maren naturally is reluctant, and she’s apprehensive as Sully chats away while dressing Cornish game hens. Is this the nourishment he was talking about? Nope. Turns out the house belongs to an elderly woman who’s fallen and can’t get up, and Sully’s waiting for the right moment to feed – just at the moment she dies, because warm food is what’s most desired by the cannibals among us. If the eaters could place an order via Grubhub, the delivery time would most certainly be too long.

Maren moves on from Sully and partners up with a rangy lad named Lee (Timothée Chalamet, who became an A-lister with Guadagnino’s “Call Me by Your Name”) whose methods are more straightforward and seem to benefit society at large – who’s going to miss a convenience story bully? On their meander to Minnesota they swing through Kentucky to give Lee’s 16-year-old sister driving lessons. It’s a strange sojourn, with the pair living on the fringe as vagabond outsiders. They bond, but not really romantically, and encounter other eaters along the way. As you can expect, Sully makes a return appearance, which unfortunately is one of the film’s least credible yarns.

Russell, so good in Trey Edward Shults’ “Waves” (2019) grows as as performer, conveying Maren’s inner turmoil with a nuanced physicality. Chalamet’s laconic Lee comes off as a vulnerable, reflective soul while emanating an aura of quiet lethality. The film is also bolstered by indelible turns by Chloë Sevigny, David Gordon Green (yup, the director of “Joe” and the recent, unbearable “Halloween” series reboot) and Michael Stuhlbarg in small parts, but to say more about the what and why would be to ruin the film.

I can say that there will be times when the eaters feed that you may need to look away or thorough split fingers – and even then will hear the ripping and groans of satiation. It’s not cartoonish like some zombie flicks, but visceral, grim and disturbingly real, like Claire Denis’ “Trouble Every Day” (2001) and Julia Ducournau’s “Raw” (2016). “Bones and All” is definitely not a movie for a family, but it about family, roots and tradition, no matter how troubling that tradition may be.