Top 10 films of 2013 have wolves, whales, and palette includes blackfish, much blue 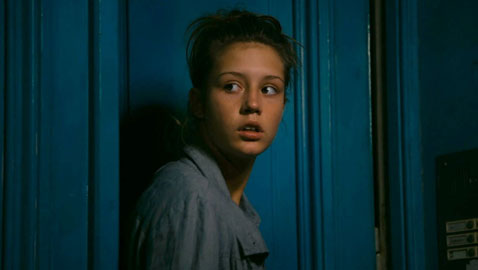 Top 10 films of 2013 have wolves, whales, and palette includes blackfish, much blue

Film writer Tom Meek chooses his top 10 films of the year here, in descending order and with links to full reviews or other coverage. The envelope, please:

“The Wolf of Wall Street”: Everything “American Hustle” wanted to be and more. The brilliant skewering of Wall Street and its shameless avarice roils in the decadent debauchery of real-life penny-stock hawker Jordan Belfort. The effort, which is more earnest and pointed than “Wall Street,” notches Martin Scorsese’s best work since the early ’90s and features another impeccable turn by Leonardo DiCaprio as the “Wolf.”

“12 Years a Slave”: Finally a film about slavery that gets at the grim reality and underlying racial hatred sans didacticism. The revelation is that it’s directed by Steve McQueen (”Shame”), a Brit who happens to be black. If the horror story of a free man duped and sold into slavery for the term of the film’s title weren’t real and documented, the atrocity and inhumanity of it might seem unfathomable. As the wrongfully enslaved Solomon Northup, Chiwetel Ejiofor adds great layers of poignance that go far beyond just anger and outrage.

“A Hijacking”: The other film about a cargo ship taken by Somali pirates. Like “Captain Phillips,” this tale of terror on the high seas is true, though the film is less action thriller and more psychological exploration of the grueling negotiation process and the evolving dynamics between hijacker and hostage. More riveting and palpable, the Danish film should have gotten a more worthy reception when it came out.

“Blue is the Warmest Color”: The film about inextinguishable passion between lovers over years is poignant and heartfelt, but got bogged down in the controversy over the explicit sex scenes between its leading actresses (Adèle Exarchopoulos and Léa Seydoux). Yes, some of the sex is over the top, but the subtle but effective commentary about same-sex unions resonates. The heart of the pic lies in the intriguing evolution of its ingenue (Exarchopoulos) as she becomes immersed in the Parisian art and GLBT scene and ultimately ejected from it.

“Spring Breakers”: Harmony Korine’s screwy college road trip takes norms and throws them on their head. Clean teen queens Selena Gomez and Vanessa Hudgens are part of a quartet who rob a diner to get cash for spring break, and once in the land of the sun, hang out with gangster wannabes and become pretty monsters. Outrageous and riveting.

“Rush”: Ron Howard returns to form after what looked like career suicide with “The Dilemma.” The real-life auto racing drama is set in the bell-bottomed ’70s and gets plenty of gas from the love-hate dynamic between the two racing legends of the era, James Hunt and Niki Lauda (Chris Hemsworth and Daniel Bruhl). The tautly edited auto racing scenes are a wonderment and rapture to behold.

“Blackfish”: Not only the best documentary of the year, but the most chilling film of the year as Gabriela Cowperthwaite chronicles the travails of Tilikum, a marine park killer whale, from his capture and through the death of several trainers. Bullied in captivity by fellow whales while young, Tilikum is the likely perpetrator (some say there is no question), and the most numbing scene comes when Tilikum decides to play with a trainer by holding him at the bottom of a 30-foot pool during a performance. The argument about wild animals in captivity and the consequences is subtle but powerful.

“Short Term 12”: It doesn’t get more real than kids looking after kids in a home for troubled teens. Brie Larson gives an award-worthy performance as a monitor in the home where she was once a resident. To complicate things, she’s dating a fellow overseer (John Galligan Jr.) who shares the same unhappy trappings. Emotionally challenging and deeply rewarding.

“Fruitvale Station”: The true-life dramatization of a black man shot by police in a San Francisco subway station on New Year’s Eve bears haunting similarity to the Trayvon Martin case and, as a result, could not have been more timely. What begins as a day-in-the-life that goes suddenly and horribly astray challenges viewers to evaluate their stance on color and prejudice.

“Blue Caprice”: A chilling dive into the fractured psychology of the Beltway snipers and how the tandem came to be, starting with John Muhammad’s taking an abandoned Caribbean boy under his wing. The evolution to murder is slow and disturbing. Isaiah Washington, not so long ago disgraced for hateful rhetoric as a star of “Grey’s Anatomy,” brings the mastermind to life with sympathy and lethal purpose.