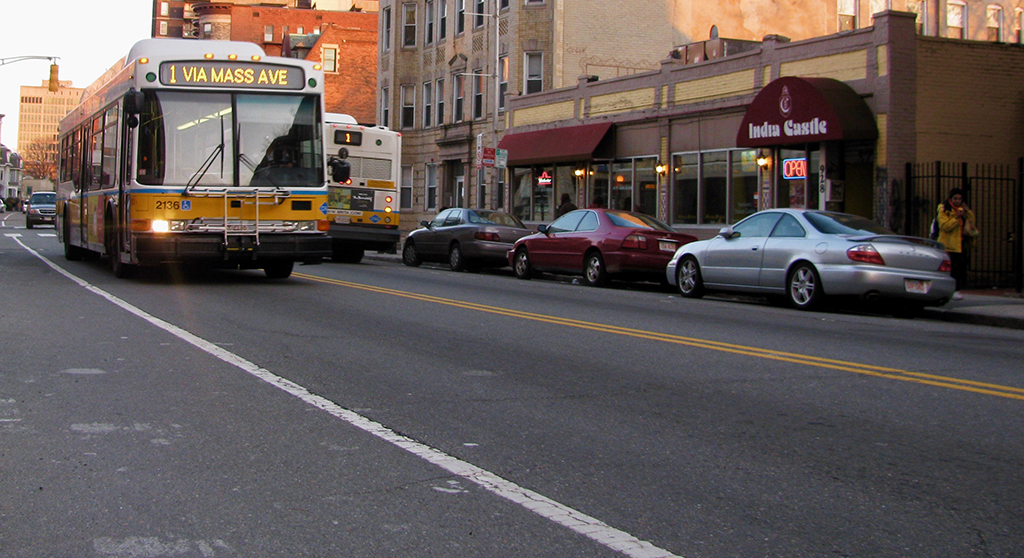 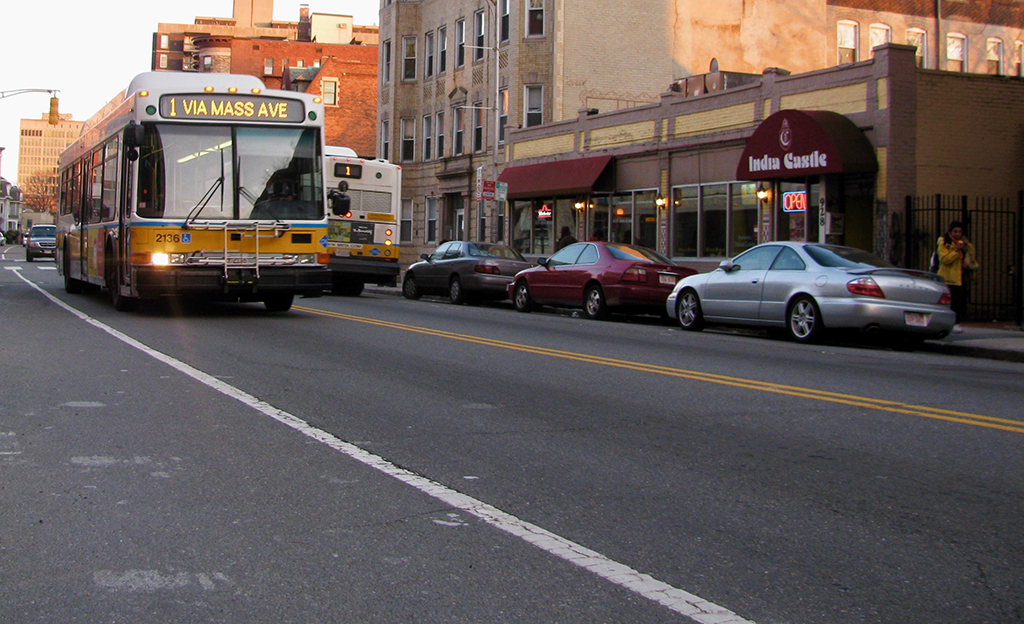 The No. 1 bus heads north from Central Square on Massachusetts Avenue in 2010. (Photo: Marc Levy)

Something for mass transit, Alewife drivers

City Council, 5:30 p.m. Monday. Councillors want everyone to be able to ride free on a busy bus route such as the No. 1 or No. 69 (between Harvard Square and Roxbury and Harvard Square and Lechmere, respectively) as a test of more free access to mass transit, which could be useful for lower-income residents and help reach climate change reduction goals; drivers who live on or around Whittemore Avenue in Alewife could benefit from a request to let them enter from Alewife Brook Parkway – at the moment, no one gets to escape the “crippling congestion” there. The city manager, meanwhile, seeks $1.2 million for design and a bit of constriction at four of Cambridge’s eight firehouses, which will be followed at some point with requests for construction funds – $4 million for the Lexington Avenue house in West Cambridge; $5 million for the River Street house in Cambridgeport; and an unknown amount for the Lafayette Square house, with the Inman Square house getting repairs in this round of funding.

School Committee, 6 p.m. Tuesday. Members plan to use this meeting to review what they’ve been hearing from people about the upcoming annual budget. The conversation is followed by a closed-door session to talk through contract negotiations and a grievance concerning one or more people in the Cambridge Education Association’s Unit C, which represents clerical workers.

Planning Board, 6:30 p.m. Tuesday. Developer Leggat McCall Properties follows up on the deal offered in September by now mayor Sumbul Siddiqui for East Cambridge’s former courthouse at 40 Thorndike St., asking to amend its special permit so it can convert 24,000 square feet of office space into 24 units of affordable housing (joining the 24 units already approved). Also requested: reducing the required amount of off-street parking by 150 spaces.

Restaurants for Porter, Kendall and Harvard

License Commission, 3 p.m. Wednesday. New restaurants are on the way to the old Nomad space at 1741 Massachusetts Ave. near Porter Square (Dear Annie, with a focus on natural wines and pescatarian small plates); 1 Broadway, Kendall Square (Dig Inn, a chain with light and often vegetarian fare sourced from local farms – it has a Harvard Square location coming, and this will serve the MIT crowd); 27 Church St., Harvard Square (Source, to replace pizza maker Cambridge, 1); and 272 Brookline St. (Dimi’s Place, serving up notoriously large slices of pizza). In addition, Melting Pot, which replaced Full Moon at 344 Huron Ave., Huron Village – serving Nepalese food after telling the commission it would continue serving the Full Moon’s menu – is asking to do business as Base Crave.

Central Square Advisory Committee, 6 p.m. Wednesday. The committee is joined by Community Development Department and Public Works Department staff for a look at upcoming projects and updates on ongoing work, including on MBTA elevators, River Street reconstruction and stormwater infrastructure in The Port.

The committee meets at the City Hall Annex, 344 Broadway, Mid-Cambridge.

Ordinance Committee, 5:30 to 7:30 p.m. Thursday. This committee run by city councillors Dennis Carlone and Marc McGovern reconvenes a hearing on the Harvard Square Zoning Petition, which would encourage more housing and retail, reduce parking, and limit chain businesses and how much street frontage could be used by financial institutions and recreational marijuana shops. Televised.

School Committee special meeting, 10 a.m. Saturday. This is a committee retreat taking an overview of a “districtwide framework” and its goals and objectives for the district, as well as such things as School Committee norms and the role of subcommittees. There will also be some planning of a retreat on topics related to race, to be held with district administrators and representatives of the Building Equity Bridges group.