Coronavirus edition, XLII: The ends of the Earth, then back to North Adams to explore Mass MoCa 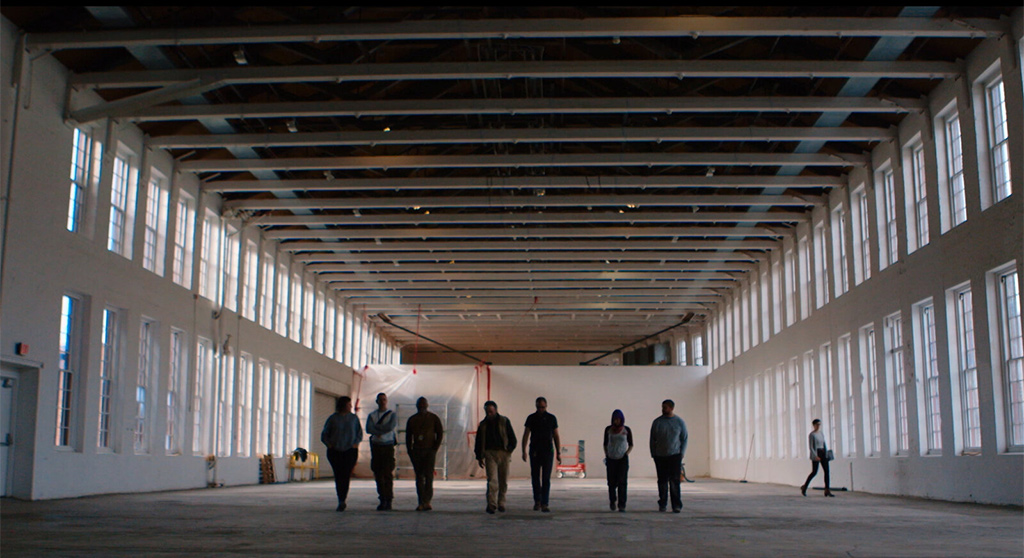 Coronavirus edition, XLII: The ends of the Earth, then back to North Adams to explore Mass MoCa

John Hillcoat, who made such a cinematic splash with the retro western “The Proposition” (2005), disappointingly serves up this tepid good cop-among-a-hive-of dirty-cops drama. It’s got a killer cast, with Casey Affleck (“Manchester by the Sea,” “A Ghost Story”) as the good and Anthony Mackie (“Detroit,” “Captain America: Civil War”) as the leader of those playing both sides of the street. AMC stars Norman Reedus (“The Walking Dead.” “The Boondock Saints”) and Aaron Paul (“Breaking Bad”) find their way in the mix, as does a pre-“Wonder Woman” Gal Gadot, Kate Winslet (“Titanic.” “Ammonite”), Chiwetel Ejiofor (“12 Years a Slave”) and Woody Harrelson. Too bad such thespian firepower gets launched by a stretched-out slingshot of a script. (Tom Meek)

Deepa Mehta, who did the “Fire” (1996), “Earth” (1998) and “Water” (2005) series, helms this coming-of-age tale of a gay teen set against the Sri Lankan civil war in the 1980s. Arjie (Brandon Ingram), the “funny boy” of the title (the term “gay” is not used in the film, because homosexuality is so openly disdained) and his budding desire for his college roommate feels removed from the political chaos in the streets. Division between the Sinhalese and Tamils does eventually play into Arjie’s fate, but it feels more like a staged play where big events happen offscreen – imagine “The Year of Living Dangerously” (1982) if Mel Gibson and Sigourney Weaver never set foot in the bloody, riotous streets of Jakarta. (Tom Meek)

Kiyoshi Kurosawa’s travelogue of Uzbekistan is something of a meta, self-referential exercise, as it follows Yoko (Atsuko Maeda), a young Japanese TV journalist who, with camera crew, hits the Aydar Lake (an accidental big puddle made in the 1970s), a rickety amusement park and a classic Eastern Bloc public market space. While capturing another crew setting up and shooting, Kurosawa also delves into a character study of Yoko and the experience of being a fish out of water in appearance, language and customs. There is also a quest for the mysterious “bramul,” a two-meter creature that swims the Aydar – one Uzbekistan fisherman retorts they will never find one with “a woman in the boat.” The area premiere plays as part of the Brattle’s Virtual Screening Room. (Tom Meek)

Jennifer Trainer has a long history with Mass MoCA out in North Adams. She was a cofounder of the biggest modern art museum in the country, wrote about the museum for The New York Times and now rolls out this documentary narrated by Meryl Streep – currently also in “The Prom” and “Let Them All Talk.” The narrative of the museum’s rise from the husk of an industrial space and its revival of the depressed mill town community around it is rich and enlightening, but also pedantic. Just like virtual art tours of Monet and Dali, nothing beats the real thing – Mass MoCA is a wonderful two-day wander through a maze of visual stimulation. Notable talking heads include Laurie Anderson and Mr. Talking Heads himself, David Byrne. (Tom Meek)

Gerard Buttler and director Ric Roman Waugh, who teamed up for the new disaster flick “Greenland,” also did this Secret Service thriller, the latest in the “Fallen” series (“Olympus” was 2013, “London” was 2016). Buttler plays aging presidential cover man Mike Banning – pretty much the same guy you see in “Greenland” – who lands in the hot seat when he’s the only agent who survives an assassination attempt on POTUS (the regal Morgan Freeman, who also played the prez in “Deep Impact”). With the president in a coma, Banning’s thought to have sold out to the Russians, but you can be sure other forces are at play. Serviceable in its pacing and Buttler’s gruff resolve. (Tom Meek)

The last installment of Steve McQueen’s “Small Axe” series represents a superb summation of his bold narrative approach encapsulating the lives of West Indian immigrants in London during the 1960s and 1970s. Here the Academy Award-winning filmmaker (“12 Years a Slave”) homes his lens in on a 12-year-old boy sent to a school for students with “special needs” – a means of discrimination that prevented many Black children from getting the education they deserved. The film exudes warmth, but the character study doesn’t quite live up to stronger entries in the series, mostly due to an abrupt ending. “Axe” standouts “Mangrove” and “Lovers Rock” more adroitly explore racial tension and cultural community. “Education,” is a worthy close to a series in which they remain must-sees. (Allyson Johnson)