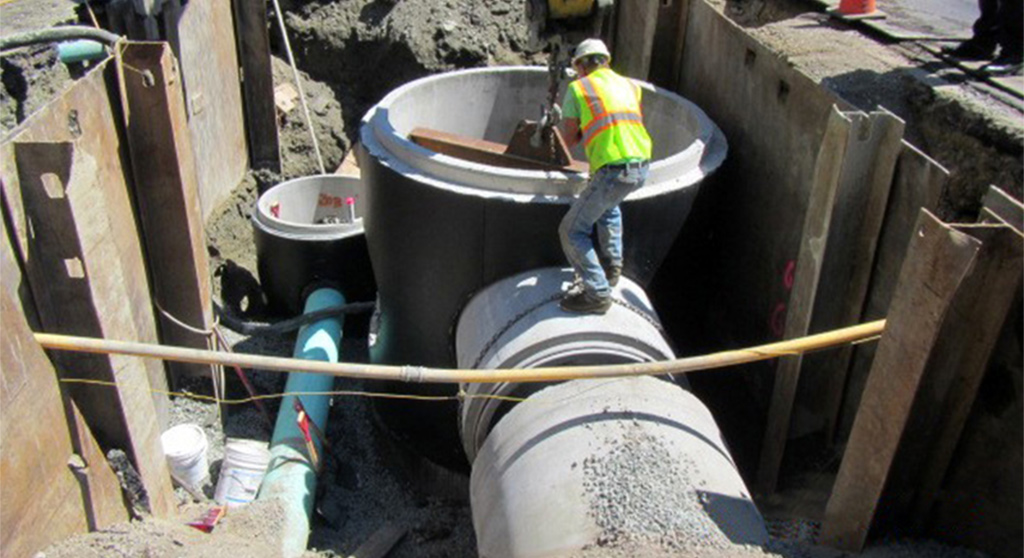 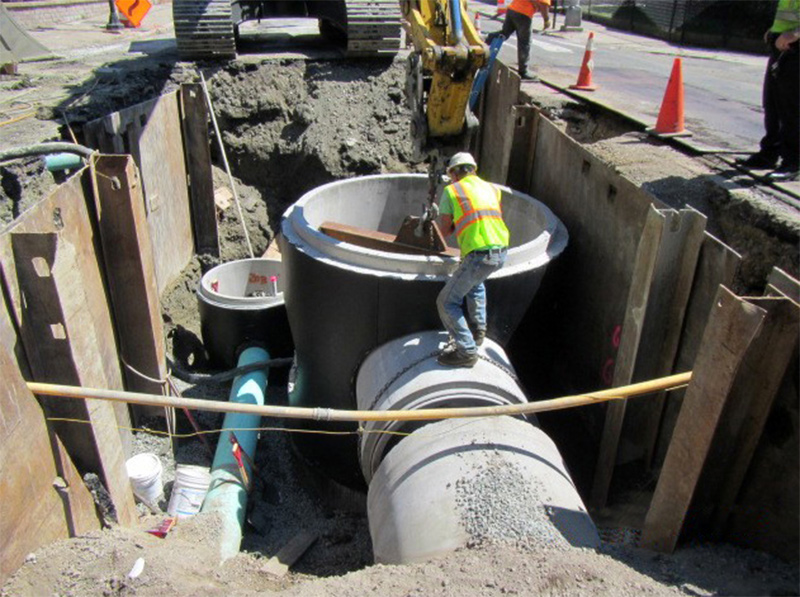 An image from the city’s 10-year Sewer and Drain Infrastructure Plan presented in April 2019. City councillors say the city should anticipate municipal broadband infrastructure by laying conduit while roads are torn up for other work.

Already angry over city staff’s slow, inadequate response about an acoustic music order dating back to 2017, city councillors complained Monday about a lack of action on an issue dating back to 2016: a municipal broadband feasibility study.

Even forcing the city manager to commit to a study of city-owned Internet through a budget mutiny in June hasn’t shown results, as councillors noted in reviewing the same complaints from a committee hearing Nov. 18, now three months ago.

The feasibility study still awaits a “request for proposals” that should bring forward consultants to take on the job, councillor Patty Nolan said, despite there having been a full RFP “very close to a final draft” four years ago.

The city struggles even to offer a lack of specifics around the study. Spokesman Lee Gianetti was asked Monday about the feasibility study and a related digital equity study. The questions were sent after the council meeting, with the request for a comment sometime Tuesday. He asked for another day, and finally produced this answer after business hours Wednesday:

We will be issuing our RFP for broadband design and implementation services for digital equity and options for citywide broadband services once the final internal reviews are completed. We have the final draft of the Digital Equity Report and are finalizing our rollout plan and media release. The Digital Equity report should be public within the next few weeks and hopefully the RFP shortly after.

The response ignored a question about what was behind the delays.

Nolan said she had word Monday “that, yes, the RFP is almost ready to be reviewed and sent out.” Yet the earliest it could be expected to be implemented is now May, she said.

A city-convened task force recommended the study in September 2016, after two years of work, but City Manager Louis A. DePasquale led a stubborn resistance in the face of widespread support for the idea. He gave no public explanation of why until May, when he claimed a study of city-owned broadband would be a “million-dollar investment … leading to a billion-dollar investment.” The source of his figures was unclear; the city’s own task force and its previous consultant found a system would cost only as much as $187 million to install, or around $202 million in today’s dollars. That’s one-fifth of DePasquale’s estimate.

Councillors have expressed frustration that the city is potentially making municipal broadband more expensive by failing to lay conduit while streets are already torn up for other purposes. As much as 90 percent of the cost of laying conduit is opening up the street, Nolan said at her Neighborhood & Long Term Planning, Public Facilities, Arts and Celebrations Committee in November.

“We brought this up in my first term,” said Dennis Carlone, first elected to the council in 2015. “We wanted to put empty conduit in the street of any street that was dug up, and all of many areas in West Cambridge were dug up at that time. It was just a logical thing.” More recently, the city has been digging up streets to repair water mains but still not laying conduit, Zondervan said in November.

Gianetti promised in November to get answers from the city engineer on the infrastructure questions. But those answers haven’t been provided, Nolan said.

That committee hearing had city-hired experts on hand to talk about the digital equity study, which Gianetti said would help shape the full broadband study. Joanne Hovis, president of CTC Technology & Energy, of Maryland, addressed the councillors with warnings that public ownership of a network does not necessarily mean the network will be more affordable. Nolan said she was confused by Hovis’ presentation, which did not strike her as helping the city move forward. Digital equity is part of municipal broadband, but not the entire reason for it, she said.

Even that digital equity study has been long delayed. After councillors approved it in November 2018 with complaints that the city seemed to be “spinning our wheels,” the city did not sign a contract and finish an evaluation process to bring on a consultant until June 2019, Gianetti told the committee. The actual work started in July after the signing of the contract, which was some eight months later; it’s now been around a year and eight months since work on the digital equity study began.

The digital equity study appropriation was first approved more than two years ago “and we were told this November that maybe we will get it in the next month, which was December at the time,” Zondervan said. “I understand that we’re in the middle of a pandemic. But that can account for part of one year, not for all of two years and four months.”

“Not the difficult part”

Nolan said she’d expected to see the scope of expected work on broadband over the summer, when she and vice mayor Alanna Mallon met with staff in August and found the RFP had not been finalized. It was delayed again and in October her committee held a meeting to discuss the RFP, finding “to the committee’s consternation and disappointment” there was none to review, according to meeting minutes.

“We’re actually five years behind where all of you had put us, those of you on the council with the Municipal Broadband Task Force,” Nolan told fellow councillors Monday. “But we are a good nine months behind where we had all hoped to be last May when we wanted this done.”

Residents had their own complaints about city delays on municipal broadband. Christopher Schmidt spoke Monday from the perspective of a member of the group Upgrade Cambridge, which grew out of the city’s own broadband task force to advocate for action on its findings. Staff promised a meeting would be held with Upgrade Cambridge “to identify the needs of an RFP,” but after group members spoke with several people from the city, “nothing has happened since a meeting that itself was already months later than we would have expected,” he said.