As The Brattle nears full reopening to the public, welcome Cinema Week, ‘Too Late’ and ‘Orphans’ 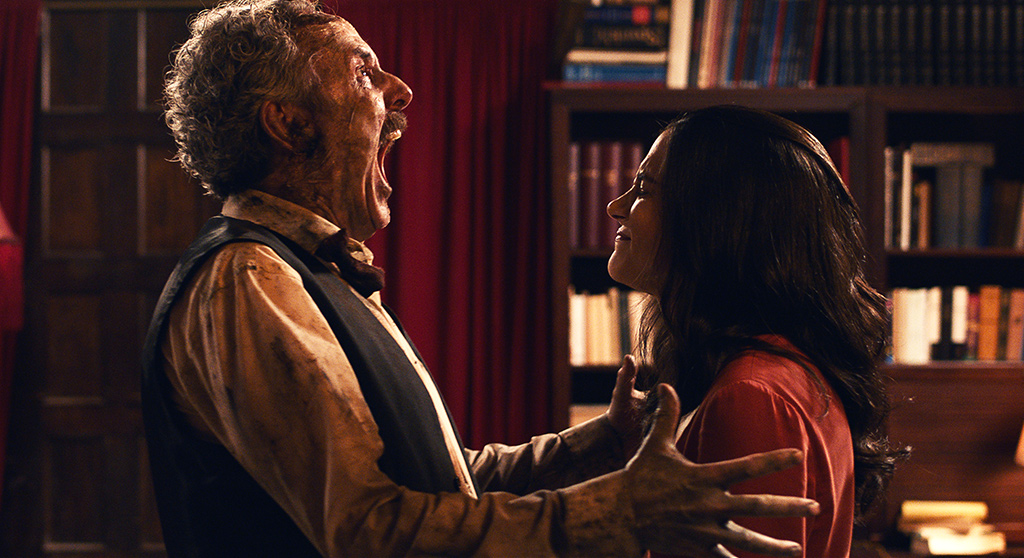 As The Brattle nears full reopening to the public, welcome Cinema Week, ‘Too Late’ and ‘Orphans’

The Landmark Kendall Square Cinema is joining national Cinema Week, a push to put “butts in seats,” or, more sedately, “a five-day nationwide event designed to energize moviegoers … inclusive of exhibitors of all sizes.” That means discounts on ticket prices and concessions, as well as free extras. Cinema Week kicks off Tuesday. To learn more, keep your eye peeled to the cinema’s website and be on the lookout for deals at the other area chains – AMC and Apple Cinemas.

The Brattle is still on target and excited to welcome the public back July 2. In the interim, private engagements and donor and member screenings are helping prep the reopening. The early opening program includes familiar classics such as “Casablanca” (1942), “Jaws” (1975), “Beauty and the Beast” (1946) and “Shaft” (1971) before rolling quickly on to great 2020 films you streamed on the small screen so you can drink in their cinematic glory fully on the big screen. Look for Christopher Nolan’s time-bending brain teaser “Tenet”; “Another Round,” which won the Oscar for Best International Feature Film and has one of the best boozy dance sequences at the end; Kelly Reichardt’s underappreciated “First Cow,” which was Cambridge Day’s top film of 2020 (Reichardt says most of what she knows about film, she learned at the Brattle); the provocative “Promising Young Woman”; and Riz Ahmed’s amazing performance in “The Sound of Metal.” Also this week, The Brattle’s virtual screening room added Bosnian filmmaker Ena Sendijarević’s debut feature “Take Me Somewhere Nice,” a Jim Jarmusch-style road trip (quirk and talky talk, a must!) about a young Dutch woman who travels to see her sick father in Bosnia. For tickets and details, see The Brattle’s website.

A quirky, irreverent horror comedy with the same kind of tongue-in-cheek veneer as Taika Waititi and Jemaine Clement’s 2014 vampire romp, “What We Do in the Shadows.” It’s not about bloodsuckers, however, but flesh eaters. Well, one flesh eater named Bob Devore (Ron Lynch, who looks like a Monty Python escapee), the manager of a comedy depot in L.A. who claims comedians are not humans and eats them – whole. Bob puts his reluctant assistant Violet (Alyssa Limperis) ever on the hunt for new talent, and the better the joke, the better they taste, or something like that. For aspiring comedians, getting booked might mean you get eaten, while if you’re established, you’re too big to go missing. Some of the stand-up material and sexual innuendos are spot-on funny. The film ultimately becomes about Violet and her transformation from underling and dinner bait (if she can’t book ’em, she beds ’em) to can-do heroine. The two leads play off each other with aplomb, and director D.W. Thomas maintains a fine balance between the goofy and the grotesque. Coming to Apple TV, Google Play and Fandango.

It was a pleasure to return to an AMC after more than a year away, even for this soupy, amped-up action comedy sequel that’s even more bombastic than its source, “The Hitman’s Bodyguard” (2017). You’ve got to love the cast: Samuel L. Jackson as the hitman, Ryan Reynolds as the bodyguard and Salma Hayek as the wife – and then there are the additions of Antonio Banderas, the ever elegant Morgan Freeman and Frank Grillo as a Boston cop somehow banished to work Interpol gigs and pissed off he can’t get a Sam in Italy. The problem is, they all seem to be acting in silos: There’s little chemistry, just a lot of screaming at each other and limitless sexual innuendos, with about every third one landing. It doesn’t help that director Patrick Hughes seems to have taken a second round of classes at the Michael Bay school of sensory overload, majoring in jittery camera work and rapid flash cutting, or that writer Tom O’Connor, also returning from the insufferable original, seems to think throwing in “doing things the Boston way” and references to the Kurt and Goldie minor classic “Overboard” (1987) are cheeky gems. I’m not sure just WTF “the Boston way” is, unless it’s a reference to John Connolly and the FBI’s criminal mishandling of Whitey Bulger. (It’s never explained, and if my guess is correct, it’s not funny in any context.) I would have given O’Connor more points had he worked in Russell’s campy follow-up, “Captain Ron” (1992). At Apple Cinemas Cambridge, 168 Alewife Brook Parkway, in the Cambridge Highlands near Alewife and Fresh Pond), and AMC Assembly Row 12, 395 Artisan Way, Somerville.

A fairly straight-ahead true-life drama about the Mighty Mites, orphans who form a football team in Depression-era Texas and vie for the state championship. “Remember the Titans” (2000) or “Friday Night Lights” (2004) this is not. The film homes in on coach and war hero Rusty Russell (Luke Wilson), who comes to the Masonic school and unifies the dozen diverse lads into a gridiron gang. As director Ty Roberts and the team of writers adapting Jim Dent’s novel have it, much of the drama is about Russell and his struggles away from the field and the lads. As a result, we never really get to know the mighty 12, which doesn’t give the underdog story much timber to ignite. The scenes of goal-line combat (see also George Clooney’s 2008 “Leatherheads”) are well done, if a bit overwrought. Well-respected thespians including Robert Duvall, Treat Williams and Martin Sheen add their mugs to the project to little effect. At Landmark Kendall Square Cinema, 355 Binney St., Kendall Square, and Apple Cinemas Cambridge, 168 Alewife Brook Parkway, in the Cambridge Highlands near Alewife and Fresh Pond).