What to watch on the Fourth; the Brattle is back; reviews from ‘Tomorrow War’ to ‘Forever Purge’ 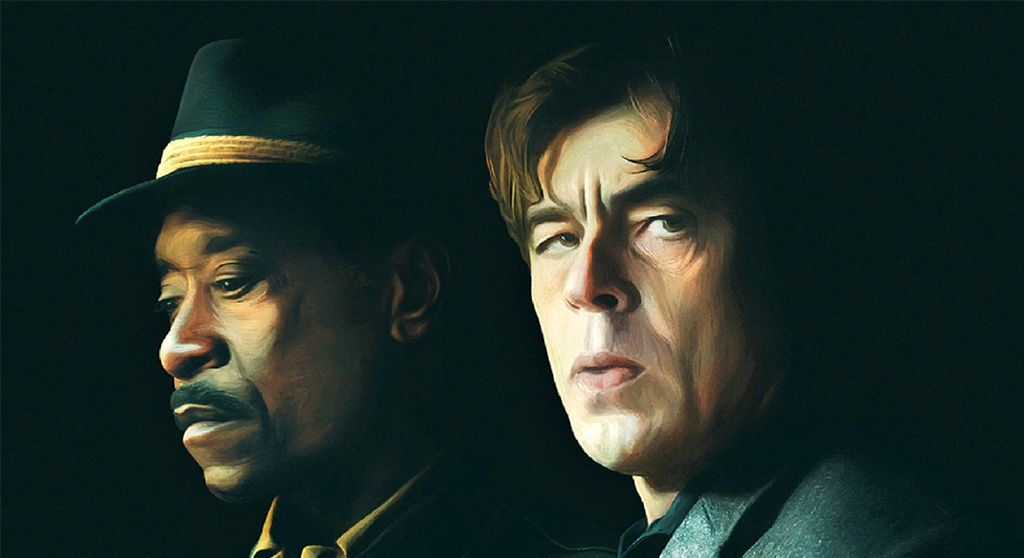 What to watch on the Fourth; the Brattle is back; reviews from ‘Tomorrow War’ to ‘Forever Purge’

Had this been any other year, I’d be steering you to classic Fourth fare such as “Yankee Doodle Dandy” (Michael Curtiz, 1942), and I still encourage you to see that infectious musical drama starring usual gangster heavy James Cagney doing song-and-dance numbers (“Over There”) as American music man George M. Cohan. But the end of Covid and a focus on Black equality, namely Frederick Douglass’ speech “What to the Slave Is the Fourth of July?” reshapes my focus. One very relevant film to take in is Edward Zwick’s liberating 1989 Civil War drama “Glory,” about the nearly all-Black 54th Regiment. The film would win three Academy Awards (for sound, cinematography and Denzel Washington, the fourth Black actor ever to strike gold) and boasts local ties: The unit formally known as the 54th Massachusetts Volunteer Infantry Regiment, which was formed here and fought down along the Carolina coast, is commemorated in a monument just restored and returned to Boston Common. Zwick himself attended Harvard.

Another great reason for independence joy was the reopening of The Brattle Theatre to the public Friday – to me, the real finish to Covid. “Jaws” (1975) and “Casablanca” (1942) had sellouts upon the reopening Friday and Saturday; Sunday and Monday you can take in repertory classics “Beauty and the Beast” (1946), Jean Cocteau’s dreamlike fairytale with a bite, and “Shaft” (1971), the seminal blaxploitation film with that killer title track by Isaac Hayes. Coming later in the week are Bert Stern’s great Newport Jazz Festival documentary “Jazz on a Summer’s Day” (1959, a Boston Society of Film Critics’ 2020 Rediscovery), which someday will make a great double bill with “Summer of Soul” and “Da 5 Bloods,” Spike Lee’s 2020 delve into brotherhood and the ghosts of Vietnam that boasts strong turns from Chadwick Boseman and Delroy Lindo. The Brattle’s newly redesigned website is a perfect, winning bow atop it all. (Tom Meek)

Similar somewhat to the Andy Weir novel “Project Hail Mary,” in “The Tomorrow War” it becomes known that 30 to 40 years in the future, human life on earth will perish. In the book, it’s space algae that kill the sun; in this sci-fi thriller by Chris McKay (“The Lego Movie”), it’s deformed albino velociraptors called White Spikes that have an insatiable bloodlust for human flesh. Military personnel from the future use a wormhole (right in the middle of the field of a World Cup final) to come back to recruit in the losing war against an alien invasion in which guns don’t work so well. Former military operative turned science guy Dan Forester (Chris Pratt) gets hauled in (same thing happens in Weir’s book). Yeah, it’s that simple, for the most. Natch, there’s a ton of shooting and running and CGI mayhem. Not much of it makes you give a damn, and it even wastes the talents of character actor J.K. Simmons (“Whiplash”). “The Tomorrow War” is a runt sibling to “Independence Day” (1996) and “Edge of Tomorrow” (2014). (Tom Meek) On Amazon Prime.

This animated sequel to the 2017 box-office smash featuring Alec Baldwin as a crass, talking infant who’s large and in charge mentions “evil schools,” which made it impossible for me to focus on the film. The reason? Those Catholic schools in Canada where it’s been revealed that indigenous children were mandated for cultural assimilation and routinely abused and worse over a 100-year period ending in the 1990s; unmarked mass graves are being dug up in an ever-growing horror story seeded by hate and oppression. Sorry for the interruption – here, Baldwin’s baby Ted is now an adult but has to get zapped back to baby form to stop said evil schools from brewing up superbabies to take over the world and kick parents to the curb. The series has been well milked, from theatrical hit to streaming series and back to the big screen. Now all we need is “Baby Boss: The Broadway Musical.” (Tom Meek) At Apple Cinemas Cambridge, 168 Alewife Brook Parkway, Cambridge Highlands near Alewife and Fresh Pond) and AMC Assembly Row 12, 395 Artisan Way, Somerville.

Lisa Immordino Vreeland, documentarian of iconic artistic and intellectual elites (“Diana Vreeland: The Eye Has to Travel” and the must-see “Love, Cecil”), proves that less is more in her latest. Here, she attempts to step outside the box and tackle the two literary titans of the title thematically instead of in a tried-and-true chronological approach, which makes the documentary lose the rise-and-fall momentum of a life’s arc. Pulling footage from talk shows, home videos and clips of film adaptations of their work, Vreeland prioritizes the writers’ distinctive voices to tell their stories, making the film feel a bit like a clip show that invites unfavorable comparisons of the voice acting of Jim Parsons as Truman Capote and Zachary Quinto as Tennessee Williams with the real deals; you’ll find yourself longing for the dearly departed Philip Seymour Hoffman in “Capote” (2005). Make sure to stay for the closing credits for a glimpse into Vreeland’s creative process. (Sarah Vincent) At Landmark Kendall Square Cinema, 355 Binney St., Kendall Square.

Not that I was ever a big fan of the Purge series, about a dystopian future when the new government of the United States (the New Founding Fathers, if you will) maintains peace by allotting a single night once a year for citizens to loot, murder and rape with impunity, but this final chapter offers up some sharp, relevant sociopolitical themes amid the bloody mayhem. Here we have Mexicans (Tenoch Huerta and Ana de la Reguera) who fled cartel violence but now toil tirelessly under Texan employers (Josh Lucas, who harbors a visible disdain for “others,” and Will Patten as his ranch owner pa, who holds a more humanistic view of things). Naturally the Purge comes, and the barriers of privilege and prejudice are forced to the back as the four and their immediates throw in together to survive. Throughout the murderous night, there’s some poetry as a Nazi is locked in a police van at the mercy of a black and brown person; later, feeling edgily akin to the Jan. 6 insurrection, the Purge is co-opted by white supremacists and a self-appointed nationalist who wants it to go on “forever.” In the wake of that, and with a hefty dose of irony, the safe haven becomes Mexico. Intentional or not, series writer James DeMonaco has tapped into four years of the Trump administration, from the border wall and racial division right up through that treasonous siege. (“The Purge: Election Year” came out months before the 2016 election.) Unfortunately, once the violence begins and goes wide scale, “The Forever Purge” loses its bite and becomes more pat than provocative. This is said to be the last of the five-film series (there was a TV series as well), though there does appear to be plenty of room for another episode of sanctioned bloodletting and rage – or maybe even a Broadway musical? (Tom Meek) At Apple Cinemas Cambridge, 168 Alewife Brook Parkway, Cambridge Highlands near Alewife and Fresh Pond) and AMC Assembly Row 12, 395 Artisan Way, Somerville.

Matt Hinton’s documentary chronicles the ups and downs of an esoteric 1990s punk/glam band from small-town Georgia with a riveting origin story. Yeah, they come from working-class roots, but what makes the story of the five who make up the band different is their discernible talent (lead singer Lee Bozeman is something of an amalgam of Morrissey and Johnny Rotten), genre-straddling sound; and the fact that several were reared in Eastern Orthodox homes – and that three have gone on to become Eastern Orthodox priests, even as the band continues to put out music. The rock odyssey is a compelling one and flirts with comparisons to Ondi Timoner’s great, quirky rock doc “Dig!” (2004) about The Dandy Warhols and The Brian Jonestown Massacre. Less great is the religious aspect of “Parallel Love,” going down a path talkie and contemplative enough to sap energy from the energetic, more palpable rock side of the film. It feels like a narrowly missed opportunity. Still, the band’s ride and trajectory are just off-center enough to carry the narrative, and the performance footage and interviews are a rockin’, joyful delight. (Tom Meek) On Amazon Prime.

By intent Beth B’s documentary about 1970s punk icon Lydia Lunch is reflective of its subject’s irreverent style, as it wildly tosses together a kinetic retrospective of Lunch’s career as singer/musician (front person for Teenage Jesus and the Jerks), spoken-word performer (with a “travelogue of sexual horror and repercussions”), writer, actor and filmmaker. B and Lunch are no strangers; they roamed the same underground haunts of Manhattan back in the day and even collaborated on a film (the anti-corporate noir “Vortex”) in 1982. The rewind intersperses montages of photographs, interviews and archival performance footage; there’s even a very lean and very young Henry Rollins in there. Warning: Some of the clips are pornographic, and in interviews Lunch openly discusses surviving sexual child abuse and other charged situations. The documentary might have been stronger had there been more of the artist recalling her life and career directly, since she is such a provocative raconteur, but hard-core fans will still be thrilled to hear from other famous No Wave figures such as Thurston Moore and Donita Sparks, among the many. (Sarah Vincent) Part of The Brattle’s Virtual Screening Room.

Steven Soderbergh, the quiet auteur of quirk and neo-noir, is back doing the latter with this big-drama, small-screen who’s-duping-whom set in 1950s Detroit. Old Soderbergh players Don Cheadle (the Ocean’s films, “Traffic,” “Out of Sight”) and Benicio del Toro (“Traffic”) team up as Curt Goynes (Cheadle) and Ronald Russo (del Toro), shadowy hands for hire tasked with a “baby-sitting” job by an employer who wants to remain faceless. What that translates to is getting a coveted dossier from a nerdy big-auto pencil pusher (David Harbour, great here in a role arguably inspired by Albert Brooks in “Out of Sight,” and also the reason to see “Black Widow” next weekend), but complications ensue. Matters of race crop up, as you might expect, as do conversations about catalytic converters, as you might not. Probably the most unexpected thing that rears up in Soderbergh’s twisty weave through old Detroit as drunk in through Cheadle’s Goynes’ trying to make sense of it all is Brendon Fraser as a bloated, baby-faced heavy; it’s a wild incarnation and a deft turn. Adding to the impressive ensemble are Kieran Culkin, Ray Liotta, Jon Hamm and Matt Damon, who seems minted for the part after his turn as an auto designer in “Ford v Ferrari” (2019). (Tom Meek) On HBO Max.