‘Werewolves’ and ‘Summer of Soul’ delight, ‘Crime on the Bayou’ bears a grim message 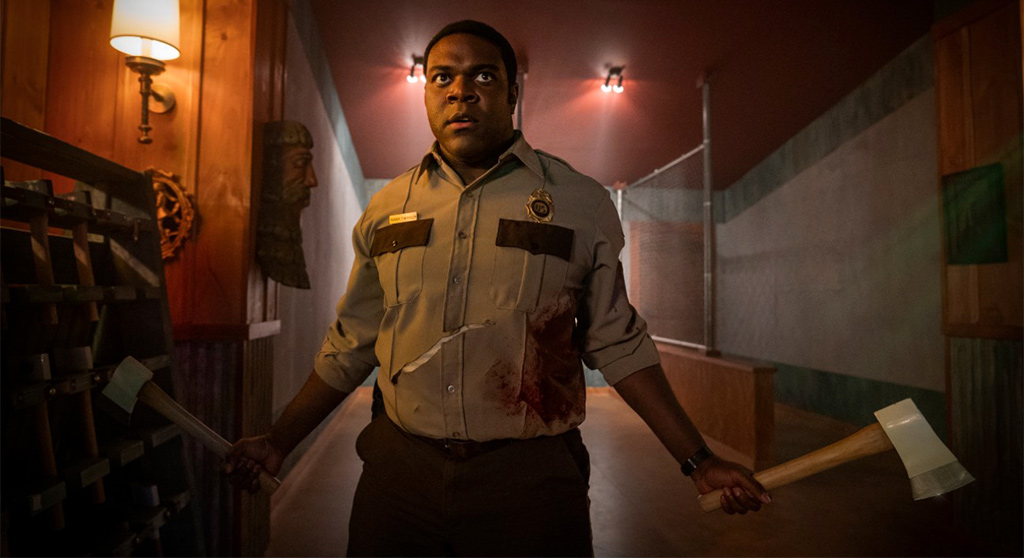 ‘Werewolves’ and ‘Summer of Soul’ delight, ‘Crime on the Bayou’ bears a grim message

Nancy Buirski’s ambitious documentary uses the ordeal of Gary Duncan, a black man that the state of Louisiana unjustly prosecuted, as an entry point to tell the broader story of a totalitarian America that contradicts, yet exists alongside, people’s constitutional rights. The work of out-of-state civil rights lawyers Richard Sobol, Armand Derfner and the firm of Collins, Douglas & Elie ultimately eclipse Duncan’s plight and take center stage. Buirski, best known for “The Loving Story” (2011, adapted in the affecting dramatization “Loving” in 2016) and “The Rape of Recy Taylor” (2017), pulls some punches here and weaves in images of police harassment and notorious trials such as the Central Park Five to imply that such evils are not limited to a specific era or region. The film’s narrative has some inherent problems, as it rewinds constantly to provide backstory before proceeding, but it’s well worth a little repetition to see how far we have come and be shocked at how little has changed. (Sarah Vincent) At Landmark Kendall Square Cinema, 355 Binney St., Kendall Square.

In this Mark Wahlberg vehicle, our local rapper turned Hollywood big boy plays a nonchalant dude named Evan McCauley who learns he’s an Infinite, a rare breed of human who can remember his past lives and tap into their skill sets, which comes in handy when one of those is a master swordsman from medieval Japan. There are good Infinites called Believers and bad ones called Nihilists, and you can see where this is going from the get-go: It’s all Wahlberg all the time, jacked up and shirtless (don’t blame him, man’s in shape) and doing superhero stunts – “Infinite” could almost be a workout video. Antoine Fuqua, who made his mark with “Training Day” (2001), directs with style and visual verve, but it unfurls more like an M. Night Shyamalan sci-fi misfire (“After Earth,” “The Last Airbender”) with its heavy borrowings from similar and far better fare such as “Limitless” (2011), “Inception” (2010), the Bourne films (addled memories, and there’s a Treadway here vs. Treadstone), and even Bond and the “Fast & Furious” films, as far as cars and car chases go. (Tom Meek) On Paramount Plus.

Two rangers set out to save hikers in the South African wilderness, and along the way their drone is taken out by men covered in mud and armed with stone-age implements. Also too, the forest eerily seems to be alive. One of the rangers (Monique Rockman) stumbles upon a trap and is seriously injured. Doom seems imminent, but she wakes in the company of the mysterious men, now tending to her. At night, sightless incarnations that look like something from “Pan’s Labyrinth” (2006) and sound like and behave like the marauding beasties in “A Quiet Place” (2018) come. Jaco Bouwer’s film boasts a lot of the compelling atmospheric elements that drove Alex Garland’s enigmatic “Annihilation” (2018), but the scant details about the occult and the supernatural and shifting narrative focus detracts from an otherwise stylish effort. (Tom Meek) On Amazon Prime.

Horror and comedy howl in symphony here. You can think of it as “Knives Out” (2019) meets “Dog Soldiers” (2002). In the remotes of the fictional New England town of Beaverfield we get an assortment of personalities: a gun nut, a racially mixed gay couple, an unfeeling industrialist and a feminist mail carrier (Milana Vayntrub). Our hero and the film’s lens is Finn (Sam Richardson), a black park ranger wrestling with past issues and new to the pervasively white town. Soon after Finn’s arrival, pets get mauled and someone’s spouse winds up dog meat – literally. By the end of the night the rich potpourri of polarized personas are all locked in a house (more like a reinforced cabin) trying to figure out who among them is the lethal lycanthrope ripping off limbs and legs. More of a whodunnit than campy horror. (Tom Meek) At Landmark Kendall Square Cinema, 355 Binney St., Kendall Square.

Questlove, Jimmy Fallon’s “The Tonight Show” band leader, dives back in time as a filmmaker to document the 1969 Harlem Cultural Festival that was the soul/funk version of Woodstock (aka “The Black Woodstock”). Michael Wadleigh’s 1970 rock doc about the upstate New York hippie fest was shot and compiled in the moment (edited by a young Martin Scorsese) and used only concert footage; Questlove’s vision adds interviews and touches on politics – Jesse Jackson speaks then and now – and race; but as you can expect, the musical performances and the vibe of the era is the soulful pulse of the film. It’s an infectious pleasure to see Stevie Wonder take a seat and bang out a solo on the drums, and Sly and the Family Stone totally knock it out of the park. Other great performances include those by B.B. King, Nina Simone, Gladys Knight & the Pips and the 5th Dimension. (Tom Meek) At Landmark Kendall Square Cinema, 355 Binney St., Kendall Square.

The “Taken” series and its ilk that has come to define Liam Neeson in his later career days as a grizzled avenger (also “The Grey” and “The Honest Thief,” shot here in Boston) gets an ice road trucker spin. Here Neeson’s Mike McCann and his fellow drivers (Laurence Fishburne, a solid add) risk their lives because 26 miners have been trapped underground by an explosion. The drivers are charged with ferrying life-saving equipment across frozen lakes and snow-swept roads. The film’s pretty much a plot clone of Henri-Georges Clouzot’s 1953 classic “The Wages of Fear” (remade in 1977 by Willam Friedkin as “Sorcerer”). Of course there are flies in the ointment, hidden agendas and subplots that bring masked men on snowmobiles to try to thwart the mission. It gets down the road predictably and by the numbers, propelled by Neeson’s growling resolve. (Tom Meek) On Netflix.