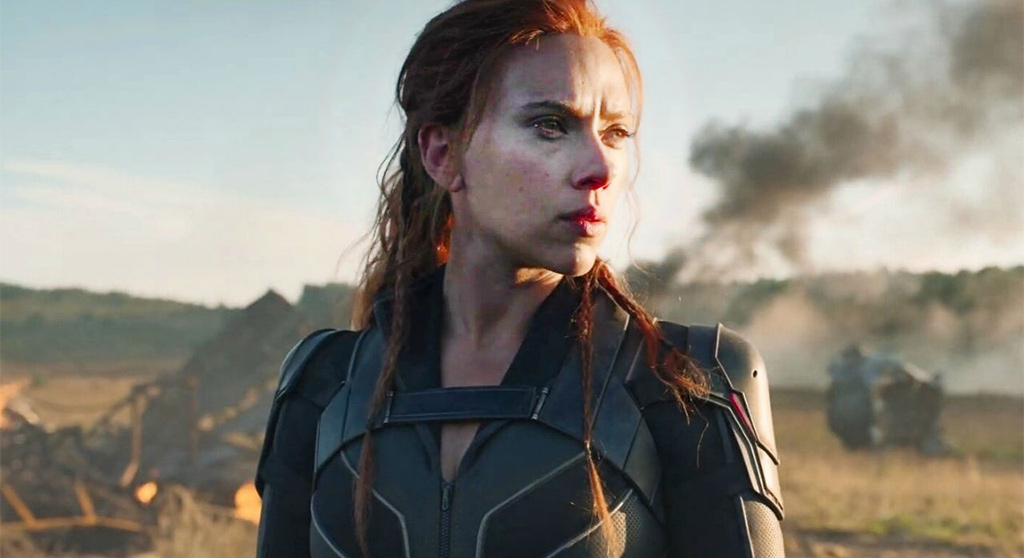 Finally the “Black Widow” backstory drops after long being held back because of Covid. It could be subtitled “All in the Family” or “Family Business,” as Black Widow Natasha Romanoff (Scarlett Johansson) has a whole family of superspies with superabilities. Dad Alexei (David Harbour) is something of the USSR’s answer to Captain America, called the Red Guardian back in the day (more on that later); mom (Rachel Weisz, “The Lobster”) has crazy tech and disguise skills; and younger sis Yelena (Florence Pugh, “Midsommar” and “Little Women”) is a fellow widow (more on that later).

The film, directed by Cate Shortland, kicks off in early 1990s Ohio, where the clan is an embedded sleeper cell (with Ever Anderson and Violet McGraw playing the young sisters) akin to the Jennings in “The Americans” TV series. We’re barely understanding who is who when the feds come for them. After a shootout and flight aboard a rickety single-prop plane, they escape to Russian turf, where the sisters are drugged and sent to widow school (think the unenviable ordeal J-Law’s reluctant spy had to undergo in “Red Sparrow”). Turns out there’s something called the Red Room, a sky-high hidden fortress where a guy named Dreykov (played by Ray Winstone) cranks out a widow army and controls them with a drug that compels obedience to all his devious commands. He’s a pretty pat – and thin – heavy in search of a Bond film, but it’s up to Natasha and her fam to take him down. Of course, having li’l sis as one of the operatives under mind control means there’s skin in the game. There’s also some nonsense about a coveted red gaseous antidote and a plot for world domination or destruction; I kinda lost the point, as the last hour of the film is a loud, crash-bang showdown that goes on and on and on.

As far as Marvel fare goes, this one is done by the Marvel Cinematic Universe template – Disney must have an app that cranks out the plot points – and as a result has little at stake. We know Natasha still has Thanos and the “Infinity War” to go, and there are several name drops of her Avenger friends, whom she says she needs to bring back together. Shortland, who showed so much promise with edgy arthouse draws “Somersault” (2004) and “Lore” (2012), connects the dots, but as with Anna Boden and Ryan Fleck doing “Captain Marvel” (2019), her intimate indie style is nowhere to be found under an unending stream of bombastic CGI effects. I did appreciate the intricate hairstyles given to the widows, especially Yelena’s neatly nested French braids that seemed almost like an armament in their own right. And Harbour, so good in the recent Steven Soderbergh noir “No Sudden Move,” brings the comic relief in spades. Sure, he’s a menace early on, but in the present campaign against Dreykov he’s paunchy and shoehorned into his far-too-tight old red uniform and in constant need of some alpha male ego stroking. He and Pugh’s wisecracking younger widow keep you in the action even as the Russian accents drop and then suddenly return.