In repertory, odd ‘El Topo’ is back at The Brattle; Reviews of ‘Resurrection’ and ‘Take the Night’ 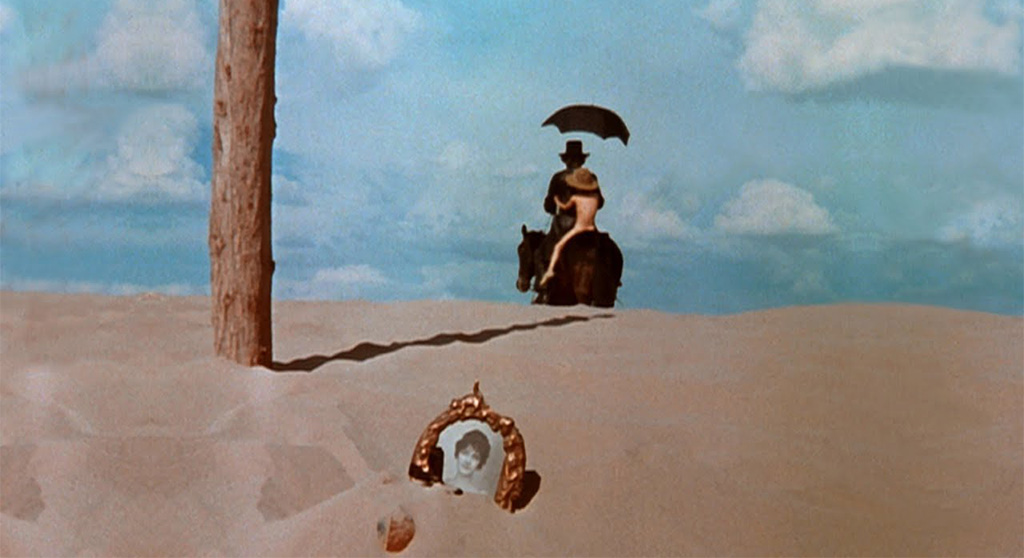 In repertory, odd ‘El Topo’ is back at The Brattle; Reviews of ‘Resurrection’ and ‘Take the Night’

It’s pairing week at The Brattle Theatre, beginning with a twofer as part of a Judy Garland Centennial Celebration with Garland opposite Buster Keaton in “In the Good Old Summertime” (1949) and Fred Astaire in “Easter Parade” (1948) on Monday and Tuesday. Thursday, as part of a “Midnighters” series, it’s quirky cult curios from Alejandro Jodorowsky (the director who originally wanted to turn “Dune” into a space opera): the gonzo western “El Topo” (1970) and equally off-the-hook quest for spiritual enlightenment “Holy Mountain” (1973). Then The Brattle kicks into high gear with six of the seven collaborations between director Josef von Sternberg and his fiery muse of five years, actress Marlene Dietrich, though the slate is without “Blue Angel” (1930), considered to be von Sternberg’s magnum opus and the film that minted Dietrich as a one-of-a-kind star. The Friday-to-Sunday six-pack includes “Morocco” (1930, Friday), a cabaret romance costarring Gary Cooper; “Dishonored” (1931), a fictionalized take on femme fatale spy Mata Hari; “Blonde Venus” (1932), another trip to the cabaret, this time a bit more dicey and costarring Cary Grant; “Shanghai Express” (1932), in which agendas of love and power unfold on a train traveling through civil war China; “The Devil Is a Woman” (1935), von Sternberg’s tribute to his muse; and “The Scarlet Empress” (1934), a historical drama around the life of Catherine the Great. It’s a lifetime of big, boundary-pushing projects that the pair completed in just half a decade.

The “Complete Federico Fellini” program at the Harvard Film Archive rolls into the autumn of the director’s storied career with alter ego Marcello Mastroianni and wife Giulietta Masina playing an aging Fred Astaire-Ginger Rogers tribute act in “Fred and Ginger” (1987) on Monday. Fellini’s last feature, “Voice of the Moon” (1990) starring Roberto Benigni (“Life is Beautiful,” “Down by Law”) is an asylum romp on Friday, and there’s an encore screening of the director’s musing about Ancient Rome, “Satyricon” (1969), on Sunday.

Midnight train flicks seems to be a thing at the Somerville Theatre, aligning with the opening of the newly released action film “Bullet Train.” Last week it was Andrei Konchalovsky’s great existential train ride to oblivion “Runaway Train” (1985); this week it’s John Frankenheimer’s gorgeously shot (black and white) 1964 caper “The Train,” with Burt Lancaster as a French Resistance fighter trying to thwart the plans of a German colonel (Paul Scofield) trying to move stolen art masterpieces by train. Like “Bullet Train” and “Runaway Train,” almost all the action takes place aboard a moving locomotive. It plays at 11:59 p.m. Wednesday.

This week’s Retro Play at the Kendall Square Cinema as part of the “Happy Birthday, Mr. Hitchcock” is “Strangers on a Train” (1951), a you-kill-my-wife, I’ll-kill-yours thriller starring Robert Walker and Farley Granger. The script, from a Patricia Highsmith novel (“The Talented Mr. Ripley,” “Carol”), was adapted in part by Raymond Chandler, and Hitchcock’s only daughter, Patricia, has a part in the film – she had a small part in “Psycho” (1960) as well. Patrica Hitchcock died last year.

Andrew Semans’ psychological horror pic is a WTF slow burn that works mostly because of the bravura performances by leads Rebecca Hall and Tim Roth – especially Hall, whom the film hangs on. She plays Margaret, an intense office higher-up with a big corner office. Listening to her intern talk about her new beau, she replies coldly, “He make jokes at your expense.” Margaret runs like a commando in training and has sex with a married co-worker when her teen daughter (Grace Kaufman) isn’t around. One day David (Roth) shows up at a work conference and Margaret freaks out; then there’s a gnarly human tooth in a purse. Margaret goes to the police, who find no problem. Even though terrified, she’s drawn to David and does him a “kindness” by walking to work barefoot. The subjugation of women will rightfully draw comparison to Alex Garland’s “Men” (2022), which was carried to its zany social horror climax by the strength of its performers (Jessie Buckley and Rory Kinnear), but is closer in plot and construction to Chloe Okuno’s devilishly intense “Watcher” (2022). For rent or purchase on Amazon Prime Video and other services.

There’s a lot to like in Seth McTigue’s hard-boiled thriller, even if it can’t hold up to its promise after all the cards are laid down. The film centers on brothers Robert (Sam Song Li) and William Chang (Roy Huang) – the former just been promoted to CEO of the family’s profitable import business, much to the chagrin of the latter. It’s unclear if William is rubbing salt in the wound or trying to make amends when he arranges a “prank kidnapping” for Robert’s birthday. The faux kidnappers William employs, ex-vets and cons led by McTigue’s taciturn Chad, have other designs besides the festive task at hand. What ensues is a back-and-forth chess match between the Changs and the hard-hitting crew, including a well-done, neon-washed car chase sequence through rain-slicked city streets. The dramatic backstories of the Changs and Chad and his lot tend to bog the action down, but the noirish set and camera work, as well as Jonas Wikstrand’s action-driving, mood-setting score, carry the film beyond a few rough scenes that could have been better pounded out in the script or left on the cutting-room floor. For rent or purchase.

A disappointment from stuntman-turned-director David Leitch, who gave us the “John Wick” movies and “Atomic Blonde” (2017) – though making this film got Brad Pitt to make a fabulous cameo in comedy adventure “The Lost City” (2022) starring Channing Tatum and Sandra Bullock, who have cameos here: Tatum funny as a bullet train passenger who thinks everything is a sex proposal, and Bullock as the “Charlie’s Angel”-esque voice on the other end of Pitt’s hitman, nicknamed Ladybug. He’s on that streaking Japanese locomotive to snatch a case of cash (that’s his main thing – the snatch and grab) but the train is full of other hit types: the Wolf (Bad Bunny), the twins (Aaron Taylor-Johnson and Brian Tyree Henry, both great), the poisonous Hornet (Zazie Beetz), a schoolgirl femme fatale known as Prince (Joey King) and the king entity known as White Death (I’ll leave the actor’s identity out, as well as some other random big cameos). The individual performances hit the mark, with Pitt carrying it all with friendly charm even when getting his face pounded or squirted by a bidet. The script, however, by Zak Olkewicz from the novel “Maria Beetle’’ by Kôtarô Isaka, packs in too many backstories and long soliloquies that scream “I want to be Tarantino.” Nope, sorry. The film feels about 20 to 30 minutes long and literally jumps the tracks in the last set of frames. It’s a fun ride to be sure, but an uneven one that nearly squanders such a talented ensemble. At Landmark Kendall Square Cinema, 355 Binney St.; Apple Cinemas Cambridge, 168 Alewife Brook Parkway, Cambridge Highlands near Alewife and Fresh Pond; Somerville Theatre, 55 Davis Square; and AMC Assembly Row 12, 395 Artisan Way, Assembly Square, Somerville.