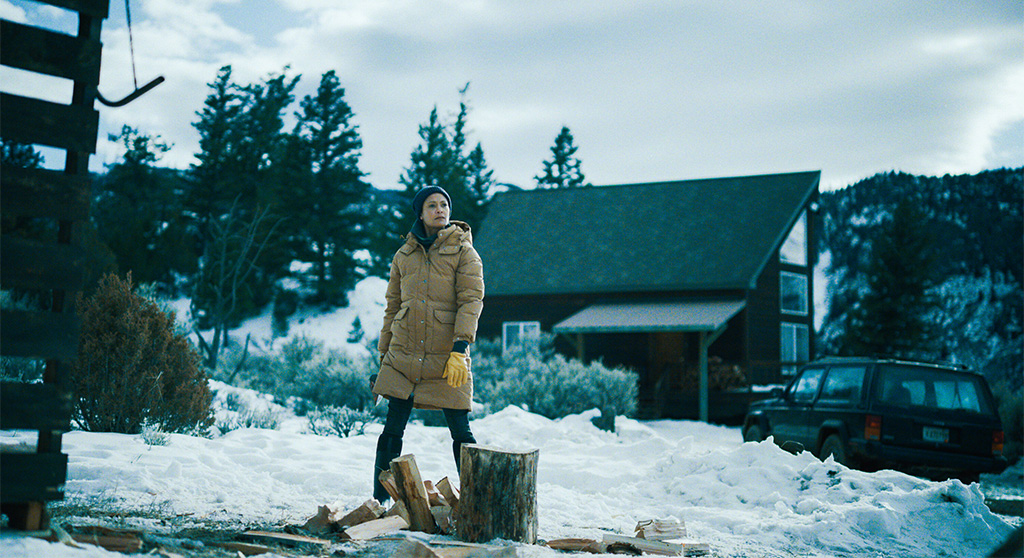 To celebrate Silent Film Day, which falls annually on Sept. 29, The Brattle Theatre will showcase three centennial-notching classics: Fritz Lang’s “Dr. Mabuse, the Gambler” (Wednesday); “Buster Keaton’s Cops” and other shorts (Thursday); and F. W. Murnau’s vampire classic, “Nosferatu” (Friday). The latter serves as a crossover to The Brattle’s “Vampires in the Arthouse” program, which kicks off Saturday with “Thirst” (2009) from Korean auteur Park Chan-wook (“Oldboy,” “The Handmaiden”). Also making an area premier this week is Patricio Guzmán’s “My Imaginary Country,” about the 2019 uprisings in Chile, as well as Guzmán’s “The Battle of Chile” series, made in the 1970s. “Imaginary Country” begins Friday; the “Battle” films play Saturday. (Tom Meek)

The Harvard Film Archive cues up “The Face of Time … The Recent Films of Tsai Ming-liang” starting Friday. The Malaysian-born, Taiwan-based social-realist auteur has used the same muse/alter ego (Lee Kang-sheng) in all of his features. This week’s lineup includes “Stray Dogs” (2013) on Friday and “Goodbye Dragon Inn” (2003), Tsai’s tribute to director King Hu, on Saturday with Hu’s “Dragon Inn” (1967). Both Tsai and Lee will be on hand at the screenings. (Tom Meek)

The Harvard Arts Museums’ “Screens for Teens” – free films for young people and mainly about young people – continues today with “Never Rarely Sometimes Always” (2020), about teen abortion. Sidney Flanigan is a relative newcomer in the lead performance, but feels like a veteran. Other films on the fall slate include the Korean zombie-apocalypse thriller “Train to Busan” (2016), the travails of indigenous teens in “Portraits from a Fire” (2021) and “The Muppets Christmas Carol” (1992). Registration is suggested, as seating is limited. (Tom Meek)

This week’s repertory programing at the Somerville Theater pairs two 1980 curiosities: “Cruising” and “Windows,” films tagged as homophobic and exploitative at the time of their release but that since have been reevaluated by some historians and critics as legitimately raising LGBTQ issues. “Cruising” capped director William Friedkin’s tremendous New Hollywood streak (“The French Connection,” “Sorcerer” and “The Exorcist”) and starred Al Pacino as an undercover cop frequenting gay S&M clubs in New York City to catch a serial killer. On the other side of the double bill is the only film ever helmed by legendary cinematographer Gordon Willis (“Annie Hall,” “The Godfather”). “Windows” stars Talia Shire as a reclusive woman harassed by a male stalker and under the constant lens of a female neighbor with an erotic desire for Shire’s traumatized loner. The films play Tuesday and Wednesday. (Tom Meek)

The “Back to School” Retro Replay series at the Landmark Kendall Square Cinema wraps up this week with a screening of the 2004 clique cabal comedy “Mean Girls,” written by SNLer Tina Fey adapting Rosalind Wiseman’s 2002 nonfiction high school chronicle “Queen Bees and Wannabes” and starring Rachel McAdams and the then-red-hot Lindsay Lohan – who has since famously flamed out Charlie Sheen style. However close to reality Wiseman was is hard to say from a film played for cheekiness with daggers of bullying and othering. Fey allegedly leveraged some of her high school experiences as well. Next month the Retro Replay shifts to ’80s fright night flicks. (Tom Meek)

Lena Dunham (“Girls,” “Tiny Furniture”) gets back behind the lens for this adaptation of Karen Cushman’s YA novel about a 14-year-old medieval daughter (Bella Ramsey, “Game of Thrones”) fending off unsuitable suitors selected for her by a well-intentioned father (Andrew Scott, the priest from “Fleabag’’). It reminds some of the misguided Hulu feature “The Princess,” in which in ye olden times a young lady has to pick up a sword and save her own dignity. That film was more about fight choreography; Dunham’s bites with a feminist edge, featuring a protagonist who’s crafty yet innocent and vulnerable. Ramsey, with a round, porcelain face, pulls off the part perfectly. It’s a big departure from “Girls” in era and setting, with its mucky, mud-strewn streets, but in theme and empowerment, it’s simpatico. (Tom Meek) At Landmark Kendall Square Cinema, 355 Binney St. and on Amazon Prime Video starting Oct. 7.

A crazy but true story about a New York City knockabout named Chickie Donahue (Zac Efron) who, fed up with anti-Vietnam War protests, announces after one too many that he’s going to take beer from New York to his friends fighting in ’Nam. It feels like an empty boast, but then wives and mothers give Chickie socks and rosary beads to bring to their boys. Chickie’s a freighter boiler operator, so he hops a slow boat to Vietnam carrying munitions for the effort. How Chickie gets around an unsafe country where only military can fly will have you asking, “Wow, how much luck can one have?” But beers are delivered as bullets fly over foxholes, and the reality of the American agenda is revealed when riding in a chopper with CIA operatives. Russell Crowe adds a nice, gruff touch as the war correspondent Chickie teams up with as Saigon starts to fall (shades of Peter Weir’s great “The Year of Living Dangerously”). Bill Murray is the barkeep at the joint where Chickie hatches his dare. (Tom Meek) On Apple TV+ starting Friday.

Olivia Wilde’s follow-up to her sensationally witty YA-angled debut, “Booksmart” (2019) is nearly as messy as its tabloid headlines regarding favoritism, firings and its star walking away from promoting an ambitious if overwrought and undercooked project. What we’re given is a desert town steeped in 1950s prosperity where houses are kempt and clean, the men all drive shiny, fin-winged classics and the women are perfect, pretty and dutiful in their servitude. Oh yeah, it’s a man’s world – maybe “Mad Man” world would be more apt. Besides making dinner and having a cocktail in hand to greet Victory Project-employed hubbies (we’re told the “project” is about changing the world, but details are kept under wraps), there’s not much else to do but lounge around the pool with limitless drinks on silver trays. Something’s off, and Alice (Florence Pugh, “Midsommar”) taps into it. Her husband (Harry Styles) reassures her that everything’s okay, but her next-door neighbor (the only Black woman in sight) is in a constant manic malaise that all the men push off as a psychological problem. The enclave’s got a charismatic leader named Frank (Chris Pine) who talks in Trumpian platitudes – “We will not go back, we will go forward,” “Here we are safe to be who we are” and the like – and unfortunately, the film, when it bears its fangs, is just about as gummy. “The Stepford Wives” played with a similar concept back in 1975, and it too was not as perfect as its subjects were in their homemaking activities. But it was the skin-deep concept that broke new ground. (Tom Meek) At Landmark Kendall Square Cinema, 355 Binney St.; Apple Cinemas Cambridge, 168 Alewife Brook Parkway, Cambridge Highlands near Alewife and Fresh Pond; Somerville Theatre, 55 Davis Square; and AMC Assembly Row 12, 395 Artisan Way, Assembly Square, Somerville.

Matt Sobel’s remake of a 2014 psychological thriller by Austrians Veronika Franz and Severin Fiala, about twin boys questioning the identity of their mother, can’t fully recreate the icy chill. To its benefit, there are solid performances out of Naomi Watts (“Mulholland Drive,” “King Kong”) and real-life twins Cameron and Nicolas Crovetti. We get a tape of all four (dad included) during happy times, then jump ahead in time with the dad dropping the boys off at a lake house to spend time with mom, something of a local TV celeb who has undergone surgery that has her head wrapped in bandages. Is it plastic surgery? Why’s the house so messy? (It could use a little Victory Project polish.) And what about dad? Soon enough mom’s being mean to one twin, ignoring the other one and can’t answer key questions, and the boys begin to suspect mom’s an imposter. They hatch a plan, and the bait-and-switch intrigues before ebbing into contrived artifice. The superior original is free on Tubi. (Tom Meek) On Amazon Prime Video.

Professor Sandra Guidry (Thandiwe Newton, “Crash”) lives in a wide-open, snowcapped mountainous wilderness of Montana and works in the warm halls of civilized academia. After two hunters use her property without permission, she leaves a note on the windshield of their pickup truck; when they keep coming back, she refuses to back down despite the physical disparity and looming threat they pose. Julian Higgins’ neo-Western turns the trope of the lone stranger not looking for trouble on its head in unexpected, beautiful and tragic ways. Guidry rejects cynicism and is compelled to confront and change the things she cannot accept, but that list grows as the movie unfolds. Like most women in Westerns, she cries out for civilization: “We all gotta play by the same rules if this is gonna work.” Because of a lack of resources, weak character or corruption, authority figures fail to heed her cry for justice. Once Guidry’s past is revealed, she is no damsel in distress, but remains grappling with frustration over her inability to protect others. This is an unpredictable, majestic visual feast, sparse with dialogue and rife with superb performances, and Higgins’ sophomore feature is a strong contender for best American film of the year. (Sarah Vincent) At Apple Cinemas Cambridge, 168 Alewife Brook Parkway, Cambridge Highlands near Alewife and Fresh Pond.

Reginald Hudlin’s documentary about Sidney Poitier, the timeless, barrier-breaking star who died in January, makes for a wonderfully intimate portrait. It’s clearly made with adoration and care but remains balanced – framing Poitier’s affair with actress Diahann Carroll as a betrayal of the values his father instilled in him, and to which he clung passionately – and for the most is framed by Poitier himself, telling the lens about his life in great detail and with warm, avuncular charm. Race and racial barriers are at the fore or in the corner of every frame. Poitier grew up on Cat Island in the Bahamas and never really encountered a white person until, as a teen, he moved to Nassau and then Miami. Success did not come easy. Poitier struggled to make ends meet and stumbled into acting. His first film, “No Way Out” in 1950, was ahead of its time, casting him as a Black doctor tending to a racist hoodlum (Richard Widmark); “The Defiant Ones” (1958) again had Poitier in a groundbreaking role as a Black man pushing back and taking charge. Then there was his great trilogy of 1967 post-civil-rights films, “Guess Who’s Coming to Dinner,” “In the Heat of the Night” and “To Sir, With Love.” He was the second Black actor to get an Academy Award, and his winning role in “Lilies of the Field ” came in 1963, two dozen years after Hattie McDaniel won for “Gone with the Wind” in 1939. The talking heads who chime in affectionately to give Poitier his due is a who’s who, including Spike Lee (“Do the Right Thing”), Oprah Winfrey (also a producer of the doc), Denzel Washington (the next Black actor to win an Oscar), Halle Berry, Robert Redford (who co-starred with Poitier in “Sneakers”) and longtime friend (though they clashed often), collaborator and contemporary Harry Belafonte. Much is said about Poitier’s dignity and grace, winding back to the hardships and racism he faced; the film reframes that in a whole new light, and lovingly so. (Tom Meek) On Apple TV+.