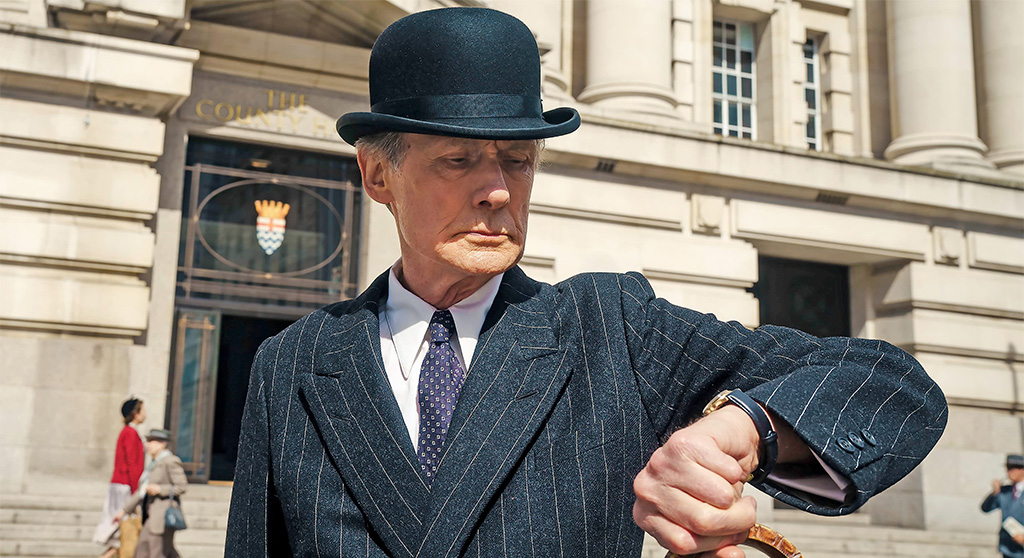 For MLK Monday, the Belmont World Film Festival’s 20th Family Film Festival sets up at The Brattle Theatre with a series of shorts from Weston Woods honoring the legacy of Dr. Martin Luther King Jr., including “Martin’s Big Words,” narrated by the late Michael Clarke Duncan; “Coretta Scott”; “Rosa”; and “Amazing Grace,” about a black girl who wins the part of Peter Pan. There’s also a package of international shorts called “You’ve Got a Friend,” a French feature called “Little Nicholas: Happy as Can Be” and “Icarus & the Minotaur,” in where the youngster who would get his wings and another boy with a bull’s head bond and deal with the doings of King Minos. The fest has additional offerings at the Majestic Theater in Watertown and the West Newton Cinema.

Later in the week, The Brattle – just back from a brief shutdown to upgrade its sound system – fires up its “(Some of the) Best of 2022” series. It partnered with the Somerville Theatre last week during the closing to show some films from the program, including “Top Gun: Maverick,” but there’s more this week with two of the Day’s top 10 films of 2022: “Tar,” with Cate Blanchett, just off her Golden Globe win, as a glass-ceiling-braking maestro with entitled-white-male proclivities, playing Jan. 22; and “Decision to Leave,” the gorgeously framed Korean crime drama from Park Chan-wook (“Old Boy,” “The Handmaiden”) with a knockout performance from Tang Wei as the most unconventional femme fatale. It plays Friday and Saturday with late-night screenings of Aaron Moorhead and Justin Benson’s dark, down-the-rabbit-hole film, “Something in the Dirt.”

This week’s Tuesday Kubrick Retro Replay at the Landmark Kendall Square Cinema is the auteur’s adaptation (many of his masterworks sprung from great literature) of Anthony Burgess’ satirically dystopian “A Clockwork Orange” (1971), delving into mind control, sheeplike social adherence, classism, ineffective controlling rule and acts of hyper-violence perpetrated by disenfranchised youth, who inflict miseries impetuously and with impunity. As Alex, the head sociopath of a gang of “droogs” who wear jockstraps outside their white jumpers – and between turns in Lindsay Anderson’s brilliant Mick Travis films “If …” (1968) and “O Lucky Man!” (1973) – Malcom McDowell cemented himself as one of his generation’s iconic angry-young-men actors alongside Richard Burton and Richard Harris. As usual, Kubrick’s attention to set design, cinematic detail and aural orchestration is meticulous; it deepens as it distorts, making for an immersive, horrific sojourn of an unappealing, near-totalitarian future.

The “(Some of) The Biggest and Best of 2022” co-presentations with The Brattle roll on this week at the Somerville Theatre with Jordan Peele’s third blending of sci-fi, horror and social commentary, “Nope,” a perfect big-screen event that leverages classic archetypes with cutting-edge, progressive views. The casting of Daniel Kaluuya, Keke Palmer and Steven Yeun (“Minari”) is as inspired as their characters are deep. “Nope” plays five time slots Sunday and Monday before the theater cues up the kinetic David Bowie rock-doc “Moonage Daydream,” Brett Morgen’s deftly edited tribute to the glam rocker, from his chameleonic, gender-blurring roots to his turn as an alien in “The Man who Fell to Earth” (1976) and Thin White Duke stage. “Moonage” plays Tuesday. Rounding out the week are George Miller’s djinni love epic “Three Thousand Years of Longing” and Robert Egger’s viking revenge saga “The Northman” (also a Day top pick of 2022) on Wednesday, and the documentary “Fire of Love” (yet another top pick) about volcanologists who get too close to their subject. That’s Thursday with the animated cult hit-in-the-making “Mad God.”

Nic Cage takes up a six-shooter in this straight-ahead Western revenge drama directed by Brett Donowho (“Acts of Violence”). “True Grit” – either version – it’s not. The lack of nuance in the script hobbles what could have been an edgy feud that spans two decades but ends up slack, by-the-numbers and lacking in character development. Cage is fine doing his usual amiable drawl as Colton Briggs, a retired gunslinger who sets up a little house on the prairie with a wife (Kerry Knuppe) and daughter (Ryan Kiera Armstrong). All’s idyllic until the past shows up in the form of a merciless young man (Noah Le Gros, James’ son) looking to even an old score. For a wronged person, this Jimmy McCallister is a Bond-villain sadist who never garners an ounce of sympathy; Briggs’ actions and posture don’t seem to marry up either and Armstrong, in the ostensible “Grit” role of Mattie Ross, lacks affect and empathetic connection, as if she wandered in from the set of “Westworld.” Some of the vast landscapes framed by cinematographer Sion Michel captivate. On Amazon Prime Video.

Doug Morrione’s documentary-cum-contemplation on happiness, sense of place and golf is a shaggy dog story of sorts. We begin with the filmmaker moving to Dubai from New York because his wife gets a job there. Morrione may have intended the film to be something of a travelog, documenting his transplantation and period of adjustment – but then he meets English émigré Eugene Kerrigan, whose mission in life is to shoot an elusive 80-par score on a golf course. From there Morrione homes in on Kerrigan’s quest and the rich potpourri of foreigners to which he’s exposed (Australians, Nepalese, Indians, Norwegians and Africans among them), as well as the pursuit of and definition of happiness. Among the many talking heads are scientists, therapists and religious leaders who provide shade and depth to the theme, cultural experts who profile the international city’s history and confluence of cultures, and the engaging Rev. Paul Burt, whose lifework is the well-being of seafarers abandoned by their country or corporate sponsors and left at sea without fuel or food. The film’s production values are notable, and Morrione keeps things moving in a spritely way, even if he gets caught in a sand trap of self-indulgence every now and then. On Amazon Prime Video.

Oliver Hermanus’ loose remake of Akira Kurosawa’s “Ikiru” (1952), about a post-World War II Tokyo bureaucrat given a terminal diagnosis of gastric cancer, gets a relocation to London, though the era remains the same. Kurosawa is a tough act to top, let alone do justice to through homage, but Hermanus has an ace up his sleeve with staid British actor Bill Nighy as the head of a public works department who gets the bad news and reacts very badly – before becoming solemnly retrospective and taking stock of his life and affairs. It’s a masterful but not unsurprising turn by Nighy, who improved the few “Underworld” films he was in as Viktor, and stole every scene he was in of the neo-holiday classic “Love Actually” (2003) as an over-the-hill rocker mashing up AC/DC frontman Brian Johnson and Robert Palmer. Hermanus’ pacing pairs seamlessly with Nighy’s subtly contemplative shifts. The lush yet dour cinematography by Jamie Ramsay (“District 9,” “Moffie,” “See How They Run”) adds to the reflective confluence. At Landmark Kendall Square Cinema, 355 Binney St.