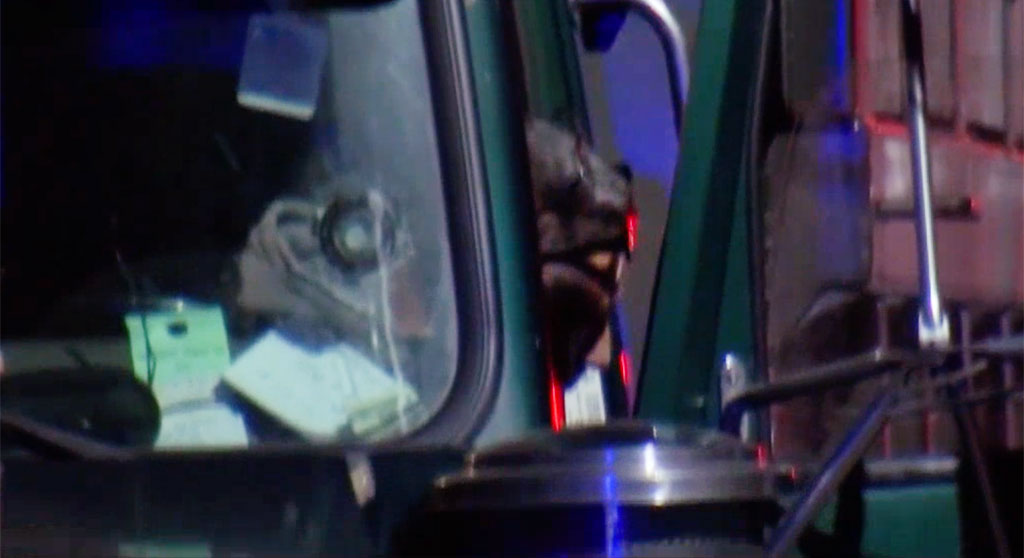 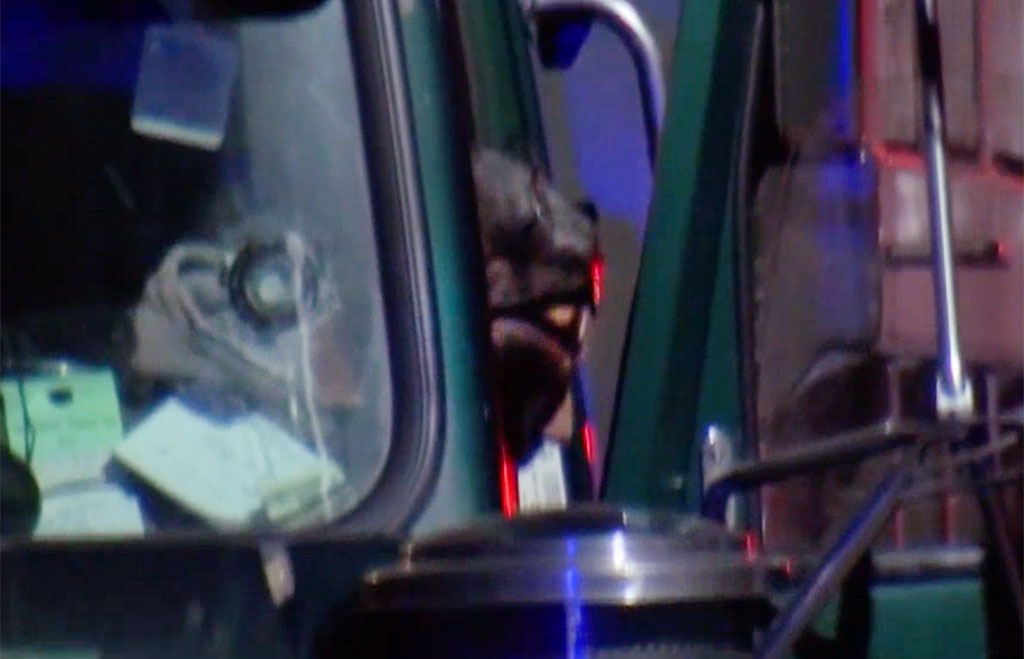 Driver Daniel Desroche is glimpsed in his truck the night of Oct. 5, 2018, in a screenshot from an NBCBoston news report.uit

Dump truck driver Daniel Desroche was found not guilty Thursday of vehicular homicide by means of negligent driving in the death of a 27-year-old Cambridgeport woman last year. A six-person jury acquitted Desroche, 54, of Methuen, after a four-day trial in Cambridge District Court.

Desroche and his family members showed no emotion after the jury gave its verdict, and filed silently out of the courtroom and into a private room in the courthouse with Desroche’s lawyer, Ronald Ranta. Desroche’s wife said they would have no comment “at this time.”

From the other side of the courtroom, victim Jie Zhao’s mother, stepfather, other relatives and her friends also remained emotionless as they walked out of the room and into another private room with Middlesex Assistant District Attorney Ashlee Mastrangelo. Zhao emigrated to the United States at 14 to live with her mother in Waukesha, Wisconsin, and graduated from the Massachusetts Institute of Technology in 2014; she lived on Chestnut Street less than two blocks from the place where she was killed.

Zhao died Oct. 5, 2018, when she walked across Putnam Avenue at Magazine Street as Desroche backed his loaded dump truck through the intersection. According to testimony, she was walking behind the truck and was either hit or fell under its wheels while it reversed; then Desroche drove forward and ran over her again. She died instantly.

Patrick Annese, another dump truck driver who was traveling behind Desroche to the same repaving job on Pearl Street, was watching the intersection at Desroche’s request and radioed him to stop when he saw Zhao in the roadway, but the weight and type of brakes on Desroche’s truck lengthened the time it took to bring it to a halt.

Other drivers waiting at the intersection saw the collision unfold and beeped their horns in an effort to get Desroche to stop. He testified that he thought the horns meant the light might have changed and he was in their way, so he pulled forward.

It emerged during the trial that Desroche’s truck was equipped with a backup camera, but the camera was not working.

Desroche’s attorney, Ranta, asked jurors in his closing argument not to let emotion rule them in a case “in which a young woman died in a horrific, tragic crash.”

“There is only one thing at issue: whether or not Mr. Desroche is criminally negligent,” Ranta said. He said Desroche had asked Annese to watch as he backed up and that he needed to turn down Magazine Street to get to the repaving job because access to Pearl Street from Putnam had been blocked off. “If he had driven further down the road he would have had to back up even further,” Ranta said.

Ranta also pointed out that a cellphone was in Zhao’s jacket pocket and earbuds were found near her body, and he suggested that she was listening to the phone. “How else would she have not been able to see” the truck backing up, and “how is it that she wouldn’t have heard the [backup] alarm?” he said.

Ranta cited testimony from the State Police officer who wrote a report analyzing the crash in which he said Desroche could not have avoided the accident and Zhao was to blame, since she crossed against the light and stepped off the curb into the path of the truck.

“The actions of Mr. Desroche were entirely appropriate,” he said.

Mastrangelo argued that Desroche had acted unreasonably in backing his truck into a busy intersection when he could not see to the rear. “Was it reasonable for him to back a truck that he could not see behind into that intersection? On a Friday night into a residential neighborhood with lots of people?” she said.

Desroche, she said, had other options to get to the paving job, including continuing down Putnam Avenue to Waverly Street or another road where he could circle back to Pearl; asking the detail officer on duty at Pearl and Putnam for advice; or asking Annese to be a spotter, which would require Annese to get out of his truck and direct Desroche with hand signals.

“It was quicker to back up; it was more convenient to back up,” Mastrangelo said. “Was it reasonable?”

As for Zhao, “as she is standing on the curb, is it reasonable for her to think a big truck will back up in a matter of seconds?” Mastrangelo also said that as a matter of law, Zhao’s possible cellphone use couldn’t relieve Desroche of responsibility for the crash “unless she is 100 percent responsible.”

District Court Judge Michele B. Hogan affirmed that, telling jurors they could not consider Zhao’s possible “contributory responsibility” for the crash. But she also told them that Desroche’s failure to ask Annese to be a spotter was not evidence of negligent driving, and neither was the nonworking backup camera.

Jurors took less than two hours to reach a verdict, including time for lunch. The jury foreman, who declined to give his name, said the deliberations “boiled down to whether reversing the truck was negligent. We decided that enlisting assistance from Mr. Annese was sufficient” to show that Desroche was not negligent.

“It was unfortunate. It might have been done differently, but it was not negligent,” he said.

The foreman said at first “it was a struggle to get everyone not to focus” on Zhao’s actions, but jurors soon turned their attention to Desroche’s decision to back up. The foreman also said jurors felt that putting Zhao’s boyfriend on the stand, where he struggled not to weep, was a blatant attempt to enlist their emotions – and they did not like it.

The foreman said there were “unanswered questions,” such as whether there is an industry or driver standard for how and when a truck driver should reverse his vehicle or use a spotter. But jurors had to consider “the case as presented,” he said.