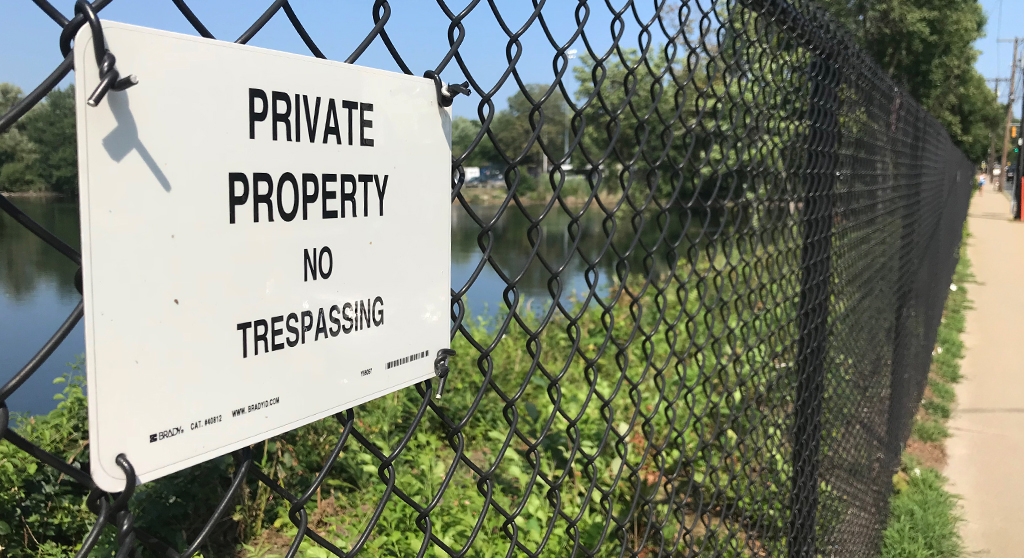 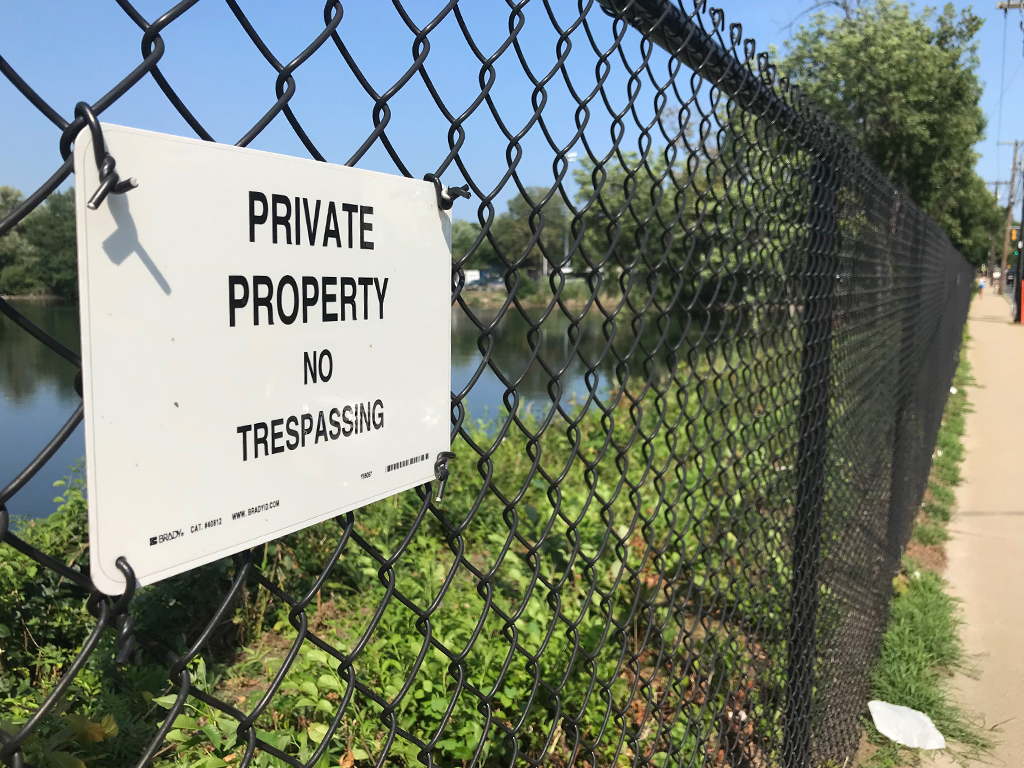 Jerry’s Pond was part of a $125 million sale announced July 8 – but the buyer hasn’t announced its plans for the fenced-in former swimming hole near Alewife. (Photo: Marc Levy)

City Council special meeting, 5:30 p.m. Monday. A likely barn-burner of a meeting. Councillors who had expressed concerns about the militarization of the Cambridge Police Department now have their itemized statement of all police-owned materials, tools and property to look through (read about initial response here), as well as an order to discuss on a defunding measure: transferring primary traffic enforcement responsibilities to the Traffic, Parking & Transportation, Public Works or even Health & Human Services or “another suitable department.” There’s also a request for an update on negotiations with the Cambridge Police Patrol Officers’ Association union, which warned July 8 of a violent “purge” if the department saw cuts to funding, staffing and resources.

There’s a firefighters’ issue too: Members of Firefighters Union Local 30 say they are boycotting the process for selecting the next fire chief, calling it “ripe for abuse” in a Cambridge Chronicle article, where union president Chris Haynes says, “Our position isn’t that we don’t like [acting chief] Gerry Mahoney and we don’t think he should be chief.” City councillors are calling for a report on the city’s process for next the next regular council meeting, Sept. 14.

Councillor Patty Nolan has an order getting the ball rolling on potential charter reform that could make changes tiny or giant to Cambridge’s city manager form of government in place since 1940. “Many cities and towns in Massachusetts have a charter review process built in … requiring a review every set number of years – usually five to 10 years – to ensure the charter continues to serve the needs of ever-changing municipalities,” Nolan said. The council might also pass a Real Estate Transfer Fee Home Rule Petition to send off to the state Legislature in the hopes future giant property transfers will generate more money for construction of affordable housing. The cosponsors note that the council approved orders requesting the city solicitor draft a home rule petition in February 2016, January 2019 and this March, “but no draft was ever produced.” This meeting also marks the start of the clock on some zoning: a “Donovan petition” concerning affordable housing; and a proposed Alewife Quadrangle Northwest Overlay district. And BioMed Realty is asking to restart the clock on its work in Kendall Square, which got lost amid the coronavirus shutdown.

There’s also council interest around Jerry’s Pond, the fenced-off former swimming hole near Alewife, since the life sciences real estate developer IQHQ bought GCP Applied Technologies’ 26.5 acres in a $125 million deal on July 8, and Jerry’s Pond is part of it. The new owners are being cagey about plans (“IQHQ appreciates the significance of the pond. With the acquisition just completed, they plan to look at it closely and engage with all relevant parties,” spokesman Travis Small said July 9), and councillors want to know what’s going to happen to the property, and to get started improving the area no matter what happens.

Also on the agenda is a plan to eliminate library late fines and some other library fees; and a request for street cleaning to continue this year without towing cars left blocking the way. Televised and watchable by Zoom video conferencing.

School Committee special meeting, 5 to 8:30 p.m. Tuesday. Preliminary school reopening plans get a review before being submitted to the state Department of Elementary & Secondary Education: an in-person learning model, a hybrid model and an all-remote learning model. Televised and watchable by Zoom video conferencing.

Transportation and Public Utilities Committee, 2 to 4 p.m. Wednesday. This committee run by councillor Jivan Sobrinho-Wheeler plans to look at how street and public transportation in Cambridge has been affected by the coronavirus, and how to improve the shared streets program. Televised and watchable by Zoom video conferencing.

Tobin Montessori and Vassal Lane Schools community meeting, 5 to 8:30 p.m. Wednesday. City officials and representatives of the architecture firm Perkins-Eastman will present on the $250 million Tobin/Vassal Lane school project in West Cambridge, including progress on site and building design and the impact of coronavirus on its design and schedule. Watchable by Zoom video conferencing, with information here.

Economic Development & University Relations Committee, 10 a.m. Thursday. This committee run by vice mayor Alanna Mallon plans to look at retail “land use” in the city – which means a chance to catch up with all the changes in the landscape over the past, well, decades. The city’s “Table of Uses” hasn’t been updated significantly since the 1960s, meaning it identifies parasols and canes as permissible manufacturing for some districts but not medical device manufacturing, according to a July 2015 report prepared for the Community Development Department. Nothing’s been done with that 5-year-old report, which then-councillor Sumbul Siddiqui called “shocking” in December 2018 because “it’s not okay that we’re hurting our small business” by limiting how and where they can operate. Mallon noted at the time that the Curio Spices shop had spent months wrestling with city laws and paid significant legal fees to open in North Cambridge because its pouring of product from bags into smaller containers made it technically “light manufacturing” not allowed in the neighborhood. The Evelyn & Angel’s Candy Shop at 1702 Massachusetts Ave. took a year to open for the same reasons – because it made its own chocolate – and the Honeycomb Creamery that replaced it, because it made its own ice cream. Then-mayor Marc McGovern said at the time the situation was “crazy” and that councillors would have to “really keep our foot on this to make [change] happen.” Televised and watchable by Zoom video conferencing.