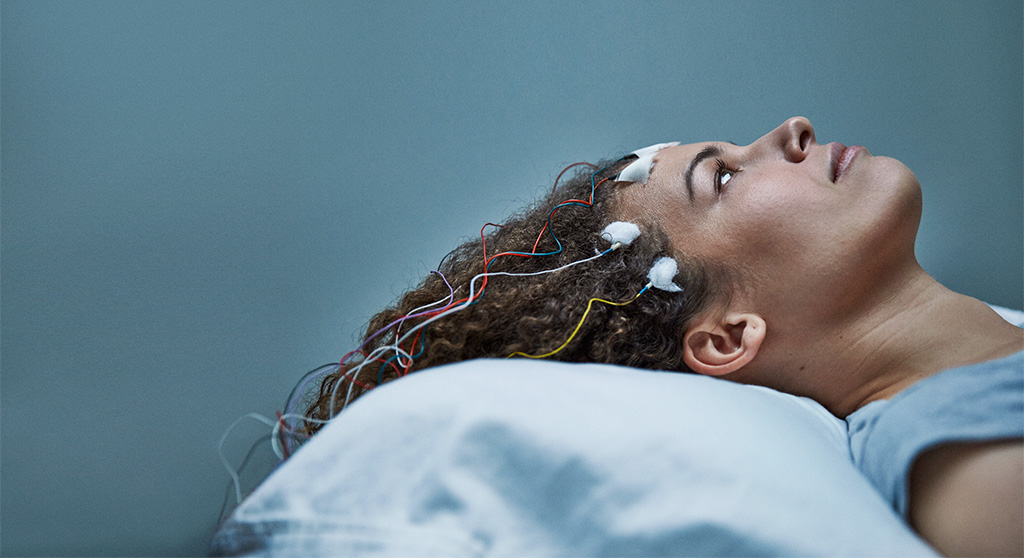 Three recommended films from our critics about or by groundbreaking women:

Actor Ida Lupino (“High Sierra,” “Road House” and about every western TV series in the ’60s and ’70s) made this dark, moody noir, considered the first mainstream film noir by a woman – though three years earlier she made “Outrage,” considered a B-movie and one of the first post-code films to deal with rape. The plot’s based on the true-life 1950 murder spree by Billy Cook. In this taut depiction, two friends (Edmond O’Brien and Frank Lovejoy) on their way to a fishing trip in Mexico pick up a hitchhiker (William Talman), who pulls a gun on them and forces them to drive into the desert. Cruel, sadistic mind games ensue, becoming a lithe, edgy game of cat-and-mouse. The opening sequence, shot low and dark, is pure noir. Lupino, a groundbreaker as a director, would make only a handful of features in the 1950s and turn to TV (“Bewitched,” “The Twilight Zone” and “The Fugitive” among the many), but in 1966 returned to features with the cheeky nun comedy “The Trouble with Angels” starring Rosalind Russell and Hayley Mills. (Tom Meek) On Amazon Prime Video.

In her directorial debut, disability rights activist and Harvard alum Jennifer Brea turns the camera on herself and her friends to give viewers a firsthand experience of the purgatory of chronic fatigue syndrome. This cinematic cri de coeur is Brea’s creative blow against oblivion, so the disabled can become visible, and includes home videos and screencasting that enhances the earnestness of the stories being told – to the extent that viewers may be uncomfortable getting such an intimate glimpse into the lives of Brea and her husband, Omar Wasow, co-founder of the African American themed social networking website BlackPlanet. The unassuming, Oscar-shortlisted film (not nominated) takes a traditional turn when focusing on the history of the central illness. Most of the sick depicted are women, and the medical community often dismisses their ailments as “hysteria” and the like instead of prescribing treatment – an ignorance that only contributes to patients becoming trapped and isolated in their homes, exiled to the margins of society. This pre-pandemic snapshot is prophetic in its detailing of telecommunication applications that the disabled use to create community online. (Sarah Vincent) On Netflix.

This satirical rom-com directed by Jamie Babbitt (“Only Murders in the Building”) has become something of a cult classic. Natasha Lyonne (“Russian Doll”) stars as a teenager sent to a “pray the gay away”-style rehab by her parents, despite not yet realizing she’s gay herself. The film skewers heteronormative gender rules with a vibrant pink and blue aesthetic, and the screenplay is sharp and scathing as it peers at the type of institutions that believe a person’s sexuality is something to be fixed or changed. Aiding that bite is the inherent sweetness in the central relationship between Lyonne and Clea DuVall (“Happiest Season”), a heartfelt and moving romance that beautifully captures young love. Babbitt, who like Lupino has vast small-screen credits (“Gilmore Girls,” “Silicon Valley” and “Russian Doll” among the many), infuses the film with high-octane energy, larger-than-life humor and a cheeky John Waters aesthetic. (Ally Johnson) On IMDb TV.

Two programs continue this week at The Brattle. First up is the retrospective wrap of the works of Hungarian New Wave filmmaker Márta Mészáros, whose films hold a deftly female gaze with a maternal focus. Sunday it’s “Binding Sentiments” (1969), Mészáros’ sophomore feature about a middle-aged woman (Mari Törőcsik) plunged into an existential crisis after the death of her politically prominent husband, along with “Riddance,” the filmmaker’s 1973 exploration of class, gender and generational conflict. On Monday that maternal theme comes to the center with “Adoption” (1975) and “Nine Months” (1976). Tuesday it’s “The Two of Them” (1978) and Mészáros’ best-known film, “The Heiresses” (1980), starring a young Isabelle Huppert as a Jewish woman in 1936 Europe who bears a child for a wealthy heiress.

Wednesday a tribute to Sidney Poitier continues with the 1961 adaptation of Lorraine Hansberry’s play, “A Raisin in the Sun,” about a poor, black family awaiting a life-changing insurance payout.Tuesday it’s jazz and all things French with “Paris Blues” (also 1961) with Diahann Carroll, Joanne Woodward, Louis Armstrong and Paul Newman co-starring. Friday it’s “Buck and the Preacher,” the 1973 western about a wagon master and a con-man preacher (Harry Belafonte) who help free slaves, and on Saturday it’s two of Poitier’s three great 1967 turns: the social-norm-challenging drama “Guess Who’s Coming to Dinner” with Spencer Tracy and Katherine Hepburn; and “To Sir, With Love,” in which Poitier plays a tough-love teacher to an all-white class in London’s rough East End; pop icon Lulu plays one of his unruly students and sings the now-classic title ballad.

This week’s John Travolta-Nicolas Cage“Face/Off” pairing at the Somerville Theatre is the 1978 screen adaptation of “Grease” starring bad boy Travolta opposite sock-hop ingenue Olivia Newton-John, and Nic Cage working with uncle Francis Ford Coppola for the1986 time traveling rom-com, “Peggy Sue Got Married” (1986) with Kathleen Turner as the high school reunion attendee who passes out and wakes up back in school. Also on Thursday for St. Patty’s day and as part of the theater’s big-screen tribute to the films of David Lean is “Ryan’s Daughter,” the 1970 romantic drama starring Robert Mitchum and Sarah Miles. The film, based loosely on Gustave Flaubert’s classic novel “Madame Bovary,” is set in a small village on the west coast of Ireland during World War I where a young woman (Miles) engages in an unfavorable affair with a British officer (Mitchum). It won two Academy Awards (Freddie Young for Cinematography and John Mills for Best Supporting Actor).

This one could be called “Strange Dude on a Train.” Juho Kuosmanen’s slow-rolling yet engrossing drama follows the journey of Laura (Seidi Haarla), a Finnish grad student studying archeology in Moscow, to Murmansk, a 1,200-mile train ride, where there are ancient glyphs or something like that. She has to share a sleeping car with a brutish young boozer named Ljoha (Yuriy Borisov), who upon introduction asks Laura if she sells her body for money. As you can imagine, Laura wants a new compartment, but the Nurse Ratchet conductor will have none of it. In time and sobriety, Ljoha’s poor user interface melts and morphs and the film becomes something of a buddy film sans the genre’s tropes. Kuosmanen’s nuanced orchestration and strong performances from Harlan and Borisov make for an emotionally soulful journey that rides the rhythmic click-clack of the tracks. (Tom Meek) At Landmark Kendall Square Cinema, 355 Binney St., Kendall Square.

Toxic male masculinity, the B-word, the C-word and worse get put on display in this dark, slightly comic, bifurcated horror story. It’s split in that the film begins as a rom-com with Noa (Daisy Edgar-Jones) having a series of godawful, swipe-left app dates. One day she meets charming Steve (Sebastian Stan) in a grocery store and her romantic life blasts off, until it smashes into the harsh reality that Steve has a strange, secret other life where his nice guy exterior ceases to exist. To say much more would ruin the gory, cheeky fun of seeing “Fresh.” Directed by Mimi Cave, the film’s constantly moving and shifting and pleasingly keeps you on your toes. Edgar-Jones as Noa makes for a solid character dive; her vulnerable yet polite composure when dating zeros; satirically self-effacing assessments after; and game resolve when turned imperiled heroine adds nuance to a role you’ve seen before. Stan, on the other hand, best known for his turns as The Winter Soldier in the “Captain America” films, feels a bit miscast, and the attempts at demoniacal hyperbole (think of Anthony Hopkins as Hannibal Lecter) miss, with some blame to the plot and direction. Still the film’s easy to stay with – though there’s some genuinely queasy takes that may have you rethinking your dinner plans – and I really admired how and where they splashed in the title credits. (Tom Meek) On Hulu.

Ryan Reynolds (“R.I.P.D” and “Free Guy,” both Boston set) brings his brand of sardonic nonchalance to this sci-fi time warp directed by Shawn Levy (“Free Guy,” “Stranger Things”) in which his Adam pilots a high-tech spaceship from 2050 – under fire! – through a black hole and back to 2022, where he holes up with the 12-year-old version of himself (Walker Scobell). The reason? Dad (Mark Ruffalo) is the academic behind the titular endeavor enabling spaceships to make their own wormholes. An army of ninja ’bot baddies from the future led by a “Maleficent”-like Catherine Keener turn the whole shebang into a “Terminator”-esque sci-fi dramadey. The best part is Zoe Saldana, who drops in as Adam’s wife from the future to unleash sword skills quite similar to her Gamora in the “Guardian of the Galaxy” films. Jennifer Garner as Adam’s attempting-to-date single mom is a plus, because Reynolds’ “Deadpool” irreverence can commandeer the screen for only so long before diminishing returns start to set in. (Tom Meek) On Netflix.